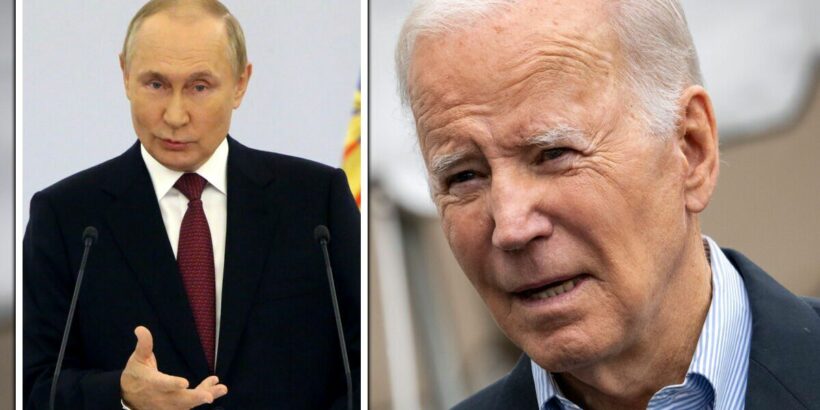 Footage from central Russia has reportedly captured Vladimir Putin’s so-called “death convoy” of nuclear weapons on the move across the country towards the frontline of Ukraine. The repositioning of the equipment is said to indicate an escalation in the conflict as the Russian President hopes to reclaim territories of Ukraine that have been liberated. Former commanding General of United States Army Europe and the Seventh Army, Mark Hertling, has given some insight into the US’ “coordinated and approved” plans for if a reaction to Putin’s potential use of nuclear weapons is needed. He took to Twitter to reassure his followers but added that it was impossible to guess Putin’s next move.

The ex-officer wrote a series of tweets in a bid to quell Americans’ fears over how a Ukrainian success may cause Putin to up the ante as the war in Ukraine rages on.

The 69-year-old told his 450,000 followers on Monday, October 3, that the US has already done “extensive planning” for various situations such as if the President plans to do something “dumb” like resorting to using “nukes”.

The US Department of Defense, the Joint Staff, and several combatant commands have “contingency plans” in place which are based on strategic guidance for all threats, Mr Hertling explained.

These contingency plans are based on both President Joe Biden and the Department of Defense’s guidance. Not only this, but Mr Hertling said there is already a planning manual drawn up that is followed. 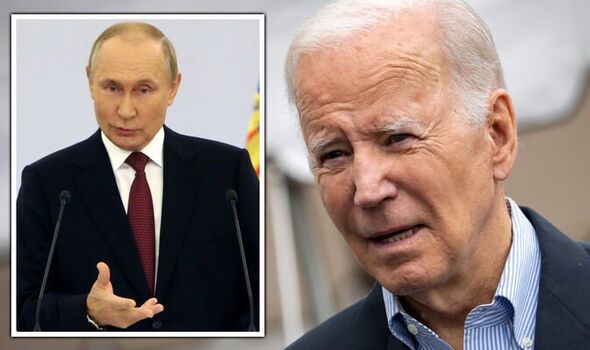 He continued: “[The contingency plans in the manual] spans a spectrum of actions the military must execute, including humanitarian efforts, combat, [and] deterrence of/reaction to enemy use of nuclear weapons.”

While the contingency plans are sometimes called “war plans”, Mr Hertling explained that they are not always used to address war.

The plans are developed by Combatant Commanders and their staff from all over the world before they are approved by the Secretary of Defense, the retired general Lloyd Austin.

He continued: “The [Joint Chiefs of Staff] maintains these coordinated and approved plans in the Pentagon, [the Department of Defense’s headquarters].” 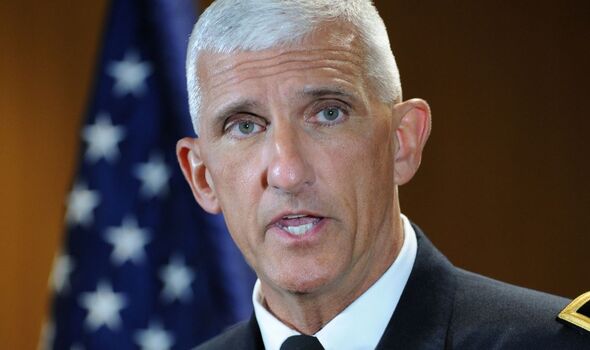 The plans are reviewed “often” and are subject to “war gaming” and “red teaming” on a recurring basis.

War gaming is a type of strategy where armed conflict is realistically stimulated. Red teaming involves practicing the security of an organisations systems by challenging plans, policies, and assumptions.

Mr Hertling added that there is always a “plan” – with multiple courses of action dependant upon the “enemy” – for deterring or countering Russia and other countries’ use of nuclear weapons “on the shelf”.

The New York Times reported in March earlier this year that the USA was making contingency plans “in case Russia uses its most powerful weapons”. However, Mr Hertling debunked this. 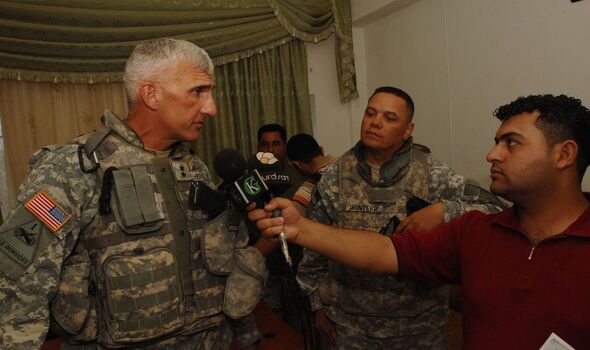 Part of the article, highlighted by Mr Hertling, read: “The White House has quietly assembled a team of national security officials to sketch out scenarios of how the United States and its allies should respond [to] Putin unleashes….chemical, biological or nuclear weapons…The Tiger Team, as the group is known, is also examining responses if [Putin] reaches into NATO territory.”

Mr Hertling said reading this article made him smile because these teams have “always existed” and have continuously tested various potential scenarios – or courses of action as the military calls them — with the team “always being called” the Tiger Team.

Speaking from experience, Mr Hertling added that there is “surely a contingency plan for anything [Russia] may consider”.

He continued: “The contingency plans are further and constantly refined by intelligence from multiple sources the US government receives… signals, satellites, human sources, movement of forces, etc. The only wild card is…Putin’s decision-making.”

The bottom line, Mr Hertling concluded, is that there are contingencies of what might happen, but that there is no pundit who can predict what Putin will do next. All the US can do is gather intelligence, watch closely and undertake “prudent” planning to mitigate and prepare America and NATO for a response, he added.