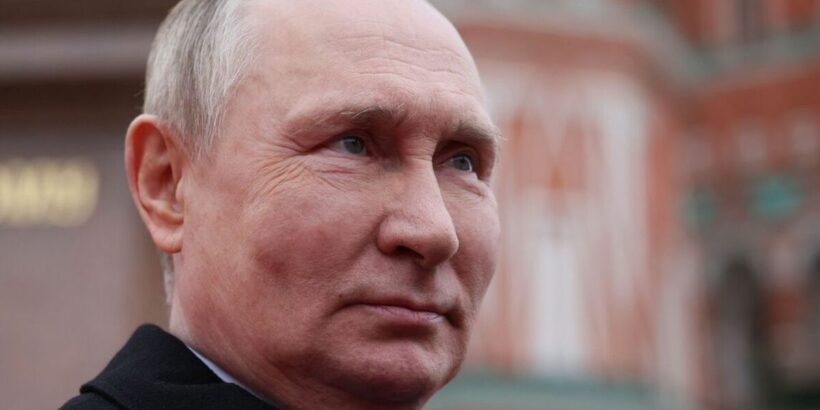 Russia is suffering significant setbacks in Ukraine, with the country’s army on the back foot and NATO now weighing a response after suspected missiles exploded over the border in Poland. Vladimir Putin is fast losing footholds, with a recent MI5 briefing stating that security services have successfully routed spies from several European countries. Now, experts have helped to expose the basic principles behind the President’s propaganda tactics.

According to one expert, Putin’s administration operates on “well-known” communications concepts.

The first, he said, is to “never deviate from the line that victory will prevail”, even “if all the evidence suggests otherwise”.

The second concept, Professor Alexander added, is that “every event” should be viewed through a war effort lens.

He said: “Every event, political, communications or otherwise, should go through the filter of will this encourage people to serve the war effort and to keep on serving.”

Professor Alexander added: “If it doesn’t, don’t do it.”

The critique of Russia’s propaganda comes as experts identify a tonal shift in the country’s communications.

While officials started by insisting the invasion would stamp out nazism over the border, that much-discredited objective appears to have faded from propaganda.

Instead of a fight against Nazis, in late October researchers saw the narrative shift to counter-terrorism.

Posts shared on social media claimed that Ukraine was planning to stage attacks on its own territory that ultimately failed to transpire.

The researchers suggested that Russia designed the posts to denigrate the country and chip away at support for weapon shipments.

Kyle Walter, the chief of US startup Logically, which helps organisations combat disinformation, said there was a “concerted effort to frame it as a counter-terrorism operation”.

While some propaganda filters into the west, Russia directs most attempts to distort the war’s narrative inward.

Experts from the RAND Corporation think tank have dubbed the country’s approach a “firehose of falsehood”.

Researchers from the organisation said the propaganda disseminates false information using “high numbers of channels and messages and a shameless willingness to disseminate partial truths or outright fictions”.

They concluded that Russian communications rely on people being “poor judges of true versus false information”, vulnerable to information overload, familiar appealing themes, falsely evidenced claims and the “appearance of objectivity”.