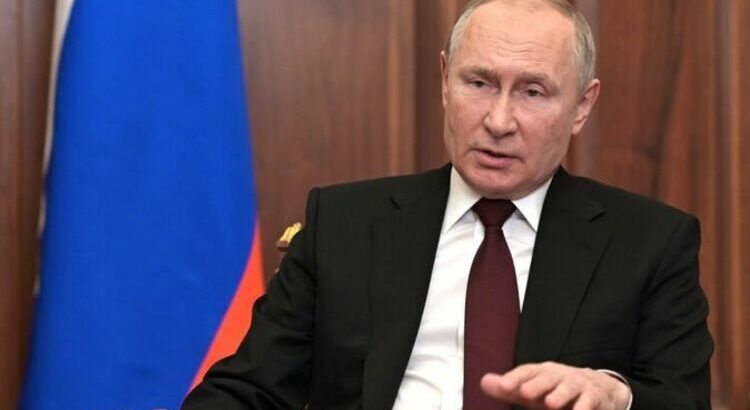 While Vladimir Putin’s exact military objectives in Ukraine do not appear to be fully apparent in the West (perhaps even in Russia), it is widely accepted many of his objectives failed in the first month of the war. Despite this, figures are urging the Moscow regime to go further – to invade more countries and keep up the offensive.

He, quoted by Francis Scarr of the BBC, said: “I’ve got the impression that the de-Nazification operation should in one way or another take place not only in Ukraine because what we’re now seeing in the Baltics is an outright honouring of the Nazis.”

This, if enacted, would see Estonia, Latvia and/or Lithuania at threat of Russia.

All three of these countries, which once were in the Soviet Union, are members of NATO.

Were Russia to invade a country in NATO, this would, as per the alliance’s Article Five, be “an attack against them all” and would bind all of NATO to “assist the Party or Parties so attacked by taking forthwith, individually and in concert with the other Parties, such action as it deems necessary, including the use of armed force, to restore and maintain the security of the North Atlantic area”.

Danyuk conceded the invasion of one or more of the Baltic states by Russia was “unlikely”.

But the very suggestion is evocative of the extend to which the Russian pundits which receive airtime are supportive of the war and wish it to go further.

His comments are just the latest example of Russian propaganda becoming more and more extreme in recent weeks.

READ MORE: Putin plot to WIPE OUT Ukraine – entirely from the map

The war started with Putin announcing a “special military operation”, which he insisted was essential to protect people from the “abuse and genocide [of] the Kyiv regime”.

Now, pundits on state-funded television programmes, viewed by millions of Russians, are insisting “de-Nazification” is not enough – that Ukraine ought to be abolished altogether.

Alexei Martynov, again quoted by Mr Scarr, said on Channel One earlier this week: “It’s already clear that the moment [for the Ukrainian leadership to save their country] has passed, that there will be no Ukraine.

“There will be no such state.”

RIA Novosti, another Russia state news agency, also recently published an article by Timofei Sergeitsev calling not only for the “de-Nazification” of Ukraine but the “de-Ukrainianisation” of Ukraine.

This, he said, would include “a rejection of the large-scale artificial inflation of the ethnic element of self-identification of the population of the territories [of areas, including Ukraine] begun by the Soviet authorities”.

Meanwhile, the Kremlin has enacted strict measures to clamp down on anti-war demonstrations at home, further dampening the voice of dissent.

Duma Chairman Vyacheslav Volodin last month announced there would be a “very tough punishment” for those who “make statements which discredit out armed forces”.

Intentionally spreading “fake” news about the Russian military is now punishable by up too 15 years in prison.