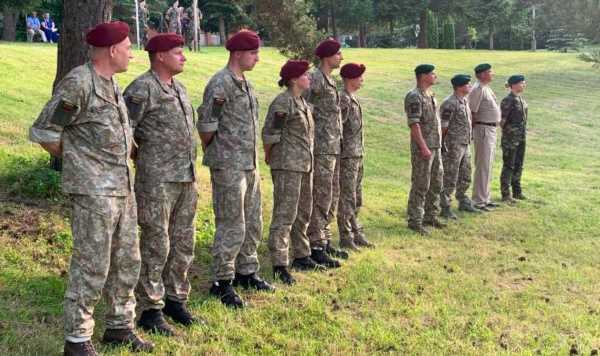 Residents of Kybartai in the Suwalki corridor, a piece of land 60 miles wide sandwiched between the Russian territory of Kaliningrad and Putin ally Belarus, fear that they would be next if Ukraine were to fall and Putin were to continue advancing through Europe.

In the 1940s and 50s thousands of Lithuanians were sent to Soviet prison camps known as gulags, where around 30,000 of them perished.

As a result many are keen to take up arms to defend themselves against the Russians.

Vytas Grudzinskas, 59, lives in Kybartai and joined his local militia group the Riflemen in 2014 when Moscow annexed Crimea.

He told CNN: “My father was sent to Sakhalin in Russia’s far west for 15 years.

“He ate grass the first year to survive. 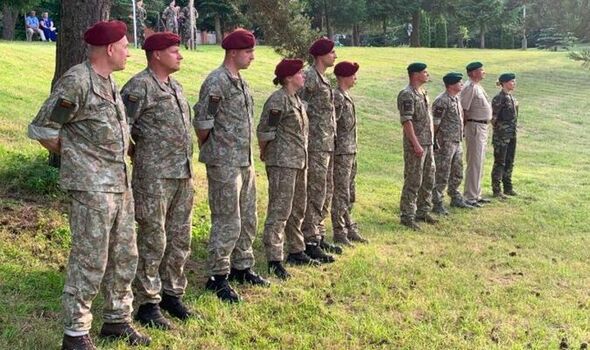 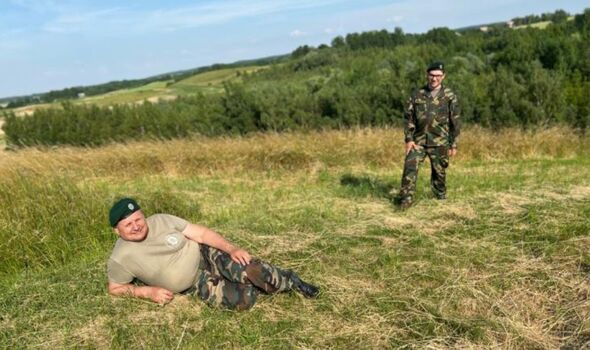 “How can you trust Russia? With our history?

“Of course, I’m scared. How could I not be? My family is here. I built this house with my bare hands.”

Him and his men are the first line of defence if the Russians, currently stationed 60 feet away, enter NATO and EU territory. 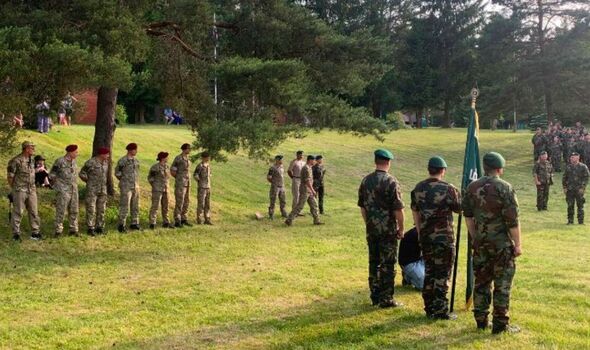 The militia’s numbers have risen rapidly, with 12,000 volunteer members and that figure increasing tenfold each month, according to commander of the 4th Regional Command Egidijus Papeckys.

The number of new recruits joining each month has also soared from 10-12 to over 100.

Mr Papeckys, 51, said: “We remember the Soviet occupation, and we do not like to be occupied any more. We are free people.” 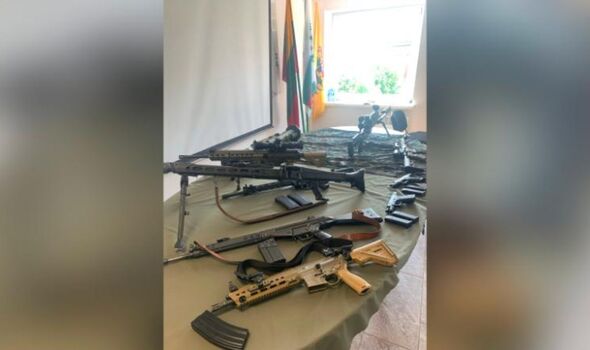 The Russian leader said in response: “With Sweden and Finland, we don’t have the problems that we have with Ukraine. They want to join NATO, go ahead.

“But they must understand there was no threat before, while now, if military contingents and infrastructure are deployed there, we will have to respond in kind and create the same threats for the territories from which threats towards us are created.”