Qatar pledges to invest £12 BILLION in Turkey as Erdogan doubles tariffs on US imports including cars, alcohol and tobacco after Trump’s sanctions sent the lira tumbling

Qatar pledged to invest $15 billion in Turkish financial markets and banks amid the massive collapse of its currency.

The Gulf state made the investment as Turkey grapples with a collapse in the lira and tensions with NATO ally the United States. 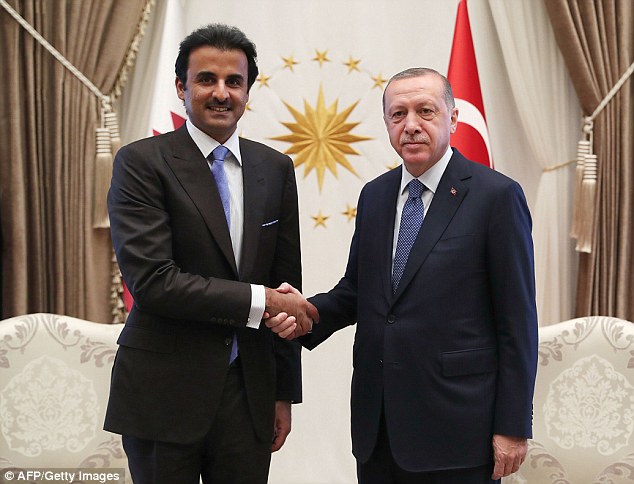 The currency lost nearly 40 percent against the dollar this year, driven by worries over President Erdogan’s growing influence on the economy and his repeated calls for lower interest rates despite high inflation.

The Turkish lira rebounded some six per cent on Wednesday after the central bank squeezed lira liquidity in the market, effectively pushing up rates and supporting the currency.

Turkey and Qatar have traditionally maintained good ties and Ankara stood by Doha after Saudi Arabia and other Arab states severed diplomatic, trade and travel ties with Qatar last year, accusing it of financing terrorism – a charge Doha denies. 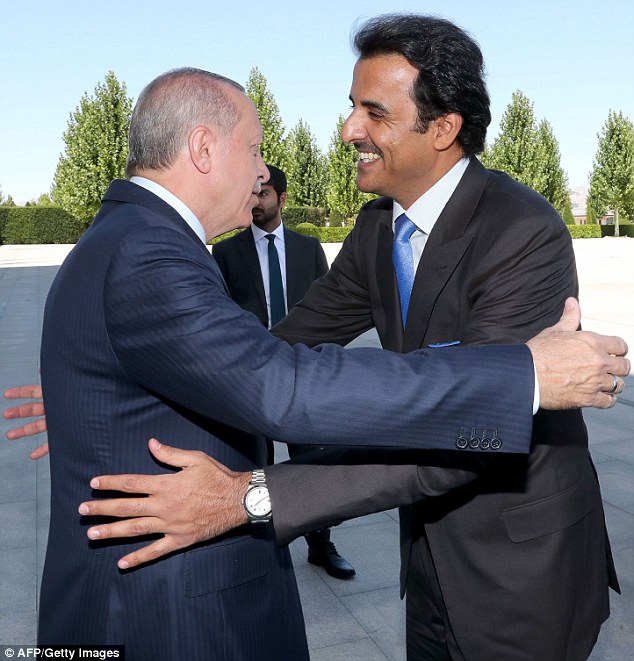 Turkey and Qatar have traditionally maintained good ties and Ankara stood by Doha after Saudi Arabia and other Arab states severed diplomatic, trade and travel ties with Qatar last year

‘The fundamentals of the Turkish economy are robust and Turkey will emerge stronger from this process,’ he wrote.

Qatar poured funds into the country the same day Turkey doubled tariffs on some U.S. imports, such as cars, alcohol and tobacco, one day after President Recep Tayyip Erdogan called for a boycott of iPhones.

The government announced the tariffs ‘under the principle of reciprocity’, following sanctions imposed by Washington over the detention of an American pastor, which sent the lira tumbling to record lows against the dollar. 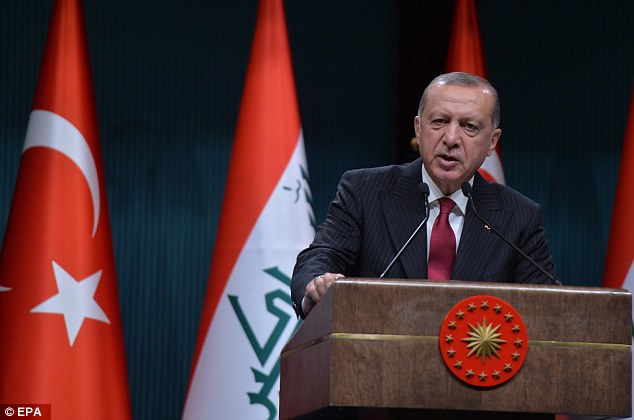 Erdogan doubled the tariffs on passenger cars to 120 per cent, on alcoholic drinks to 140 per cent and on leaf tobacco to 60 per cent.

Tariffs were also doubled on goods such as cosmetics, rice and coal.

‘The import duties were increased on some products, under the principle of reciprocity, in response to the U.S. administration’s deliberate attacks on our economy,’ Vice President Fuat Oktay wrote on Twitter.

In his televised speech yesterday, Erdogan vowed that Turkey will ‘boycott US electronic goods’.

‘If (the United States) have the iPhone, there’s Samsung on the other side,’ he said, referring to US giant Apple’s iconic phone and the top South Korean brand.

The row with Washington has helped drive the lira to record lows, with the currency losing more than 40 per cent of its value against the dollar this year, prompting central bank liquidity moves to support it. 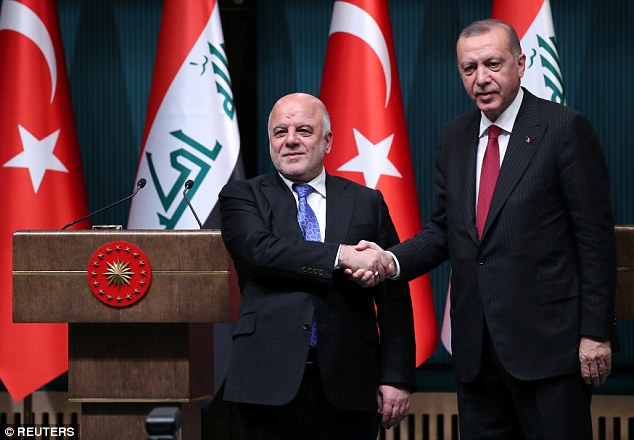 The lira rebounded some 8 per cent on Tuesday, helped by news of a planned conference call on Thursday in which the finance minister will seek to reassure international investors.

Markets are concerned by Erdogan’s influence over the economy and his resistance to interest rate increases to tackle double-digit inflation.

In London, the FTSE 100 was down 0.4 per cent by Wednesday morning.

Erdogan has said Turkey is the target of an economic war, and has made repeated calls for Turks to sell their dollars and euros to shore up the currency. On Tuesday, he said Turkey would boycott U.S. electronic products.