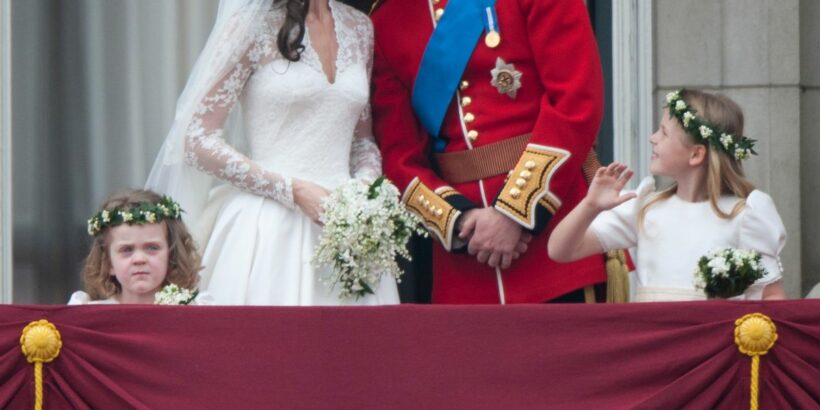 The Queen's disapproving remark at Prince William and Kate Middleton's wedding has been confirmed by a lip reader.

As the royal couple's 10th wedding anniversary approaches later this week, it has emerged there was one part of the day the monarch was not too keen on.

According to CBS News, she said: "I wanted them to take a smaller carriage."

But Camilla Parker Bowles jumped in with a more positive thought, adding: "It all went very well," to which the Queen replied: "Very well."

Kate and William tied the knot at Westminster Abbey on April 29, 2011 in an event celebrated around the world.

The huge royal wedding featured VIPs and celebrity guests and the perfectly-planned day went off without a hitch.

The Queen turned to the late Prince Philip after the ceremony to say "it was excellent".

The lip reader also looked at footage of Kate and William as they took their carriage ride around London, waving to well-wishers who had waited hours to catch a glimpse of the happy couple.

William said: "I hope I remember. It's mad, it's mad! Oh my goodness it…really loudly here (unclear) these people are clapping."

Kate then asks: "Did they?"

Later, Wills turns to his wife and says: "You look happy."

After the official ceremony the couple were joined by their family and friends for a meal at Buckingham Palace followed by an evening reception.

According to insiders, it was a night to remember.

Prince Charles reportedly gave a tear-jerking tribute to his new daughter-in-law in his wedding speech.

He said of Kate: "We are lucky to have you."

It is claimed that a highlight of the evening was William and Kate taking to the dance floor to sing and dance to Grease's classic hit You're The One That I Want.

They strutted and sang their way through the John Travolta and ­Olivia Newton-John classic to the delight of guests who were clapping and cheering at the beaming newlyweds.

One guest said: "The Grease number brought the house down.

"They stood holding hands in the middle of the dancefloor grinning, then suddenly the opening bars of the song came booming out.

“The reaction was just brilliant. Everyone started clapping to the music.

“Wills and Kate began dancing around, pointing at each other and mouthing the words. It was ­hilarious.

“When the song finished, they ended up in each other’s arms with massive smiles on their faces."

Kate is coming to the end of her first decade in royal life, with the couple welcoming their three children Prince George, Princess Charlotte and Prince Louis into the world.

Royal expert Duncan Larcombe said of their marriage: "William and Kate have got through 10 years of marriage and royal duties without so much as a moan.

"Like any couple, they've had their ups and downs, their rows and tensions.

"But their commitment to the Queen and to this country has been unwavering, and the controversy over Meghan and Harry's departure from the UK has made that even clearer."