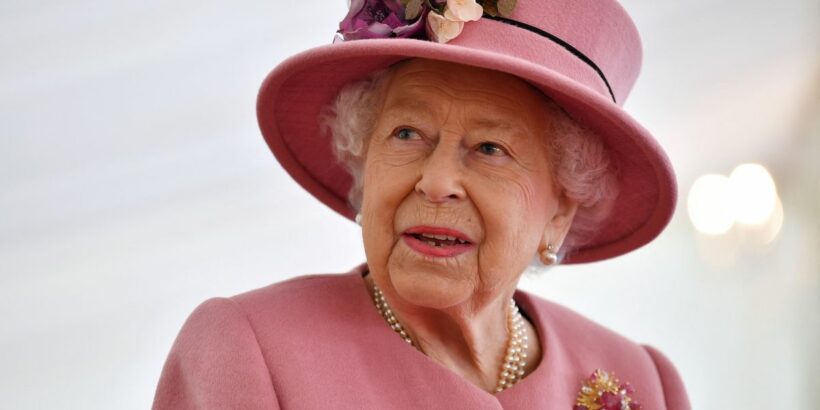 At 95 Her Majesty the Queen is the longest-lived – and longest-reigning – monarch in British history.

But even she can’t go on forever, and in the wake of the death of her husband, Prince Philip, the detailed plan for the government’s official response to her death has been revealed in full for the first time.

The plan, codenamed Operation London Bridge, has been recently updated to take into account new challenges such as the Covid-19 pandemic, Politico reports.

It covers the 10 days between Her Majesty’s passing and her state funeral, which is likely to attract a huge worldwide television audience.

With the eyes of the world on Britain, everything is being planned down to the most minute detail.

Within minutes of the Queen’s death being confirmed by doctors, a planned "call cascade" to inform all of the senior government ministers and the leader of the opposition.

The telephone calls are pre-scripted, and once the Queen’s private secretary has informed the Prime Minister dozens of calls will radiate out from the Cabinet Office saying: "We have just been informed of the death of Her Majesty The Queen."

As ministers are informed, they will be told that "discretion is required". If it isn’t already in session, Parliament will be recalled.

However, no new legislation will be discussed and MPs are expected to spend the following 10 days offering their own tributes to the late queen in the House of Commons.

Part of the plan calls for flags on all government buildings to be lowered "within 10 minutes" of the news breaking. One internal memo, according to politics website Politico, predicts "a wave of public anger" if this isn’t done quickly.

The Ministry of Defence will arrange for military gun salutes across the country.

As well as ancient symbols such as flags and guns, all the modern symbols of government will be quickly changed to reflect the sad news.

The official Royal Family and government websites will be turned black, to reflect a nation in mourning, and the government’s various social media accounts will all change their profile pictures to a simple official crest.

A pre-scripted email shot, which begins: "Dear colleagues, It is with sadness that I write to inform you of the death of Her Majesty The Queen," will be sent to all MPs and government employees.

The prime minister will then hold an audience with the new monarch and, and at 6 pm on the first possible day after D-Day, a new king, almost certainly King Charles III, will make his first television and radio broadcast to the nation.

The separate plan for the new monarch’s accession to the throne is codenamed Operation Spring Tide.

At 10am on the day after Her Majesty’s death, the Accession Council – a group of senior government figures – will meet at St. James’s Palace to officially name her successor.

There’s a strict dress code for that meeting, as there will be for every official engagement following Her Majesty’s death, involving dark suits and "no medals".

Through this period of disruption the police, the government’s National Security Secretariat, and the intelligence services will be in a state of high alert for any potential terror threat.

On the same day as the new king’s broadcast, a planned "spontaneous" service of remembrance for the late queen will take place at St. Paul’s Cathedral.

If the Queen were to die at one of her official residences outside London, such as Sandringham or Balmoral, the body will be transported back to the capital no later than D-Day plus Two. There are detailed plans in place for the transport of the coffin from every one of the royal residences.

There are two separate plans for transport from Balmoral. Depending on whether the Royal train is to be used, or officials decide to fly the coffin back to London, either Operation Unicorn or Operation Overstudy will be implemented.

The queen will lie in state at the Palace of Westminster for three days before the funeral. In another sub-operation codenamed Feather, there are plans for the coffin to lie on a raised plinth in the middle of Westminster Hall. Public viewing will take place virtually around the clock, with special priority bookings for VIPs.

Concerns are raised within the official documents that London could becomes "full," with hundreds of thousands of mourners from across the country making their way to the capital to pay their respects – potentially leading to a massive transport headache and hundreds sleeping on the streets.

The day of the funeral will be designated a national day of mourning, with a two minutes’ silence at Noon.

If it falls on a weekday, D-Day plus Ten will effectively be a Bank Holiday, although that term won’t be used in any official communication.

The government does not plan to order bosses to give workers the day off for the funeral, that’s a matter for employers and staff to decide between themselves, say the official papers.

Her Majesty’s state funeral will be held at Westminster Abbey, and processions will take place in London and Windsor before the body is laid to rest in King George VI Memorial Chapel at Windsor Castle.

It's been a year like no other for the Queen from the loss of her husband to heartache over Prince Harry. But Her Majesty has also had a lot of cause for celebration, including the birth of baby Lilibet.

To mark what a year the Queen has had, OK! Magazine is bringing you a limited edition collector's issue. Get your hands on it here.