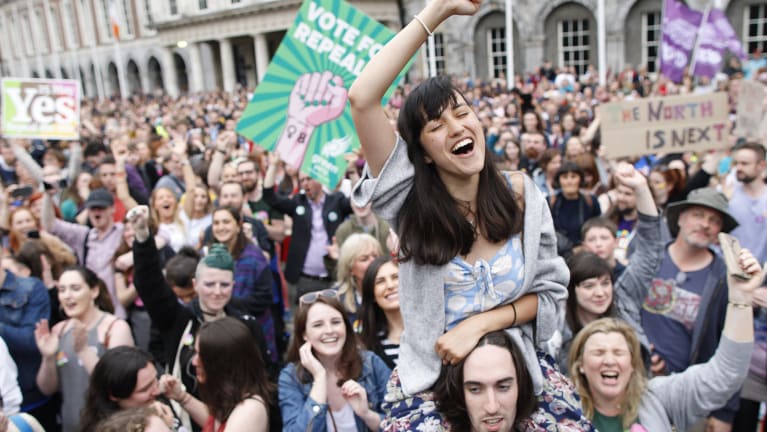 Dublin: Ireland voted decisively to repeal one of the world's more restrictive abortion bans, sweeping aside generations of conservative patriarchy and dealing the latest in a series of stinging rebukes to the Roman Catholic Church.

The surprising landslide, reflected in the results announced on Saturday, cemented the nation's liberal shift at a time when right-wing populism is on the rise in Europe and the Trump administration is imposing curbs on abortion rights in the United States. In the past three years alone, Ireland has installed a gay man as prime minister and has voted in another referendum to allow same-sex marriage. 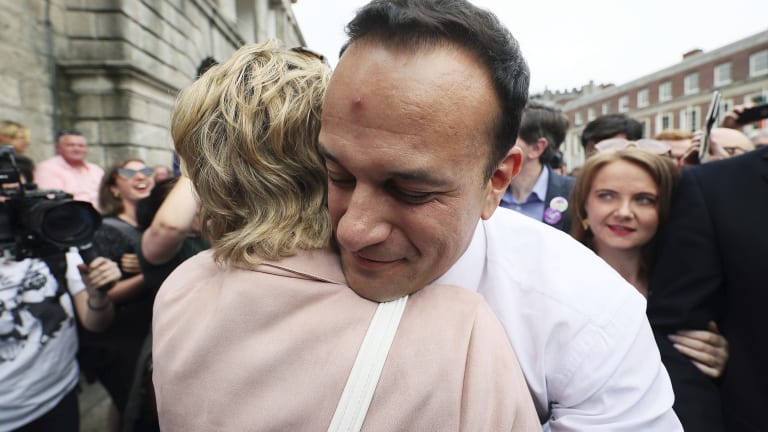 The "yes" camp took more than 66 per cent of the vote, according to the official tally, and turnout was about 64 per cent.

"Today is a sad day for Ireland and for people who believe in genuine human rights," the deputy chairwoman of one of Ireland's biggest anti-abortion groups, Cora Sherlock, said in a Twitter message. "The struggle to defend the most vulnerable has not ended today, it's just changed."

The vote repeals the Eighth Amendment of the Constitution — a 1983 measure that conferred equal rights on the fetus and the mother and banned abortion under almost all circumstances. Before the referendum, the government had pledged to pass legislation by the end of the year to allow unrestricted terminations up to 12 weeks if the amendment was set aside.

The outcome signaled the end of an era in which thousands of women each year had been forced either to travel abroad or to buy pills illegally online to terminate their pregnancies, risking a 14-year jail sentence. The government has said that general practitioners — doctors who are the first port of call for patients — will be asked to provide abortions, although they will still be allowed to conscientiously object to terminations at their clinics. 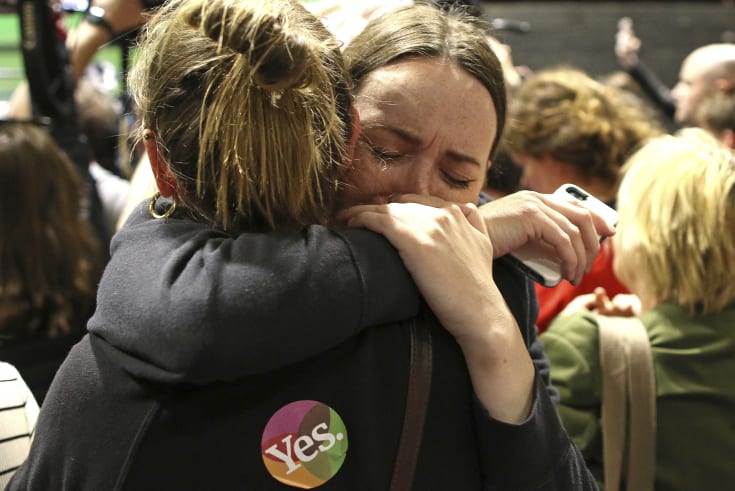 “Yes” campaign supporters react as the results of the votes are announced.

The vote "now means I can do my job without the fear of going to jail," said Grainne McDermott, a doctor who works in intensive care in a Dublin hospital.

McDermott described one case in which a mother whose life was in danger first had to follow a complex procedure involving hospital lawyers and other medical experts before obtaining abortion pills.

This was the day that the Irish people said "no more," Varadkar said after the results were announced outside Dublin Castle, a government complex where supporters of the "yes" vote gathered to celebrate.

"No more doctors telling their patients there is nothing that can be done for them in their own country," he said. "No more lonely journeys across the Irish Sea. No more stigma. The veil of secrecy is lifted. No more isolation. The burden of shame is gone."

The vote followed months of soul-searching in a country where the legacy of the Catholic Church remains powerful. It was the latest, and harshest, in a string of rejections of the church's authority in recent years.

The church lost much of its credibility in the wake of scandals involving pedophile priests and thousands of unwed mothers who were placed into servitude in Magdalene laundries or mental asylums as recently as the mid-1990s.

The church was, in fact, largely absent from the referendum campaign. Anti-abortion campaigners actively discouraged its participation, preferring to emphasize moral values and human rights rather than religion, possibly to avoid being tarnished by the church-related scandals.

During the campaign, the Association of Catholic Priests urged its members not to preach politics from the pulpit. The guidance came after some priests had threatened their congregations that they would not be able to receive Communion if they voted "yes," according to people who attended the Masses.

"This is devastating for the Roman Catholic hierarchy," said Gail McElroy, professor of politics at Trinity College Dublin. "It is the final nail in the coffin for them. They're no longer the pillar of society, and their hopes of re-establishing themselves are gone."

The result caught most observers and voters off guard. In the final weeks leading up to the referendum, observers and pollsters had said that the gap between "yes" and "no" voters had narrowed significantly.

"Yes" campaigners focused heavily on hard cases faced by women, such as rape or fetal abnormalities. The referendum result showed that many Irish voters agreed that women in those circumstances should be allowed a choice.

For many opponents, abortion amounts to murder, while others worry Ireland is losing its identity as a Catholic country.

"To those who voted no, I know today is not welcome," Varadkar said. "You may feel that the country has taken the wrong turn, is no longer a country you recognize. I would like to reassure you that Ireland is still the same country today as it was before, just a little more tolerant, open and respectful."

For many supporters of legalising abortion, the result was an affirmation of their respect and acceptance by society. Ireland "is taking the proper steps to separate church and state and to move forward as a more progressive country," said Conor Flynn, a 22-year-old student.

Una Mullally, a prominent campaigner for abortion rights, said the issue was more than just a medical procedure, but was about how women have been oppressed. "All of us have underestimated our country," she said before breaking down in tears. "I dreamed for people to think like this, but didn't believe it."

Still, many who voted in favor of same-sex marriage and laws easing rules around abortion — such as allowing women to travel abroad to get it — found the latest measure a step too far. Abortion is still a highly personal issue for many voters, shaped by experiences such as miscarriages or fetal abnormalities.

"We're a Roman Catholic nation. We don't believe in taking a life," said Michael Eustace, 55. "Go over to England and get it done there, not here."

Still, just before slipping his vote into the ballot box, he said, he whispered a prayer for victims of rape and incest, who, had the "yes" vote been rejected, would be barred from having an abortion.