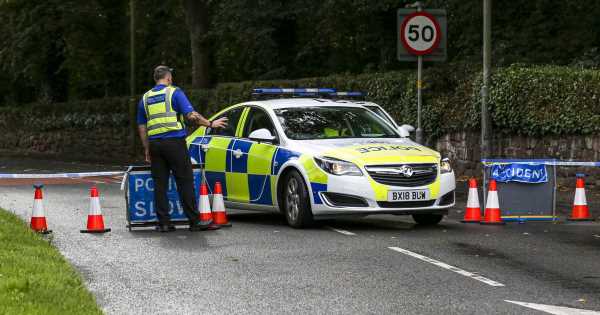 A woman was driven to a lay-by and set on fire as police desperately try to identify her following the grim death.

Officers have launched a murder investigation over the woman's death after her body was discovered with "burn marks" in the early hours of Monday morning in Bridgnorth Road in Perton, Staffordshire.

The woman is described as aged between her mid-teens to late 20s and of slim build.

Staffordshire Police is now desperately appealing for anyone who may have any information, CCTV or dashcam footage to come forward and contact them following the discovery at 3am on Monday, August 9.

The force said it was conducting multiple inquiries and working to identify her through forensic testing, Manchester Evening News reports.

Det Supt Tom Chisholm revealed the body was set alight at the scene, possibly with the use of a form of accelerant.

"On arrival officers found a woman who was sadly deceased. It was apparent she had been set alight at the location and had significant burn marks on her body," he said.

"We are conducting multiple enquiries, but it is vital that we identify this young woman as soon as possible.

“We believe the young woman was driven to the site. Did you witness anything or have local dashcam or CCTV footage? Are you aware of any girls or women who are missing or unusual activity in the area Sunday night into the early hours of Monday morning.

"We really need to find out who this young woman was, so that we can hopefully identify how she got there and what happened to her.

"This was a shocking and dreadful incident and we are determined, with your help and support, to bring those responsible to justice.

"We will provide further updates as soon as we are able to do so.”

The force said Bridgnorth Road remained closed in both directions from Tinacre Hill to the junction with Jenny Walkers Lane while forensic teams continued their investigations.