The brave crew of an RAF Chinook helicopter are lucky to be alive after hitting countryside power lines on a war games exercise.

Dramatic pictures show the damage to the giant chopper after it hit power cables in a sleepy country village in Wales – and crash landed in a field.

The front of the CH47 helicopter was wrecked and three windscreens smashed when it hit the electricity pylon while low-flying over a village. 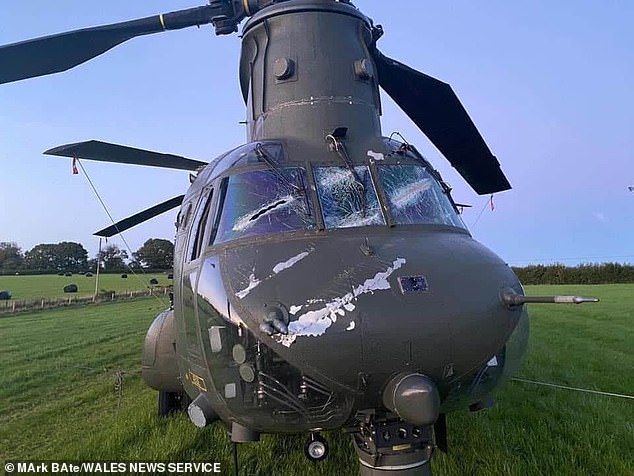 Two RAF crew members were injured after their Chinook helicopter struck power lines and crash landed in a field near the sleepy village of Llangynin, Carmarthenshire in Wales 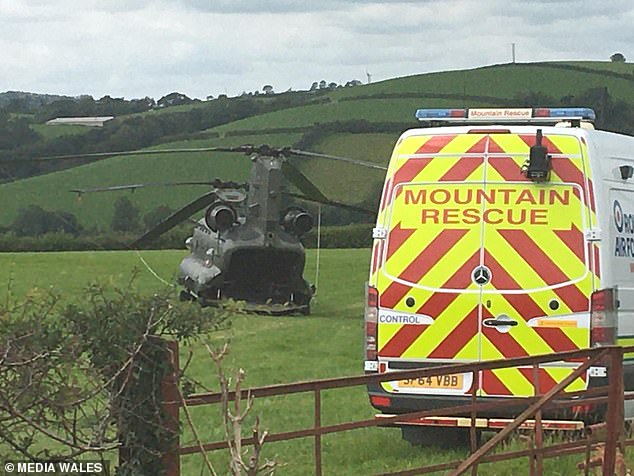 Experts say the chopper could have been destroyed if it was a few inches lower and the rotor blades had hit the lines.

The huge troop-carrier chopper normally seen in action on the frontline stunned the quiet village when it cut off power to nearby houses.

A suspected ‘wire strike’ is thought to be responsible for the heavy-lifting helicopter coming down in a field on the edge of the Welsh village.

John Davies, 81, said: ‘This is not a warzone – it’s a very quiet village, nothing exciting usually happens and there’s not a lot going on.

‘But all hell broke loose, the electricity went off and we heard a loud noise.

‘We all heard it before seeing anything. It was really loud and blaring.

‘The power went off at around 8.30pm and we had an alert saying that they were trying to get it back on.

‘It was only off for around an hour but everyone was on their doorsteps wondering what was going on.’.

The Ministry of Defence said the twin-engine aircraft crew suffered ‘minor injuries’ in the accident at Llangynin, Carmarthenshire.

Neighbour Elfyd Lewis, was also at home when he heard the helicopter. He said: ‘Everyone could hear it, it was very loud but it sounded as if the engine was failing, it didn’t sound right at all.’ 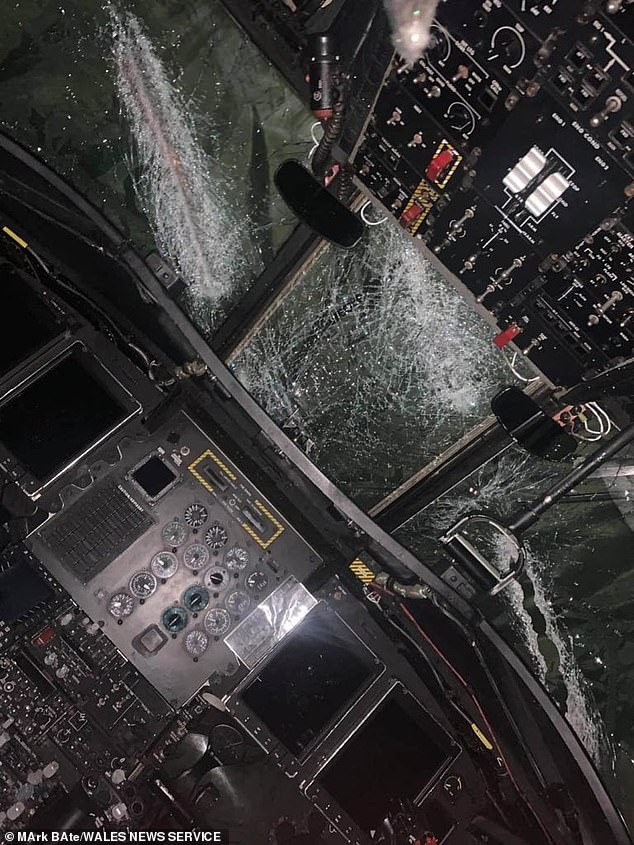 ‘Lucky that no-one was hurt because it could have been a lot worse.

‘We asked the crew members if they needed anything or if we could get them some food or some fish and chips and went down later on and had tea and biscuits with them,’ added Mr Lewis.

Pam Windsor, a community councillor in Llangynin, said her electricity supply cut off suddenly after her family heard a ‘loud sort of droning noise of a helicopter very close by’.

She said: ‘We went outside and we could see the Chinook very low, just passing over the village heading towards fields in the distance.

‘My son and I jumped into his vehicle and headed down there in case of any injuries or anything.

‘Luckily they had landed very safely in a field just a few minutes from the village but unfortunate as they had come down they had hit some sort of electric overhead cables.

‘We were first on the scene and we spoke to one of the crew members.

‘They were very shaken and shocked but all okay as far as we can see.’ 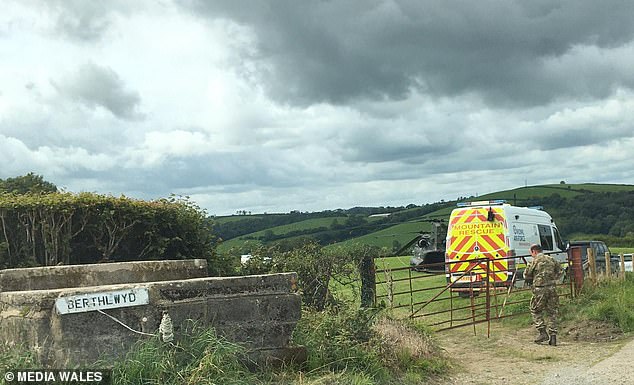 Eleven-year-old Josh Palmer who saw the Chinook come down only 500 yards from his home.

‘I was having food and watching TV when we looked outside and saw that the helicopter looked like it was flying too low and we could hear that there was something wrong with the propellers,’ said Josh.

‘It sounded like the engine was failing and the propellers were wafting – I was a bit nervous that people were going to be hurt.’

A MoD spokesperson said: ‘The Chinook was on a training exercise at the time. The crew suffered minor injuries.’

The helicopter’s crew stayed with the aircraft to maintain security until it could be recovered by military transport teams.

An RAF mountain rescue team was called in to support the crew who were put up in hotels overnight.

The Chinook is described as an extremely capable and highly versatile support helicopter that can be operated from land or sea bases into a range of diverse environments, from the Arctic to the desert or jungle.