Friday morning, the Las Vegas Raiders made one of the more abrupt announcements of a team president's departure you will ever see.

Owner Mark Davis announced president Dan Ventrelle was no longer with the team and declined to provide any reason why.

Hours later, Ventrelle offered his side of the story, complete with troubling allegations about the Raiders and Davis in particular.

In a statement to Mick Akers of the Las Vegas Review-Journal, Ventrelle claimed he was fired as retaliation for informing the NFL of allegations that Davis had created a hostile work environment with other potential misconduct, allegations which Davis allegedly dismissed. Ventrelle said he has retained counsel, signaling an upcoming legal battle involving the team.

Today, Mark Davis terminated my employment as President of the Las Vegas Raiders. I have committed almost 18 years of my life to the success of the Raiders as General Counsel and President. I take that responsibility very seriously, which is why multiple written complaints from employees that Mark created a hostile work environment and engaged in other potential misconduct caused me grave concern. When Mark was confronted about these issues, he was dismissive and did not demonstrate the warranted level of concern. Given this, I informed the NFL of these issues and of Mark's unacceptable response. Soon thereafter, I was fired in retaliation for raising these concerns.

I firmly stand by my decision to elevate these issues to protect the organization and its female employees. I remain committed to doing everything in my power to support the Raiders and the Las Vegas community I now call home. I have retained counsel and will have no further comment at this time.

“We recently became aware of these allegations and take them very seriously,” NFL spokesman Brian McCarthy said in a statement issued on Friday night. “We will promptly look into the matter.”

The situation could be the start of yet another scandal for one of the league's most troubled teams in recent years.

Last year saw former Raiders head coach Jon Gruden resign after a litany of anti-gay, misogynist emails between him and ex-Washington Commanders president Bruce Allen were leaked, a situation that has since seen Gruden file a lawsuit against the NFL and commissioner Roger Goodell.

There was also the tragedy involving wide receiver Henry Ruggs III, who is still awaiting trial on charges of driving under the influence resulting in death and reckless driving after allegedly killing a woman and her dog in a crash while inebriated and driving 156 mph. There have been other player arrests as well, including former first-round cornerback Damon Arnette and starting running back Josh Jacobs.

Davis has been the Raiders' principal owner since the death of his father Al in 2011, overseeing zero playoff wins and a move from Oakland to Las Vegas in that time. He also owns the WNBA's Las Vegas Aces. 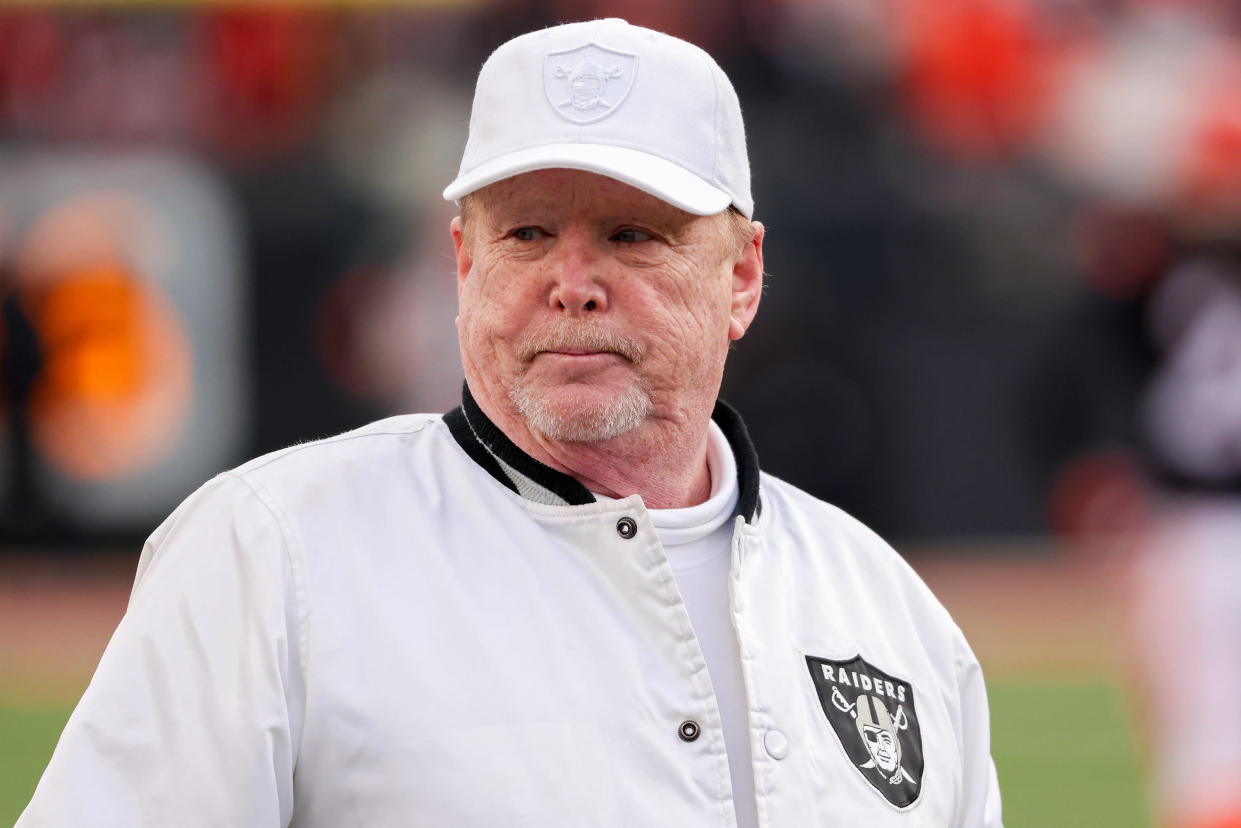