The son of former decathlete Daley Thompson made his father proud yesterday after scoring the highest mark at his school in – surprise, surprise – PE.

Arriving at Brighton College with his parents, the 16-year-old rugby player said: ‘I’m absolutely chuffed with the results. It’s much, much better than I was expecting, so I am delighted.’

Mr Thompson, who won the decathlon gold medal at the 1980 and 1984 Olympic Games, praised his son’s dedication. 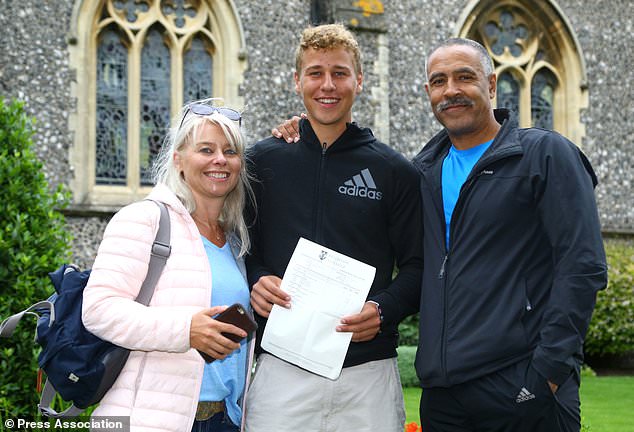 The son of former decathlete Daley Thompson Alex Clayton made his father proud yesterday after scoring the highest mark at his school in – surprise, surprise – PE

He said: ‘He’s worked hard, it’s a great score. He’s put in the time and he got the results. In life you get what you deserve.’

The four time world record breaker, 60, said he was fully supportive of his son’s love of rugby, but added: ‘For his mum and me, the exams are more important at the moment. It will set him up for later on.

‘He’s put in the work and he’s got the results so we’re really pleased.’

A staggering 38 per cent of all grades at the private school hit the top score under the new tougher grading system.

For now, Alex will return to Brighton College to study maths, physics and DT at A-level, with hopes of studying aeronautical engineering at Loughborough University.

But his sights are set on rugby – he has been a youth team member of the Harlequins for five years and plans to go professional. He added: ‘I would love to play rugby professionally. That’s the goal. I suppose I’m following in dad’s footsteps a bit, but more rugby-focused.’

He also scored an 8 in geography, 6 in English literature, and received an A* in design and technology. 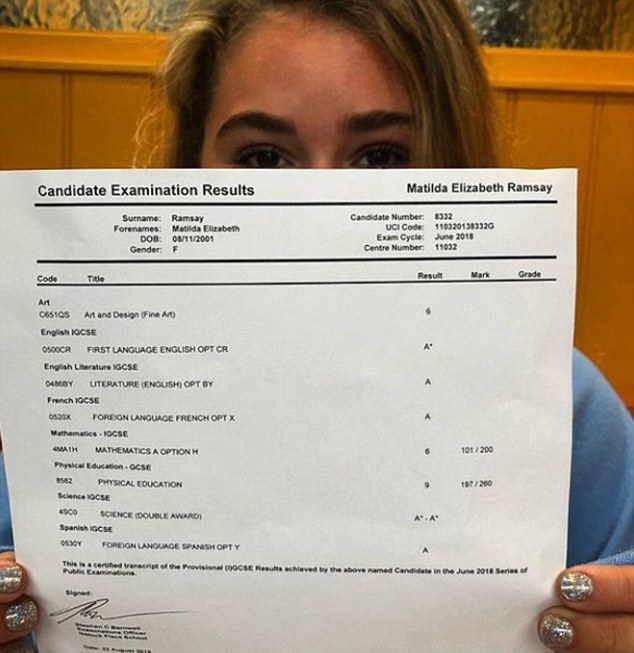 She may have scooped a host of As and A*s but Gordon Ramsay still couldn’t resist joking online that his youngest daughter only ‘scores a D for cooking’.

The proud TV chef posted a photo of Matilda, who has appeared in a CBBC cookery show, on Instagram holding her results (above).

It was the second exam delight in a week for the family, with Ramsay’s twins (right) receiving their A-level results last Thursday. The majority of Matilda’s GCSEs were marked under the old system and included four A*s, three As and two Bs.

A busy TV acting career did not prove any study distraction for Charleigh Adams, who bagged 11 outstanding grades. 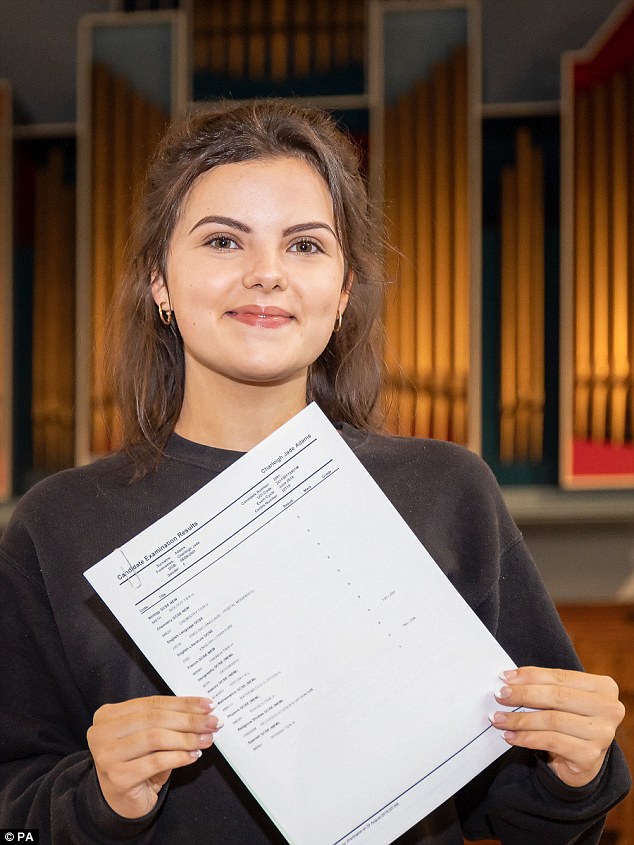 The actress gained six grade 9s and five grade 8s in her GCSEs.

She will now study French, Spanish, English literature and religious studies at A-level. She hopes to make acting her career but aims to study languages at university first. Charleigh said: ‘I did a lot better than I expected. It means I’m able to do what I want at A-level and I’m not as scared about getting into university’.

Finn Elliot, who starred as the young Prince Philip in Netflix series The Crown, said getting his results made him more nervous than being on television.

As the 16-year-old opened his envelope, he said: ‘I’m shaking, I really am, this is much scarier than being on TV – this is important for the rest of my life. ‘Even when I am doing drama, school has always been the priority.’ 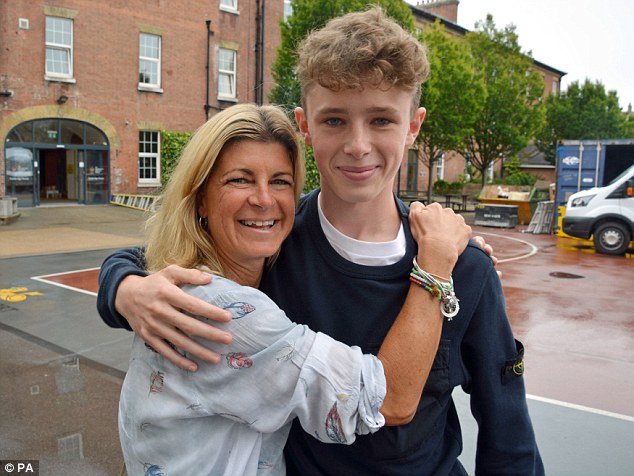 Finn Elliot, who starred as the young Prince Philip in Netflix series The Crown, revealed his score of three 9s, three 8s, and a 7 – as well as two A*s and an A

Revealing his score of three 9s, three 8s, and a 7 – as well as two A*s and an A – he said: ‘I’m stoked with my results, this is a massive weight off my shoulders.’

The actor, pictured left with his mother Mini and in The Crown, will now do his A-levels at Portsmouth Grammar School – but wants to carry on acting.

His mother, from Chichester, West Sussex, said: ‘He’s totally proved he can juggle acting and school, he actually keeps them separate.’