A YOUNG rape victim caged for murder after a stillbirth in El Salvador has been dramatically acquitted at a retrial.

An emotional Evelyn Hernandez declared "thank God, justice was done" after serving 33 months of a harsh 30-year prison sentence in a case which shocked the world. 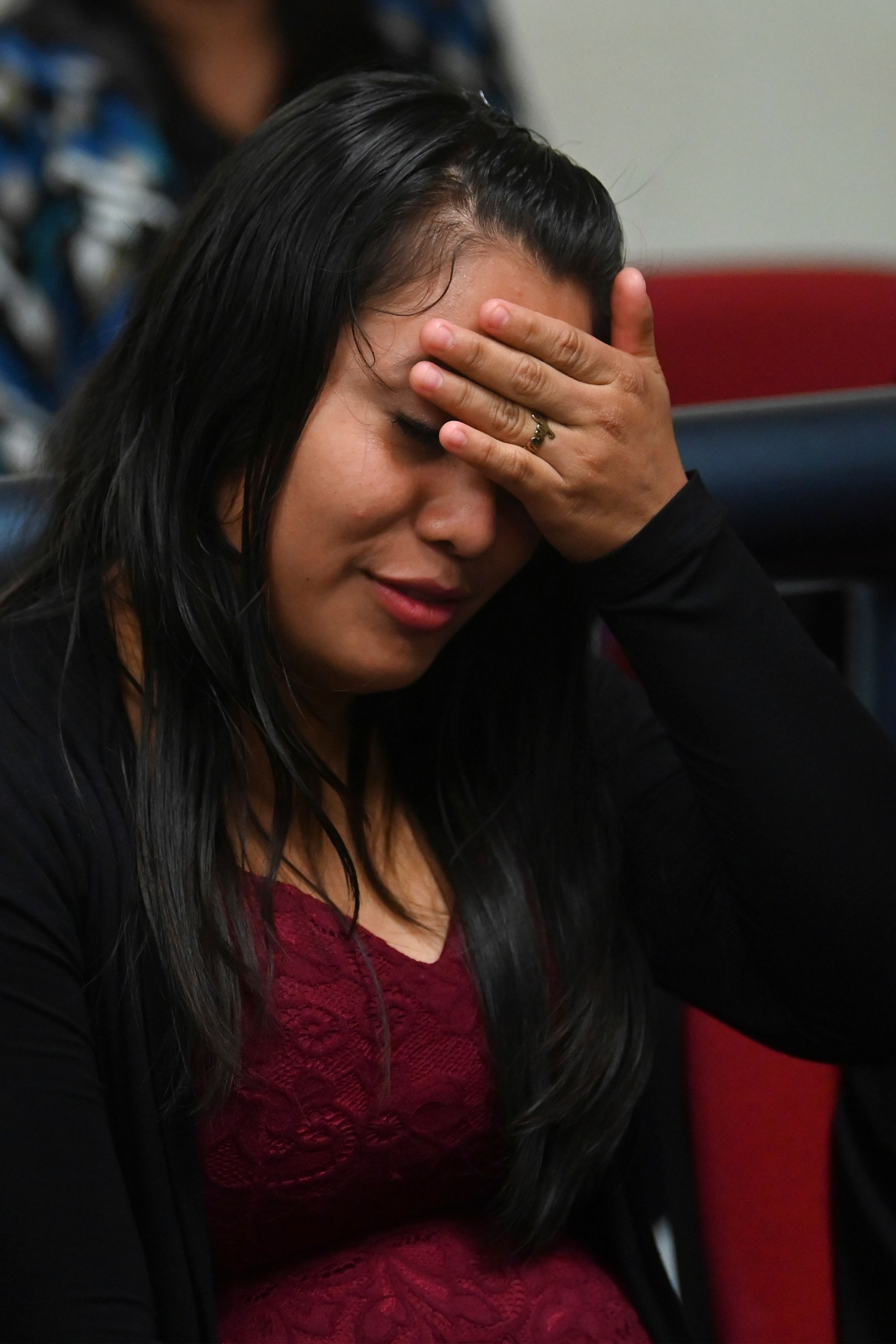 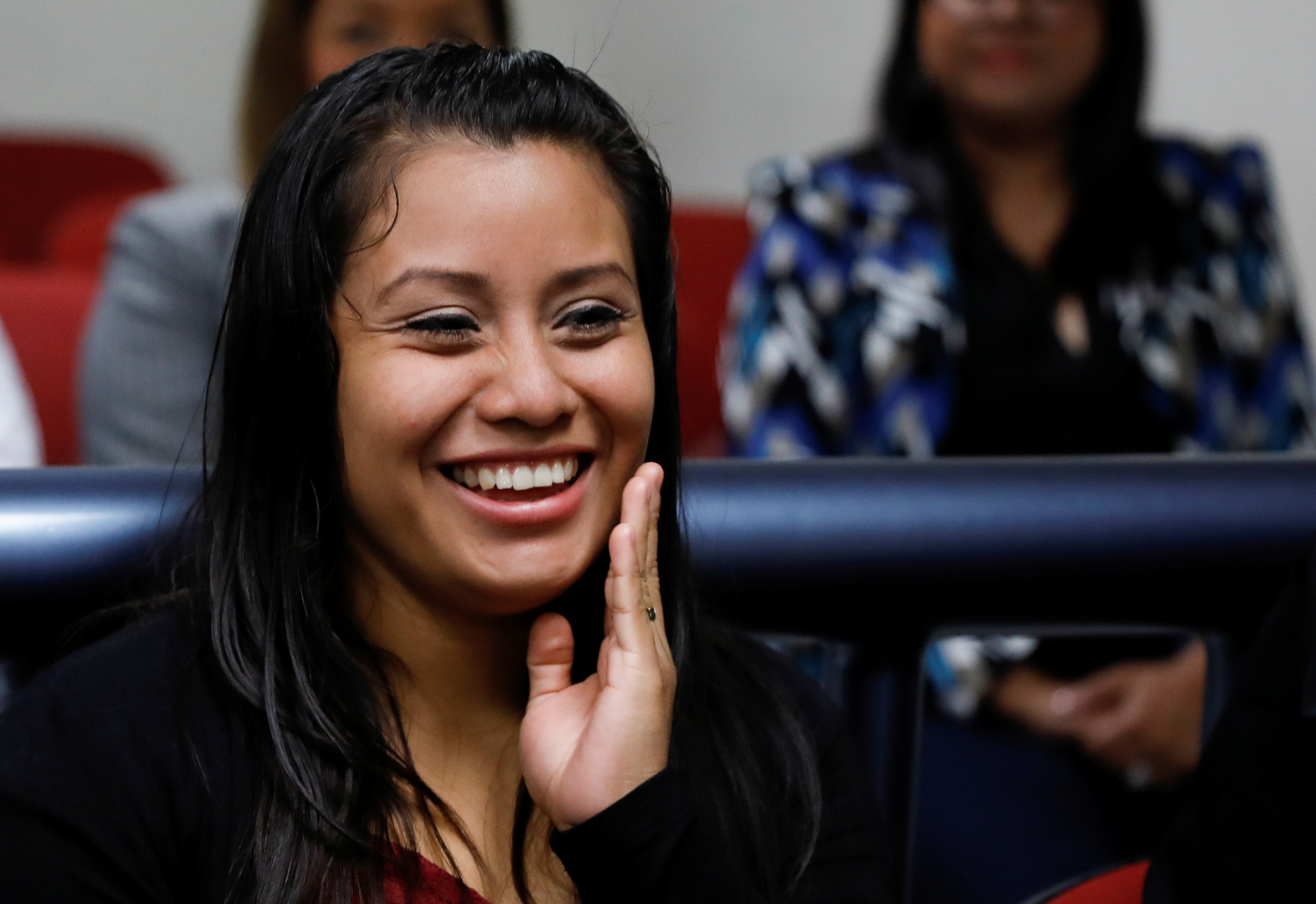 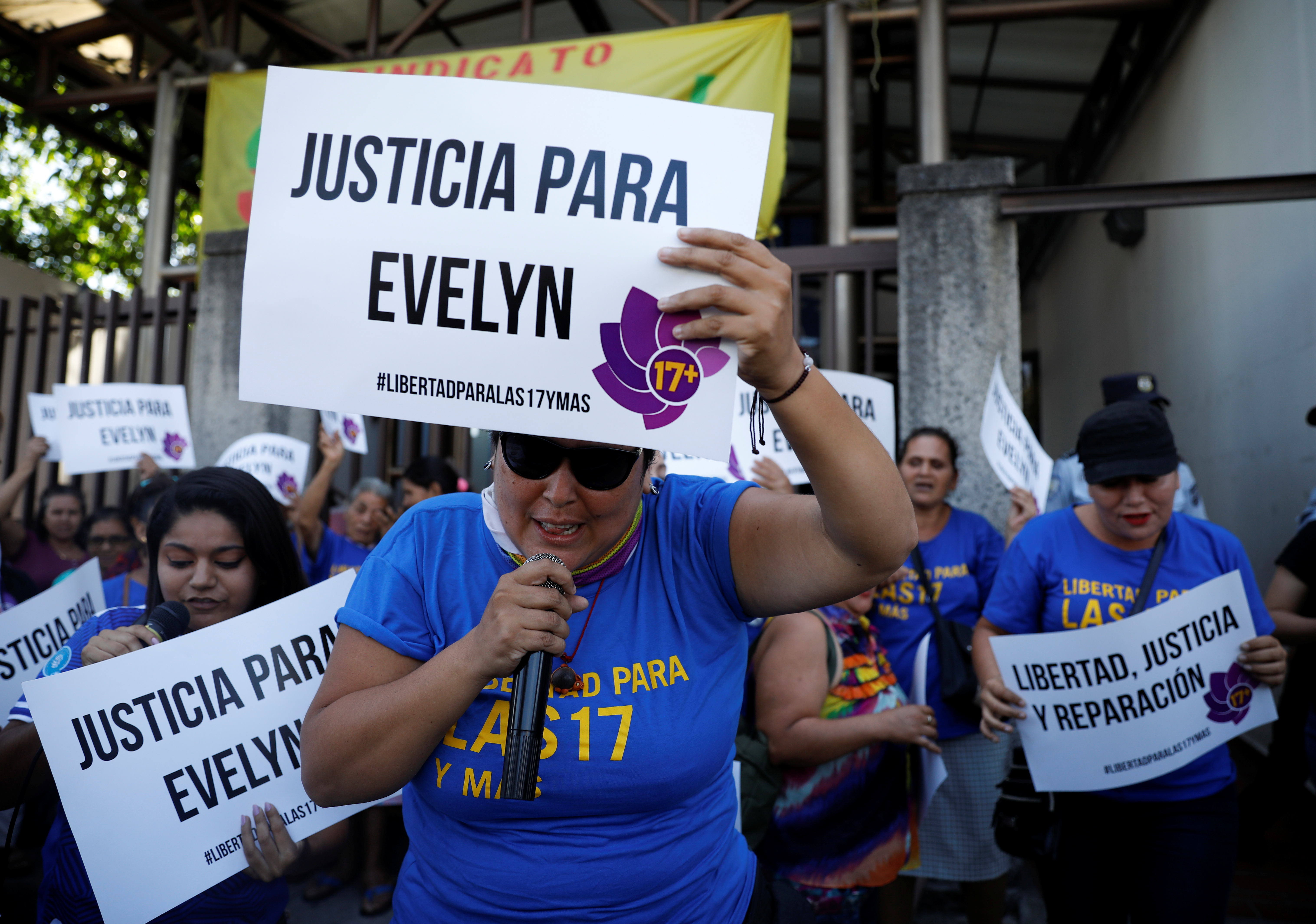 After being repeatedly raped by a gang member over a period of several months, the then 19-year-old  was admitted to a health centre in Cojutepeque, north of San Salvador, on April 6, 2016, after fainting at home.

Unaware that she was pregnant, Evelyn had felt intense abdominal pains and delivered the foetus into an outdoor toilet, where it was later found lifeless in a septic tank.

Her mum said she found her passed out next to the latrine.

Hospital staff then reported Evelyn – who had been 32 weeks' pregnant – to cops.

In February, following an outcry about her harsh punishment, Evelyn's sentence was annulled in an appeal before El Salvador’s top court, for lack of evidence, clearing the way for a retrial.

On Monday – despite prosecutors gunning to cage the young woman for 40 years – a judge acquitted her.

Thanking dozens of woman gathered outside the courthouse for their help, the visibly tearful Evelyn also paid tribute to foreign diplomats and "everyone from around the world" for their support.

Although victims of sexual assault are not normally named in articles – because of legal restrictions –Evelyn has spoken out in public about her ordeal.

She told reporters: "It was tough to be locked up, especially when I was innocent. There are others who are still locked up, and I hope they are freed soon."

El Salvador is one of three Central American nations with total bans on abortion. Women convicted of having abortions face sentences of two-to-eight years' prison.

But women who turn up at public hospitals following a miscarriage are sometimes accused of having killed the foetus and charged with aggravated homicide, which carries a sentence of 30 to 40 years.

Such punishments often fall on poor, young women and victims of rape, such as Evelyn.

Local rights campaigners, the Citizen Group for the Decriminalisation of Abortion, believe that about 20 women remain in jail for abortion crimes after they suffered miscarriages, stillbirths or pregnancy-related complications.

Erika Guevara-Rosas, America's director at Amnesty International, applauded Evelyn's acquittal of aggravated homicide, saying: "This is a resounding victory for the rights of women in El Salvador.

"It reaffirms that no woman should be wrongly accused of homicide for the simple fact of suffering an obstetric emergency."

Guevara-Rosas called on El Salvador to cease "criminalising women once and for all by immediately revoking the nation's draconian anti-abortion laws."

At the rape victim's retrial, prosecutors' argument against her was that she had failed to protect her foetus.

However, forensic experts were unable to determine whether it died in the uterus or in the septic tank.

During an autopsy, the cause of death was given as aspiration pneumonia, and meconium was found inside the foetus's stomach.

Evelyn's lawyer said the judge overseeing the retrial had been "very fair in his ruling," adding, "he has said that there was no way to prove a crime and for that reason he absolved her."

El Salvador is a deeply religious country with 80 per cent of the population identifying as Catholic or evangelical Christian.

It's also renowned for macho attitudes on women's role in society, as well as widespread gang violence.

Every year an estimated 25,000 women are impregnated after rapes in the country of just over six million.

It's believed that thousands of clandestine abortions are carried out each year in El Salvador, according to news agency, the Associated Press.

Pro-choice activists said that Evelyn's retrial was an important test case that could signal the stance on abortion by El Salvador's new president, Nayib Bukele, who took office in June, as he opposes criminalising women who have miscarriages. 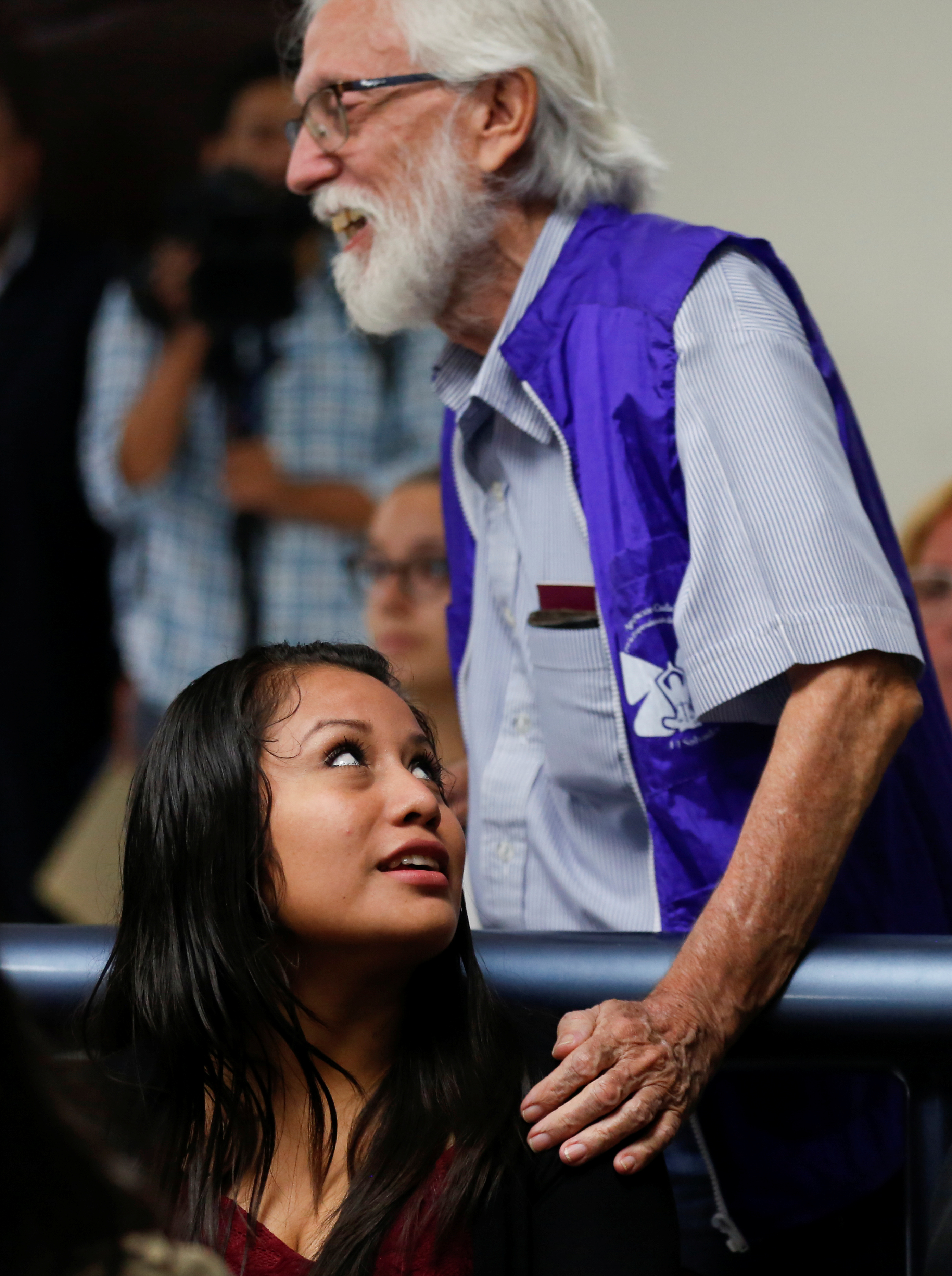 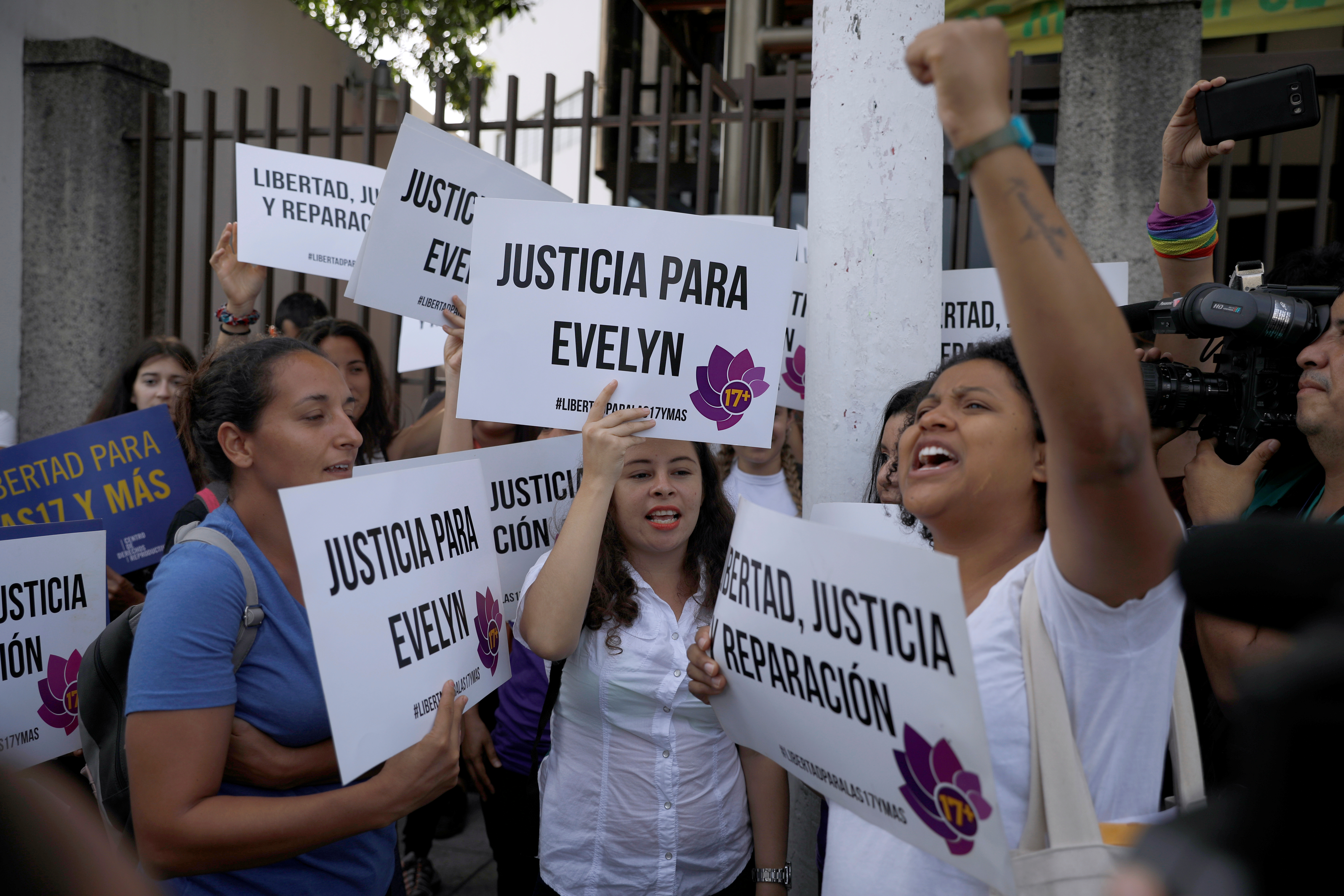 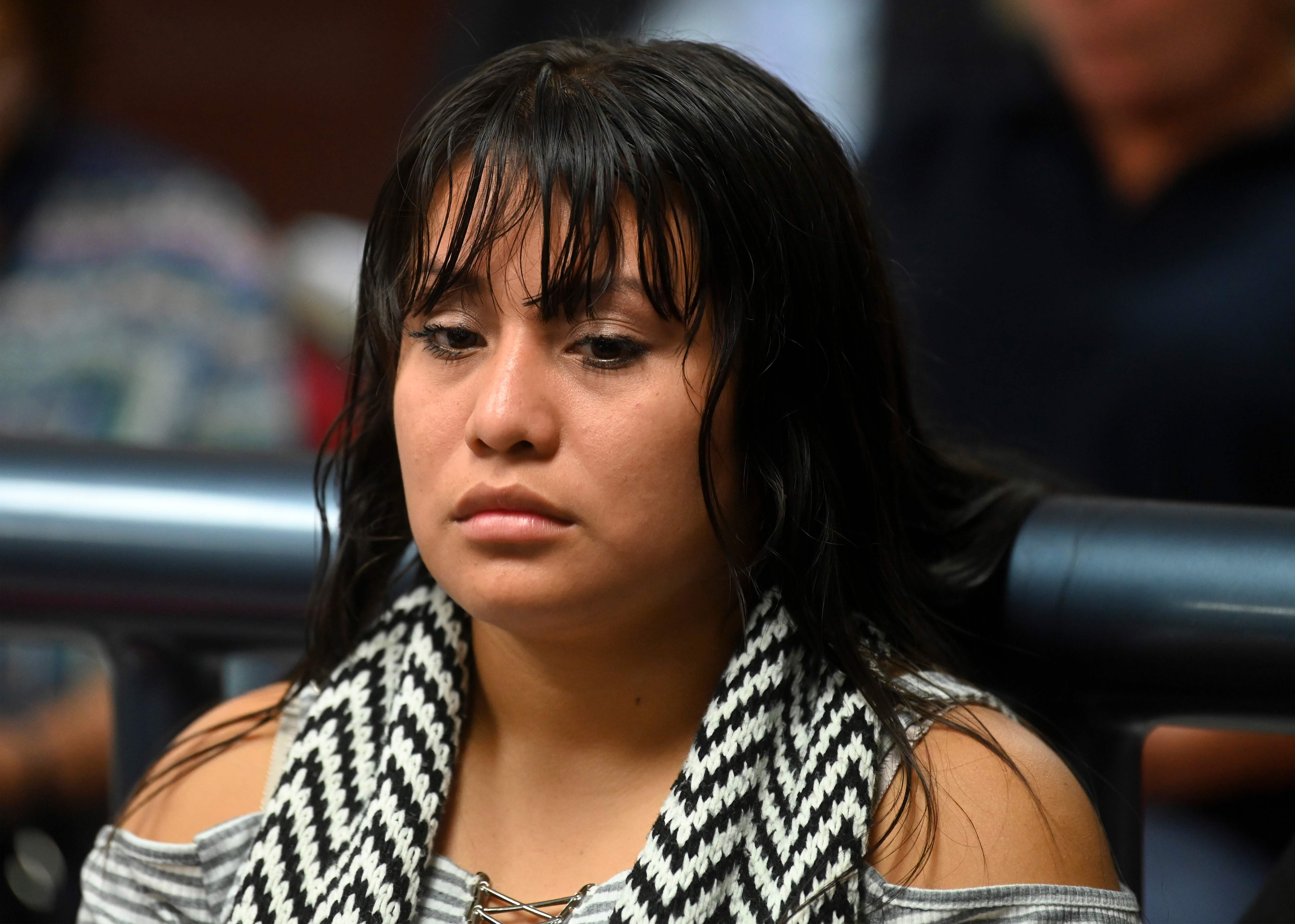