Teen rapist, 17, is jailed for more than eight years after his pregnant victim, 30, lured him to her house with offer of cash then called the police

A vile 17-year-old who raped and robbed a pregnant woman while threatening her with a screwdriver has been jailed for eight-and-a-half years.

The teenager, who cannot be named because of his age, followed his terrified victim through a park, grabbed her, and took her phone and cash after she asked him for directions at a bus stop.

After taking her valuables, he pulled out the screwdriver and raped her. 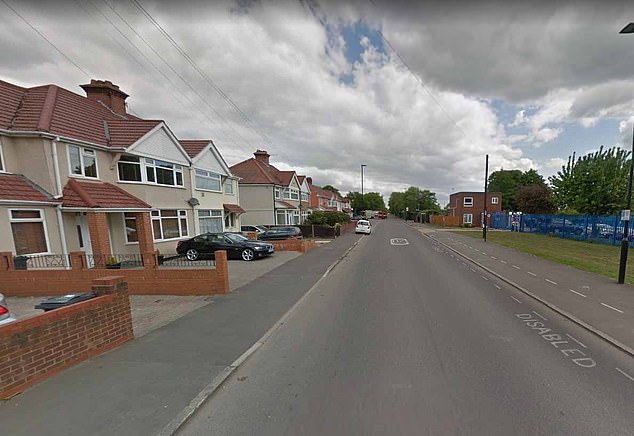 The sickening attack happened near Hatton Road, in Feltham, west London on January 7 after the pregnant victim asked her attacker for directions at a bus stop

But to make sure he was caught, the woman offered the teen £500, which she kept at her home, if he went there with her.

He agreed but told her he would ‘shoot her’ if she didn’t hand over the cash or if she tried to call the police.

Once back at the house, the victim used another phone to call for police while her attacker waited outside.

Despite arriving after the teen had left, officers scoured the area and found him nearby.

The boy tried to run away but officers took chase and caught him. When he was searched, they found the stolen cash and phone along with the screwdriver he used to threaten her.

The attack happened near Hatton Road, in Feltham, west London at around 1am on January 7.

The teenager previously pleaded guilty to rape and robbery and was yesterday sentenced to eight-and-a-half years behind bars when he appeared at Isleworth Crown Court.

DC Emma Rogers, from the Met Police, said: ‘I would like to thank the victim for her bravery during this horrific assault.

‘I hope that she finally has some closure to an ordeal that has been so traumatising for her and her family.’