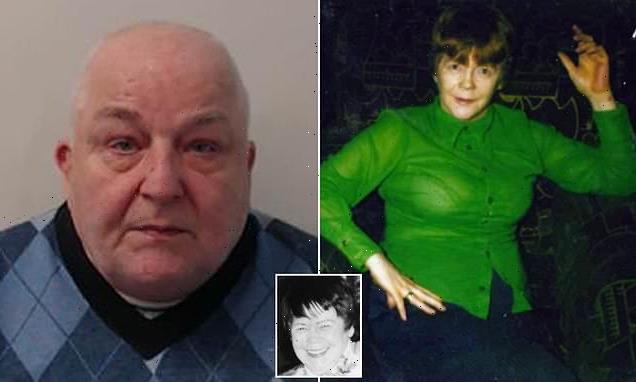 Convicted rapist, 59, who murdered mother-of-11 by strangling her with her own dressing gown cord more than 36 years ago is jailed for 14 years after DNA breakthrough

A sexual predator who murdered a mother-of-11 in her own home more than 36 years ago has been jailed after being snared through a DNA breakthrough.

Convicted rapist Graham McGill, 59, was an inmate at HMP Edinburgh on temporary release when he strangled Mary McLaughlin in Partick, Glasgow, in September 1984.

Ms McLaughlin, 58, was found dead six days later by her son with the cord of her dressing gown wound round her neck three times.

Her death sparked a major police investigation and spawned dozens of lines of inquiry but the cold case remained unsolved until modern DNA techniques placed McGill in her flat ‘with a greater than billion-to-one likelihood’.

Scientists managed to extract his DNA from one of the knots in the dressing gown ligature.

McGill, who had previously been locked up for six years for assault with intent to ravish and rape in 1981, was convicted of the murder last month following a trial at the High Court in Glasgow.

He was sentenced at the High Court in Aberdeen today to life imprisonment and will have to spend 14 years behind bars before any possible release on licence. 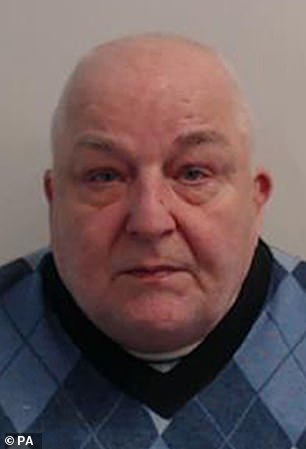 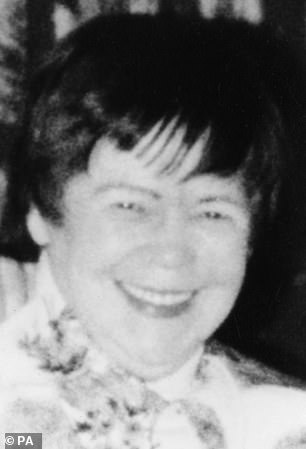 Convicted rapist Graham McGill, 59, was an inmate at HMP Edinburgh on temporary release when he strangled Mary McLaughlin in Partick, Glasgow, in September 1984

Ms McLaughlin had enjoyed a night out drinking and playing dominoes at different bars on September 26 and was last seen at about 10.45pm heading to a chip shop on her way home.

The jurors heard that in 1984 a major investigation was launched but no one was ever charged with murder.

Over the years police and scientists battled to find out the identity of Mary’s killer and a number of cold case probes were launched.

McGill was finally caught thanks to the dedication and determination of two forensic scientists.

They looked at new ways to extract the killer’s DNA from the ligature that was tightly wrapped three times round her neck and knotted twice.

The material had deteriorated badly over time but techniques in obtaining DNA had reached what was described as ‘the gold standard’.

They discovered that although one of the two knots on the cord had been untied and tested the other had not been touched since Mary’s body was found in her home. 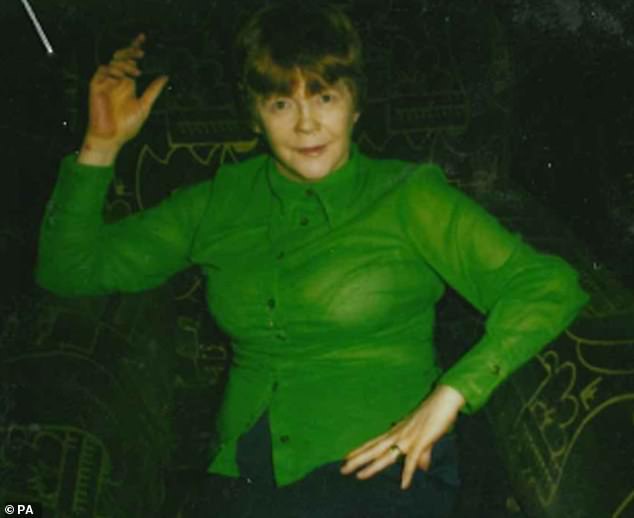 Ms McLaughlin, 58, was found dead six days later by her son with the cord of her dressing gown wound round her neck three times

This double knot was carefully opened in a slow, methodical way and photographs taken at every stage.

The fabric inside the knot was tested the scientists found Mary’s DNA as well as the DNA of McGill.

McGill’s ex-wife, Suzanne Russell, has told jurors that in 1988, he had confessed to murdering a woman because he ‘just wanted to know what it felt like’.

Sentencing, Judge Lord Burns said: ’36 years after the death of Mary McLaughlin, you have been convicted of her murder. She was 58 when she died and you were 22. You are now 59.

‘Her family has had to wait all that time in order to discover who was responsible for that act knowing that whoever did it was probably at large in the community.

‘They had never given up the hope that some day they would find out what had happened to her. They have been deprived of her love and companionship.

‘It is due to the perseverance of police authorities and, in particular, the forensic biologists, that your guilt could be demonstrated.

‘The evidence showed that your chance encounter with Mary McLaughlin that night allowed you to take advantage of a vulnerable and lonely woman who was probably intoxicated. 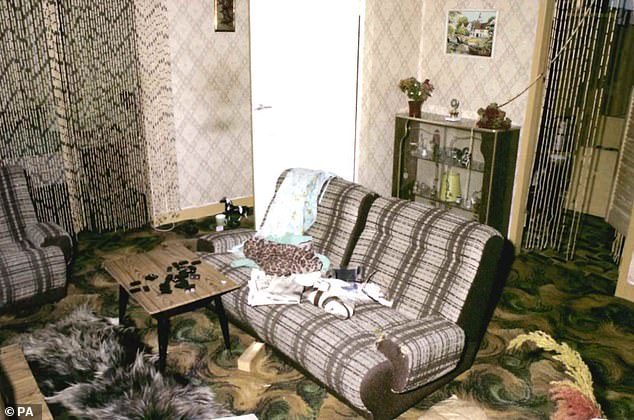 ‘The attack took place within her own home to which she may have invited you. She was wholly unable to defend herself against any attack from someone like you.

‘You proceeded to strangle her with a cord until she was dead. You then left her in her house.

‘From the evidence of Suzanne Russell, to which I can have regard, it may be that you made a calculated decision to kill this woman.

‘She was eventually found by one of her sons. You continue to deny any responsibility for your actions. You therefore show no remorse for this murder.’

Procurator Fiscal for Homicide and Major Crime, David Green, said: ‘This was a challenging investigation requiring complex and thorough work by specialist prosecutors.

‘Under their direction, experts in forensic science saw an opportunity to use modern DNA techniques to analyse evidence from the scene that had been preserved by the original investigating officers before such techniques were available to them.

‘Unresolved homicides are never closed, and the Crown is committed to working with police to bring these cases to court wherever possible.

‘Our thoughts remain with Mary’s family, and I hope the sentence imposed today goes some way towards providing resolution for them.’