RAPPER Wiley has been banned from Twitter and dropped by his manager after launching into an anti-Semitic rant.

The grime artist made a string of shocking comments on Twitter branding Jewish people "too touchy," and saying Israel "is not yours." 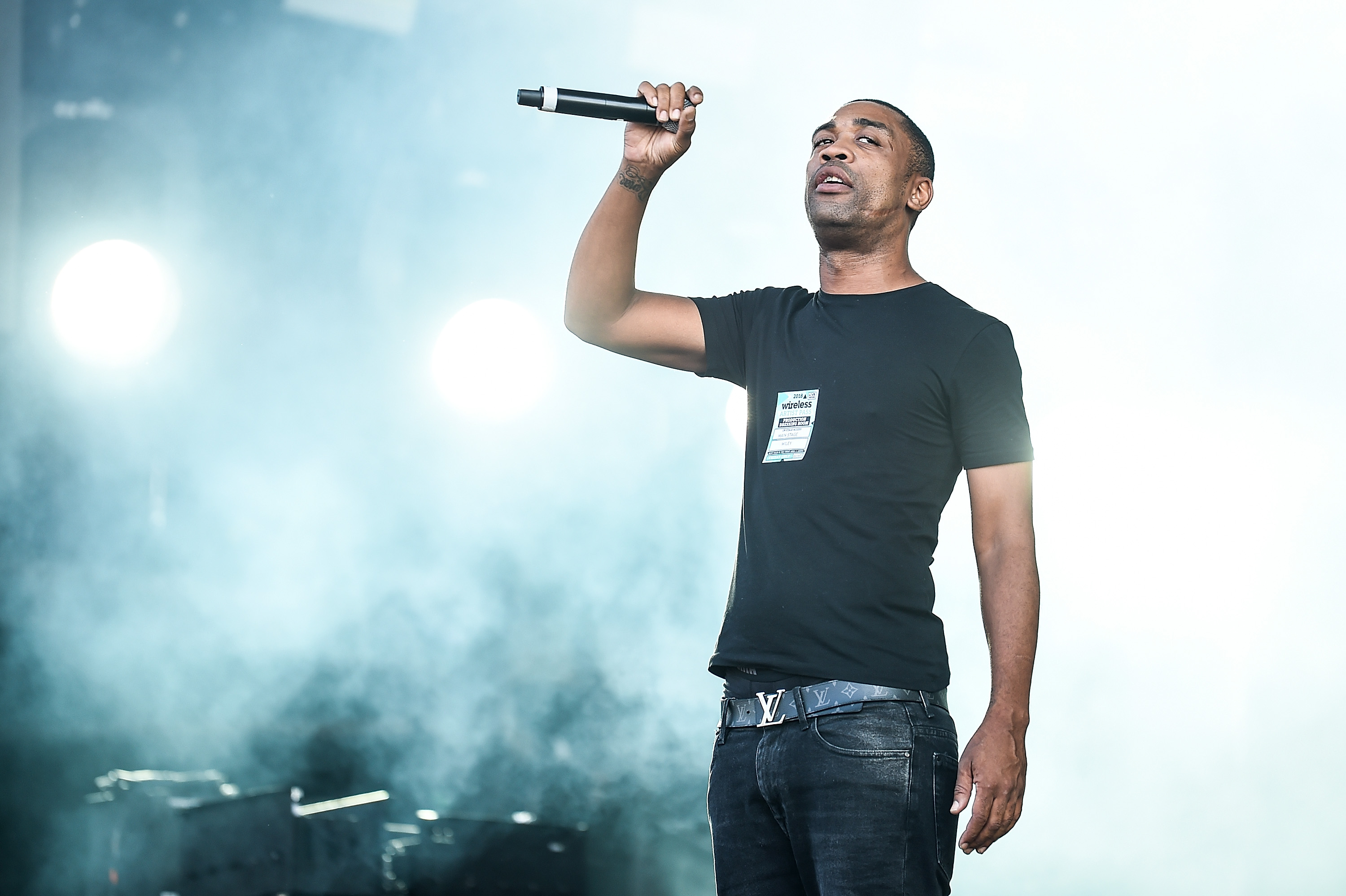 He announced today he had been banned temporarily from the social media site, who still haven't deleted his tweets 12 hours later.

Mr Woolf, who is Jewish, wrote on Twitter today: "Following Wiley's antisemitic tweets today we at @A_ListMGMT have cut all ties with him. There is no place in society for antisemitism."

He had earlier said he did not support or condone what Wiley – real name Richard Cowie – posted but said he would speak to him privately and "help educate him". 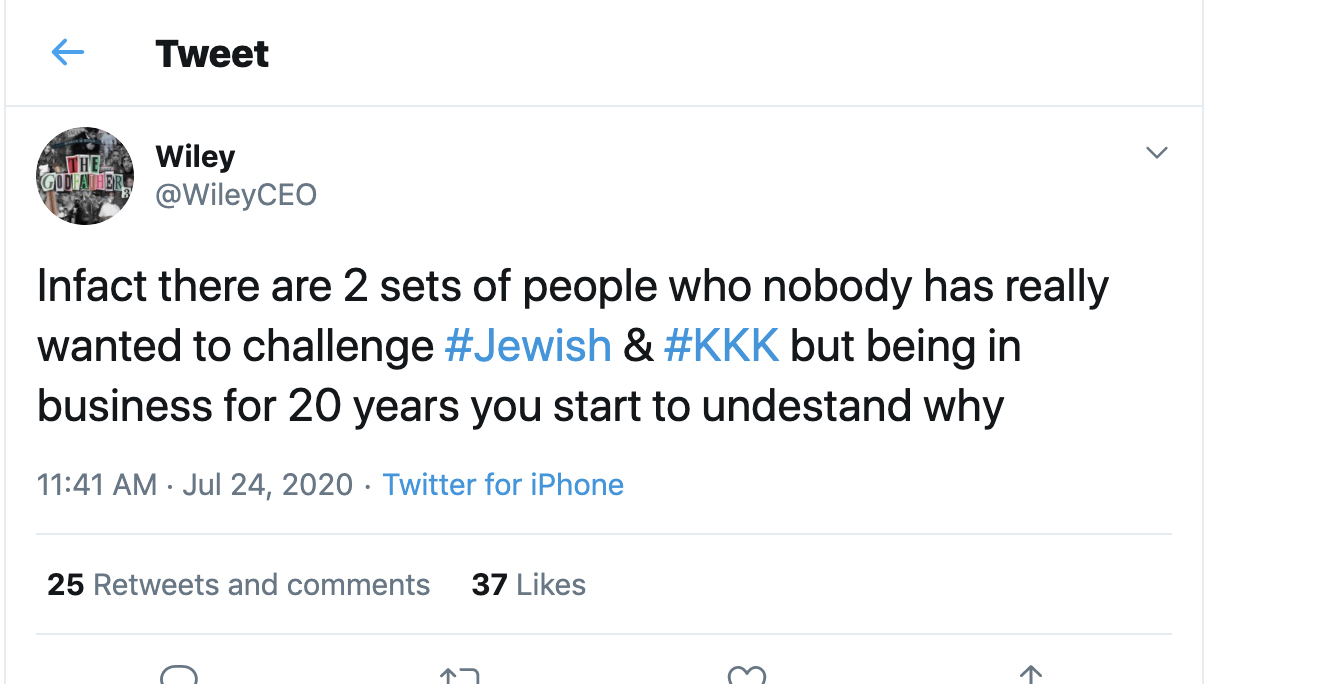 The Campaign Against Antisemitism has now asked police to investigate the content and called for Wiley's accounts to be shut down "to prevent further outpouring of anti-Jewish venom".

Among the under-fire tweets, Wiley wrote: "If you work for a company owned by 2 Jewish men and you challenge the Jewish community in anyway of course you will get fired."

He also said: "Red necks are the KKK and Jewish people are the Law…Work that out."

Another tweet stated: "In fact there are 2 sets of people who nobody has really wanted to challenge Jewish & KKK but being in business for 20 years you start to understand why."

The artist continued: "Jewish community ya too touchy anyway Israel is not yours hold that".

Twitter has also been slammed for allowing the shocking tweets to remain visible.

Labour MP Jess Phillips said: "Just seen all the Wiley stuff. Why on earth have @Twitter left up such blatant antisemitism and hatred? It hits all the dangerous beats, Jews get things you don't get, they are in control, they think their better… This is dangerous stuff. Surely it should come down."

Fellow MP Neil Coyle added: "His management appear able to act quicker than @Twitter emphasising, once again, that legislation (including the Online Harms Bill) should ensure social media platforms are not used to spread hate."

Wiley, known as the Godfather of Grime, received an MBE for services to music in 2018.

He is now facing calls to be stripped of the honour by the Campaign Against Antisemitism.

A spokesperson said: "Our Crime Unit has reported this matter to the Metropolitan Police Service as we consider that Wiley has committed the offence of incitement to racial hatred, which can carry a substantial prison sentence.

"We have additionally asked Twitter and Facebook, which owns Instagram, to close down his accounts which have hundreds of thousands of followers, to prevent further outpouring of anti-Jewish venom." 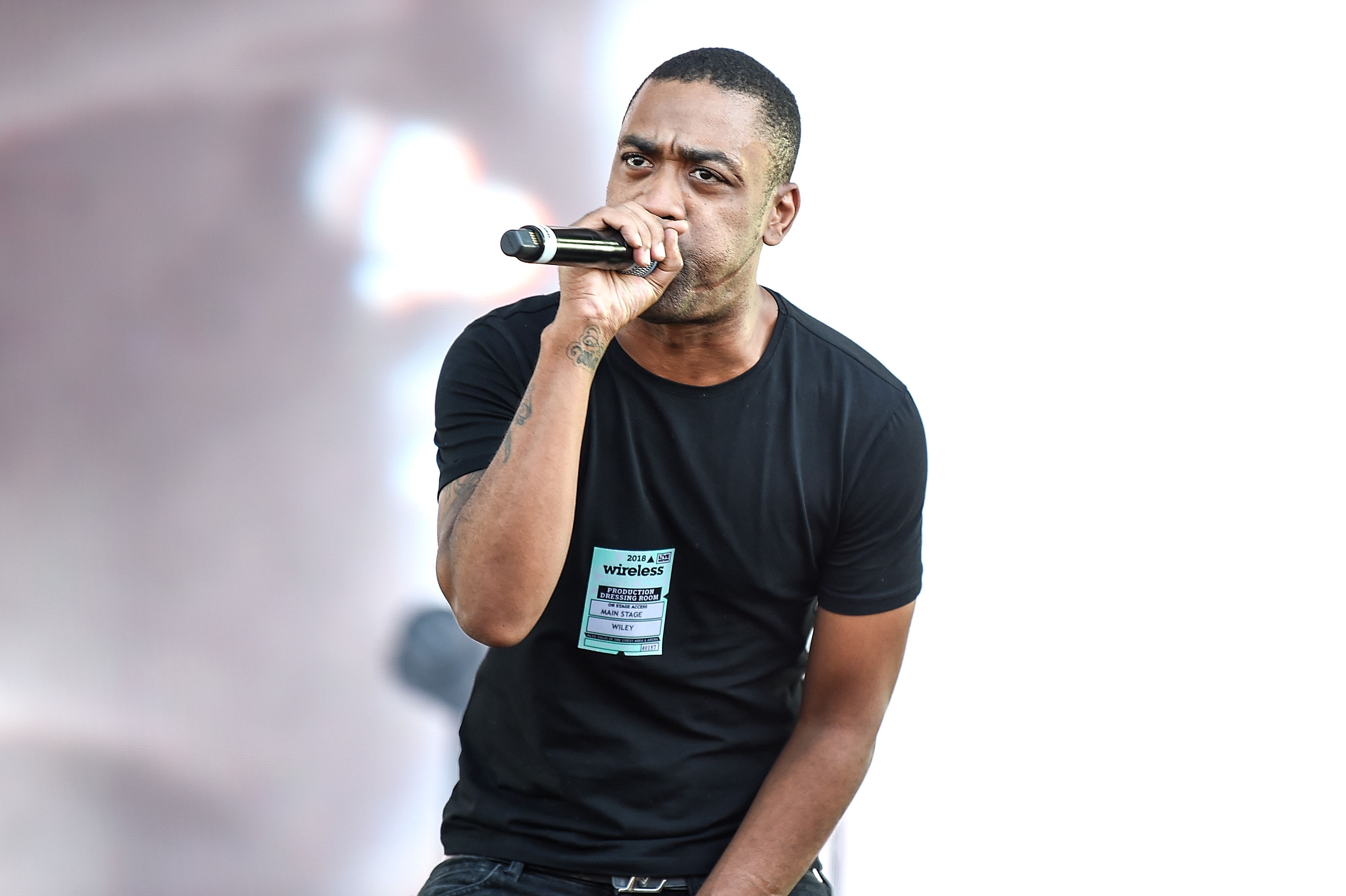