A rare parchment copy of the American Declaration of Independence has been found at a British archive among the papers of an aristocrat who supported the rebels, officials have said.

The manuscript was discovered at the West Sussex Record Office in the southern English city of Chichester by a team of researchers led by two Harvard University academics.

Tests supported the hypothesis that it was produced in the 1780s, West Sussex County Council said earlier this week – just a few years after the declaration itself was issued in 1776.

The document ‘is the only other contemporary manuscript copy of the Declaration of Independence on parchment apart from the signed copy at the National Archives in Washington DC,’ known as the Matlack Declaration, a council statement said earlier this week.

The parchment is believed to originally have belonged to Charles Lennox, the Third Duke of Richmond.

Lennox was an army officer and politician known as the ‘Radical Duke’ for his support of American colonists during the Revolution. 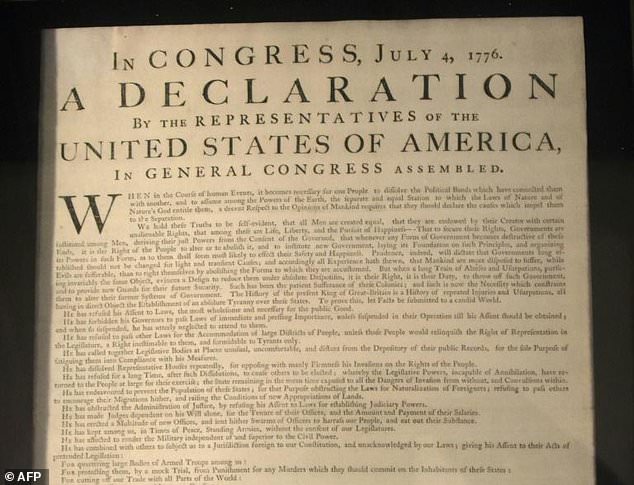 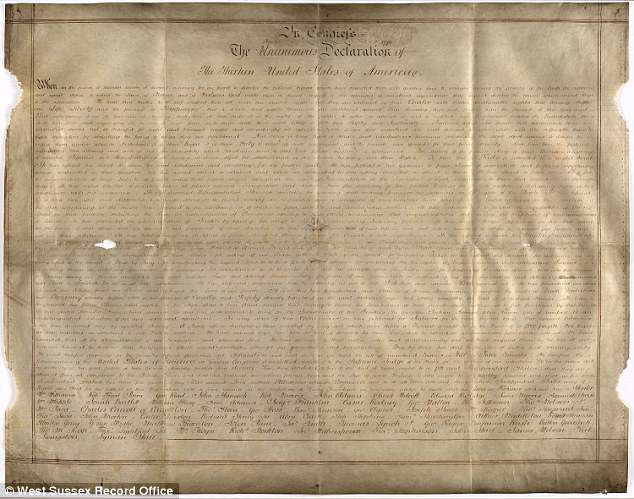 Multi-spectral imaging of the document ‘revealed a date beneath an erasure on the document’ which reads either ‘July 4, 178′ or July 4, 179’, researchers said.

The fourth digit for the year may have been permanently erased. 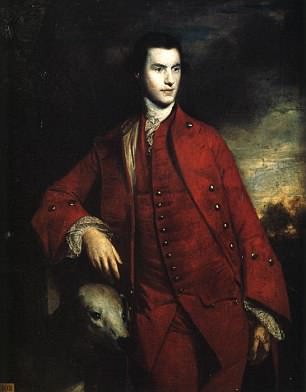 The new copy was found with the papers of British aristocrat Charles Lennox, known as the ‘radical duke’ for his support of America during the revolution

The Harvard Gazette said the clerk drawing up the document was ‘inexperienced’ as the date was written on a slight downward slant and the year of the production of the document was used rather than the year in which the declaration was enacted.

Adopted on July 4, 1776, the declaration states that 13 American colonies then at war with Britain would regard themselves as independent sovereign states no longer under British rule.

July 4 is celebrated as Independence Day in the United States.

Researchers said X-ray fluorescence analysis of the document found a high iron content in holes in the corner of the parchment, indicating that nails may have been used to hang it.

DNA tests also revealed the parchment was made of sheepskin.

The Harvard Gazette said the most interesting feature of the document was its treatment of the list of signatories. 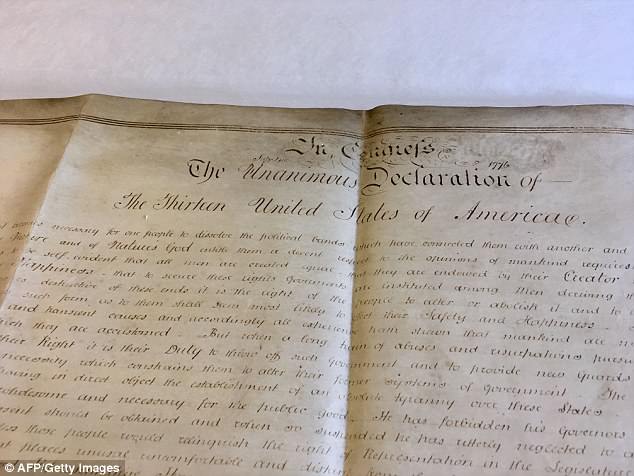 The academics found the clerk who wrote up the copy was ‘inexperienced’, as they wrote the wrong date and printed it on a slant (pictured)

‘In contrast to all other 18th-century versions of the declaration, on this parchment the list of signatories was not grouped by states.

‘The team hypothesises that this detail supported efforts… to argue that the authority of the declaration rested on a unitary national people, and not on a federation of states,’ it said.

Harvard academics Emily Sneff and Danielle Allen carried out the research along with the West Sussex Record Office, the British Library, the Library of Congress and the University of York.

Lennox, the owner of the document, was educated at Westminster and Leiden University, and was a member of the British Army from 1752 to 1806, achieving the rank of Field Marshal.

He died in 1806 and was buried in the Chichester Cathedral.

Though he had married, he left no legitimate heirs behind – only three illegitimate children born to his housekeeper.

Lennox and his family have been well remembered, despite centuries passing.

In 1999, a biography on his five sisters – who are known for having married prominent men, was turned into the BBC television show Aristocrats.