This bodega ain’t big enough for the both of us! Hilarious moment massive RAT bullies Brooklyn cat out of the way

A Brooklyn bodega cat proved no match for a giant rat with a bad attitude.

A hilarious video courtesy of ViralHog emerged online over the weekend capturing a tense standoff between a pair of four-legged foes on the mean streets of the Big Apple.

The minute-long cellphone footage recorded on September 19 begins with a black cat leisurely reposing on the sidewalk beside a cardboard box at a Brooklyn fruit market when it is confronted by a massive gray rat. 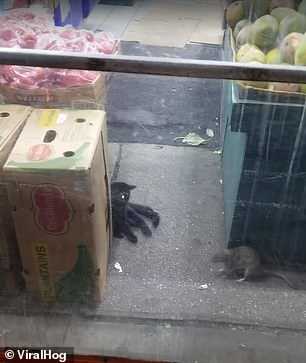 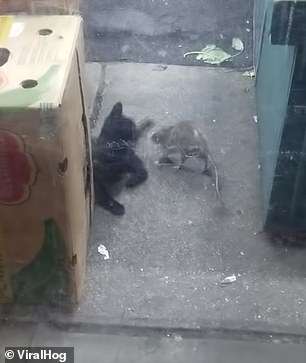 Brooklyn standoff: A black bodega cat was confronted last month by a feisty rat at a Brooklyn fruit market 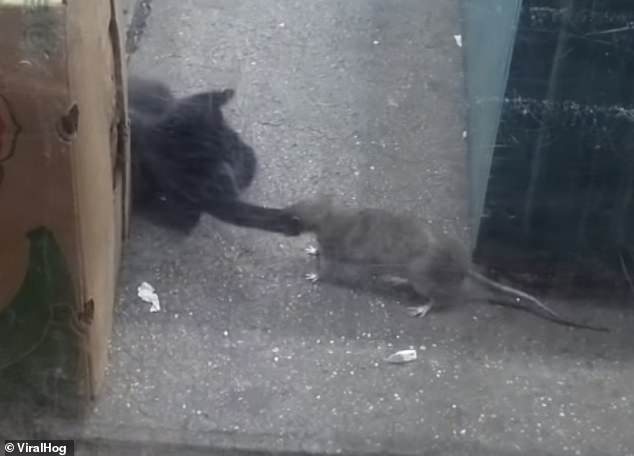 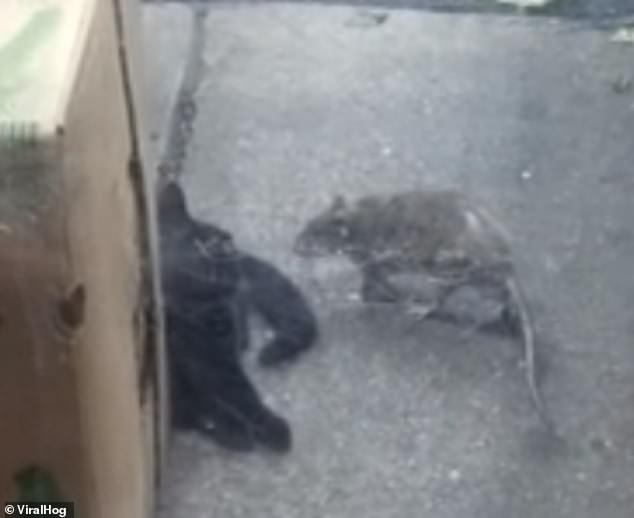 Staring contest: The rat took an aggressive stand and proceeded to stare down his much bigger opponent

Instead of running scared from its natural foe, the rodent walks right up to the cat and stares it down.

The cat defensibly swats at the furry critter with its paw, causing it to retreat, but the feline’s victory is short-lived.

Again and again, the feisty pest returns to aggressively challenge the cat’s dominance of the corner.

The cat never makes an attempt to lunge at, or bite, the interloper, and instead feebly tries to scare it off but taking a few swipes at the rat.

Unimpressed with its moves, the critter inches closer and closer towards the cat.

The Brooklyn turf wars ends with a hilarious 14-second staring contest, from which the bully rat emerges an importable winner.

Having been forced to cede control of his corner to the rat, the vanquished cat scurries off and takes up a position nearby. 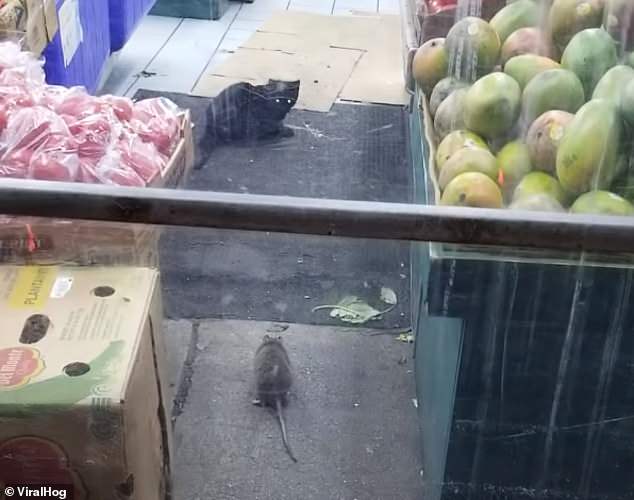 And don’t come back! The rat emerged as the winner, forcing the cat to leave its spot next to a cardboard box