You’ll probably know the Hairy Bikers as a bearded Geordie cooking duo who tour the world on their motorbikes.

Milly, who lives in Glasgow with owner Paul Crossan, is often seen in a helmet and custom-made leather jacket as she accompanies him in a secure compartment. 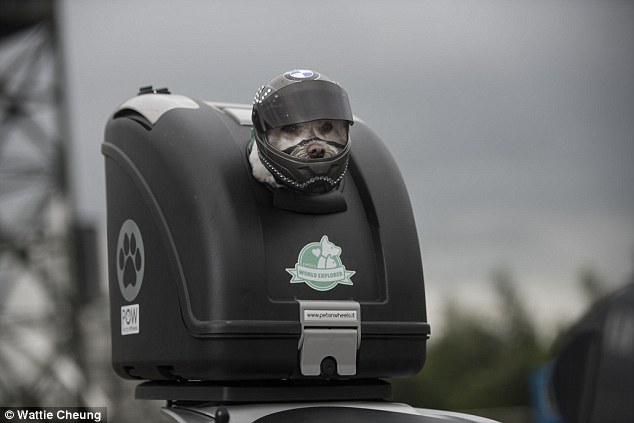 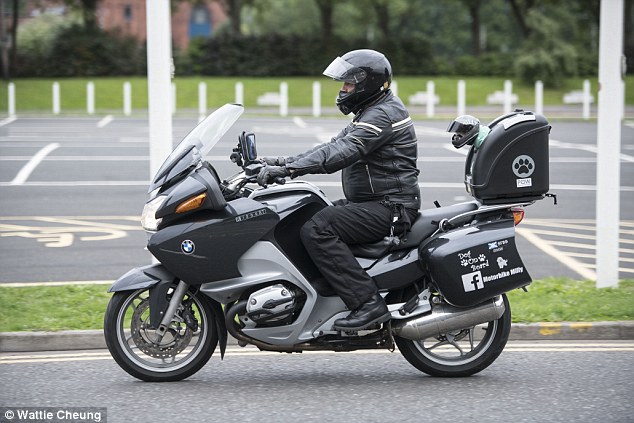 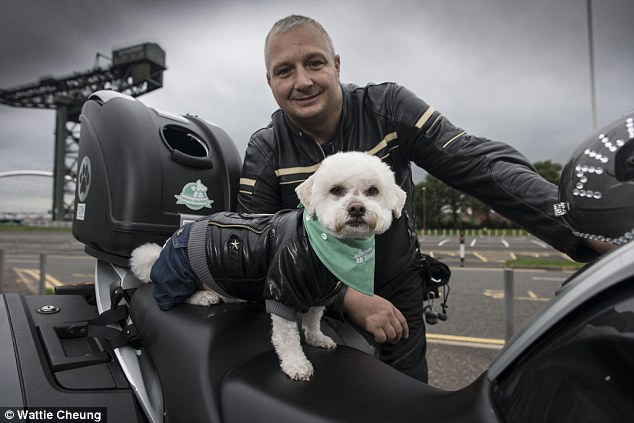 Paul Crossan said: ‘We always get people driving past and smiling as they notice her’

And when Mr Crossan entered her in a picture competition for pets who ride motorbikes, she floored her rivals.

More than 50 biking buddies were submitted, including a boa constrictor, before the final 12 were put to a public vote.

Mr Crossan, 40, said: ‘She loves being out on the bike – I take her along to the shops down the road as well as long journeys across the country.

‘We always get people driving past and smiling as they notice her.’

He added: ‘Winning the competition? It was brilliant but I don’t think I’ve ever been so stressed in my life.

‘At one point it was getting close between her and another dog but she cinched it in the end.

‘She’ll definitely get a treat or two to celebrate. I’m also going to get her a custom-made leather waistcoat to complete her look.’

Tom Warsop of Devitt Insurance Services, which ran the competition, said: ‘It’s been great to see so many animals clearly enjoying the ride as much as their owners do.’