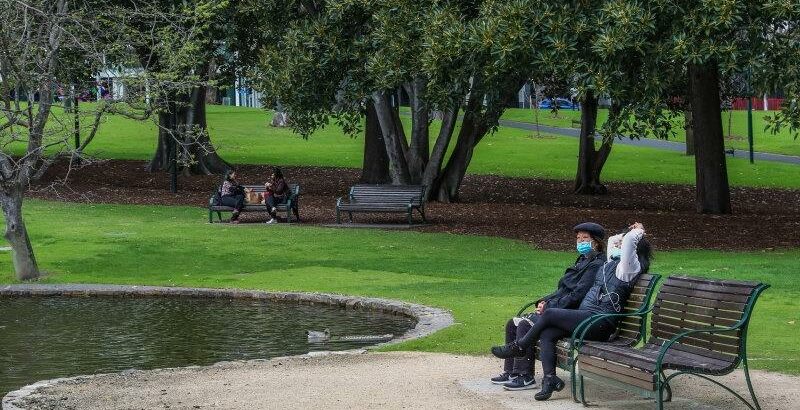 Victoria has reported a record 867 new local coronavirus cases and four deaths, as the state is set to hit the first-dose vaccine target of 80 per cent.

In the daily COVID numbers tweet, the state’s health department said an additional 149 new cases had been recorded over the weekend, blaming a third-party software vendor supporting a private provider for the error. However, it is unclear whether those additional cases are included in Tuesday’s numbers. 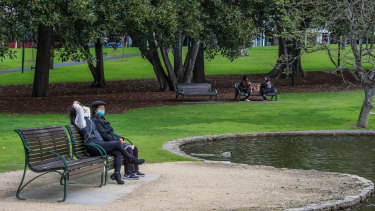 Restrictions will ease slightly in locked-down Melbourne and the Mitchell Shire at 11.59pm on Tuesday.Credit:Asanka Ratnayake/Getty

Tuesday’s new cases came from more than 49,450 COVID-19 test results, while more than 35,160 people received a coronavirus vaccine on Monday. There are now 9261 active COVID-19 cases across Victoria.

From 11.59pm on Tuesday – after the state hits the first-dose vaccination target of 80 per cent – residents will be allowed to play “contactless” outdoor sports such as golf and tennis.

Recently introduced restrictions around playgrounds will be also be lifted, allowing people to gather in groups of two or five, depending on their vaccination status, and to remove masks to eat and drink.

Victorian Premier Daniel Andrews confirmed the state would hit the milestone on Tuesday.

“We will hit 80 per cent sometime today,” the Premier told the 3AW Breakfast team.

“We’re not over-selling it – it’s a series of modest changes – but it gets people back outdoors doing the things that they love.

“There’s safe steps that can be taken at this point, and it’s all a credit to Victorians. We’ve got to the 80 per cent single dose, we’ve now got to keep pushing forward, get that number up even higher, and then get the second doses done.”

Mr Andrews said Victorians could look to “something like a normal Christmas” and to 2022 with a sense of optimism, “because this will be behind us”.

The slight easing of restrictions will come as fresh outbreak data shows Victorian contact tracers are performing optimally and vaccines have caused fewer COVID-infected Victorians to end up in hospital than during last year’s outbreak.

The proportion of Victoria’s active cases in hospital is about 4 per cent, compared to 14 per cent in August last year when outbreaks were rife among Victoria’s unvaccinated aged care residents.

Despite recording hundreds of cases for weeks, data from the federal Health Department’s national COVID-19 metric database shows 100 per cent of people who test positive in Victoria are notified within 24 hours, which is a key marker of top contact-tracing performance. In NSW, two-thirds are being told within a day.

Victorian disease detectives, whose performance was substandard in 2020, when a paper-based system was used, are also contacting 100 per cent of close contacts within 48 hours.

The effective reproduction number – which measures how many people each infected person passes the virus onto – first dropped below 1 in NSW on September 9, when about 76.4 per cent of people in the state had received at least one vaccine dose.

Victoria has just passed the single-dose target of 77 per cent for the eligible population and its effective reproduction number dipped slightly to 1.26 on Monday.