Washington: An intense heat dome has swelled over Scandinavia, pushing temperatures more than 10 degrees above normal and spurring some of the region's hottest weather ever recorded and a historic bush fire outbreak in Sweden.

Even as far north as the Arctic Circle, the mercury has come close to 32 degrees Celsius. 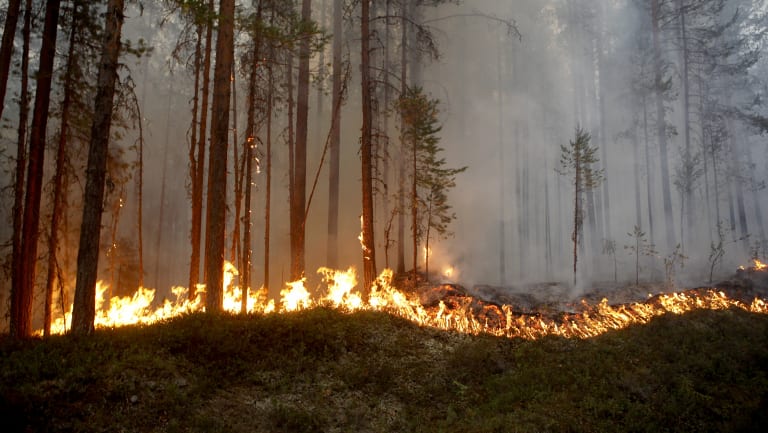 A wildfire burns in Karbole, outside Ljusdal, Sweden, on Sunday.

Normally, temperatures in Scandinavia during July warm to the comfortable early 20s. This week, they have soared into the early 30s.

Since Monday, several locations have approached or surpassed their highest temperatures observed any day or month of the year.

In central Norway, Trondheim Airport hit 32.4 on Monday, and Snasa 31.6 degrees, both are all-time records. 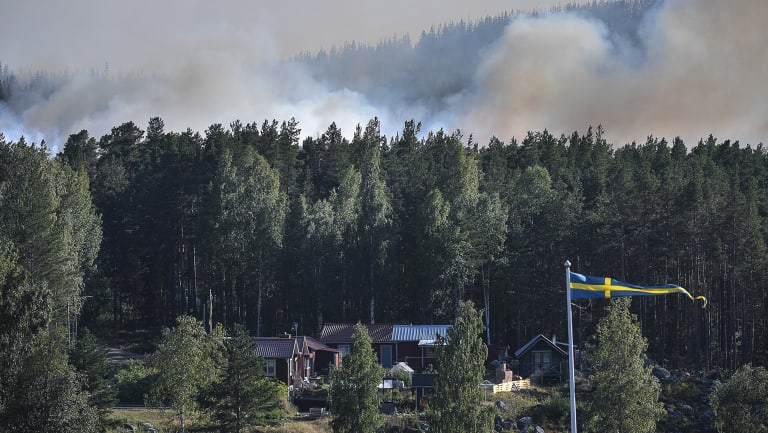 Smoke rises from just beyond a bank of trees and homes, as a wildfire threatens large tracts of land, outside Ljusdal, Sweden, on Tuesday.

In southern Finland, Turku hit 33.3 degrees on Tuesday, the highest temperature since 1914 when it reached 35.9. Helsinki witnessed one of its hottest two-day periods on record on Sunday and Monday.

In southern Sweden, Uppsala hit 34.4 degrees on Monday, its highest temperature since 1975.

French meteorologist Etienne Kapikian, who compiled many of these hot weather extremes, said the heat was particularly widespread throughout Finland, where temperatures were at least 30 degrees across much of the country.

To the west, Sweden's national weather agency issued a rare heat warning for temperatures forecast to reach at least 30 five days straight in its central region, according to The Local.  The publication said the high temperatures have likely intensified a "historic wildfire outbreak" afflicting the country.

The heat dome responsible for the sweltering temperatures is predicted to only very slowly drift eastward over the next several days.

"The heat is here to stay for a while," said Meteorologist Joonas Koskela, from the Finnish news organisation Yle.

Scandinavia is the latest region of the Northern Hemisphere to deal with exceptionally hot weather this summer. New all-time heat records have been set on every continent, including several locations in North America, Europe, Eurasia, Middle East, Africa and Asia.