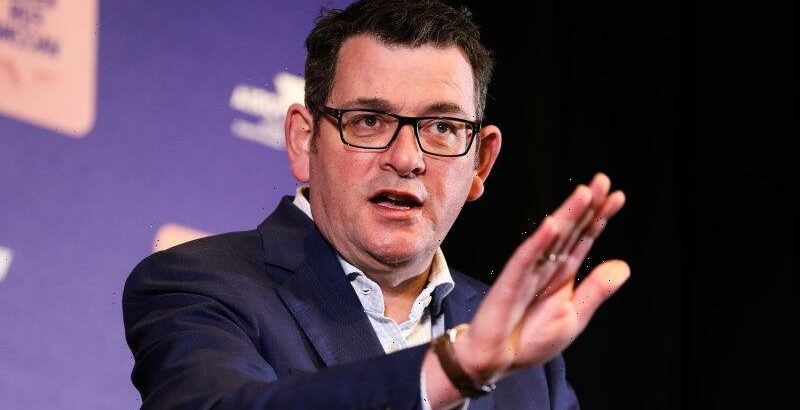 An explosion of COVID-19 cases in Shepparton and the suspicion the virus has already moved undetected into new communities has pushed regional Victoria into lockdown with just two hours’ notice.

Childcare access statewide has been restricted to essential workers and masks encouraged for primary-school aged children, with almost half of the active cases children or young adults under 21. 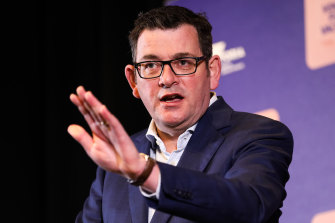 Victoria initially recorded 61 cases of the virus yesterday, with a further 16 later reported. More than 30 were linked to two rapidly expanding clusters, one at a Broadmeadows child care centre and the other in Shepparton, two hours north of Melbourne.

The state recorded 13 mystery cases, with only 22 people in isolation during their entire infectious period.

By Saturday afternoon the number of cases in Shepparton had grown to 21. Goulburn Valley Health chief executive Matt Sharp confirmed the majority of cases involved children.

The decision to enforce lockdown rules in regional Victoria, with the exception of curfews, was driven by a growing number of cases and exposure sites linked to a Shepparton case.

More than a quarter of Victoria’s new infections are in children aged under 10.

The state government announced childcare would move to a permit-based system for essential workers from Monday due to a rapidly growing cluster linked to a multicultural youth centre at Broadmeadows where a childcare centre operates.

Parents have also been urged to fit masks to primary school-aged children both indoors and outdoors across the state.

Professor Sutton said the change was reflective of the Delta variant and the “over-representation of young children” in the current caseload.

He said the mask rule for children would be a recommendation at this stage in recognition of how difficult it is to enforce.

“It is a small but very effective tool … we think it can make a big difference.”

The growing outbreak impacted two major Melbourne hospitals, including the Royal Melbourne Hospital, where two patients and a staff member have tested positive for COVID-19.

About 65 people who worked or passed through the Werribee Mercy Hospital emergency department on Thursday have been isolated after a patient there tested positive.

Although the hospital remains open to patients, management is requiring all staff with even fleeting contact to isolate due to the “extremely contagious nature” of the Delta strain.

Thousands of close contacts from the Shepparton community were in isolation on Saturday with health authorities concerned about cases spreading to other regional towns after one case travelled to Bendigo, in central Victoria.

An agricultural vehicle company in Bendigo has been listed as an exposure site as well as a hairdresser and supermarket in Shepparton and a petrol station in neighbouring Mooroopna.

Several schools in the Goulburn Valley have also been listed as exposure sites, with a positive case attending Greater Shepparton Secondary College while infectious every day from the August 15 to 20.

Premier Daniel Andrews said it “simply was not possible” to give regional Victorians more warning, despite wastewater tests detecting COVID-19 fragments in Shepparton a week ago.

The snap decision saw regional roads clogged and brides rushed to say “I do” ahead of the 1pm lockdown deadline.

In the state’s north-west, Robinvale couple Santhia Ravichandran and Muralitharan Manivel married on the banks of the Murray River in Swan Hill, one hour before the lockdown came into effect.

With the couple’s reception at a local restaurant cancelled, the pair and celebrant Carolyn Harrop bought roast chicken and white bread from the local supermarket instead.

“My family was there, they are the most important people in my life, so everything is good,” Ms Ravichandran said.

“I felt so sad and so happy all in one because I’d been living in uncertainty during every moment.”

The move was criticised by regional Victorians whose plans were thrown into chaos.

One woman from a regional town said her family was “stoic” but struggling with the new five-kilometre travel limits in regional Victoria which meant many could not attend her aunt’s funeral this weekend.

Current restrictions dictate a maximum of 10 people per funeral.

“It’s been a tough week already, trying to figure out who could attend, a lot of family already missed out,” she said.

“We knew it was a changing situation … but attending a funeral is a once in a life opportunity. It’s been particularly awful for us.”

Mr Andrews apologised for the inconvenience caused to hundreds of thousands of regional Victorians forced to cancel plans at the last minute but said locking down individual towns and communities wasn't an option.

"When you already know that there has been movement to other parts of Victoria then the notion of trying to divide Victoria into different sectors, that doesn't work."

From Monday, there will be more stringent rules for high-risk essential workplaces such as abattoirs and seafood processing with additional obligations such as workforce limits and mandatory testing. Construction in the city has also been reduced to 25 per cent capacity.

Professor Sutton described the new measures as a way of “buying time” until more people are vaccinated.

“A transmission saved today is one hundred, or one thousand cases saved a month from now,” he said.

There were 29,539 doses of vaccine administered at state-run hubs on Friday.

Health officials confirmed there were almost 80,000 vaccination appointments available in Victoria in the next seven days, representing two thirds Pfizer and one third AstraZeneca.

That includes more than 7000 bookings available in both Geelong and Frankston, 5000 at the Melbourne Exhibition centre.