BEIJING (Reuters) – The rejection of international law is on the rise, Iranian Foreign Minister Mohammad Javad Zarif said on Monday, during a meeting in Beijing with the Chinese government’s top diplomat, State Councillor Wang Yi. 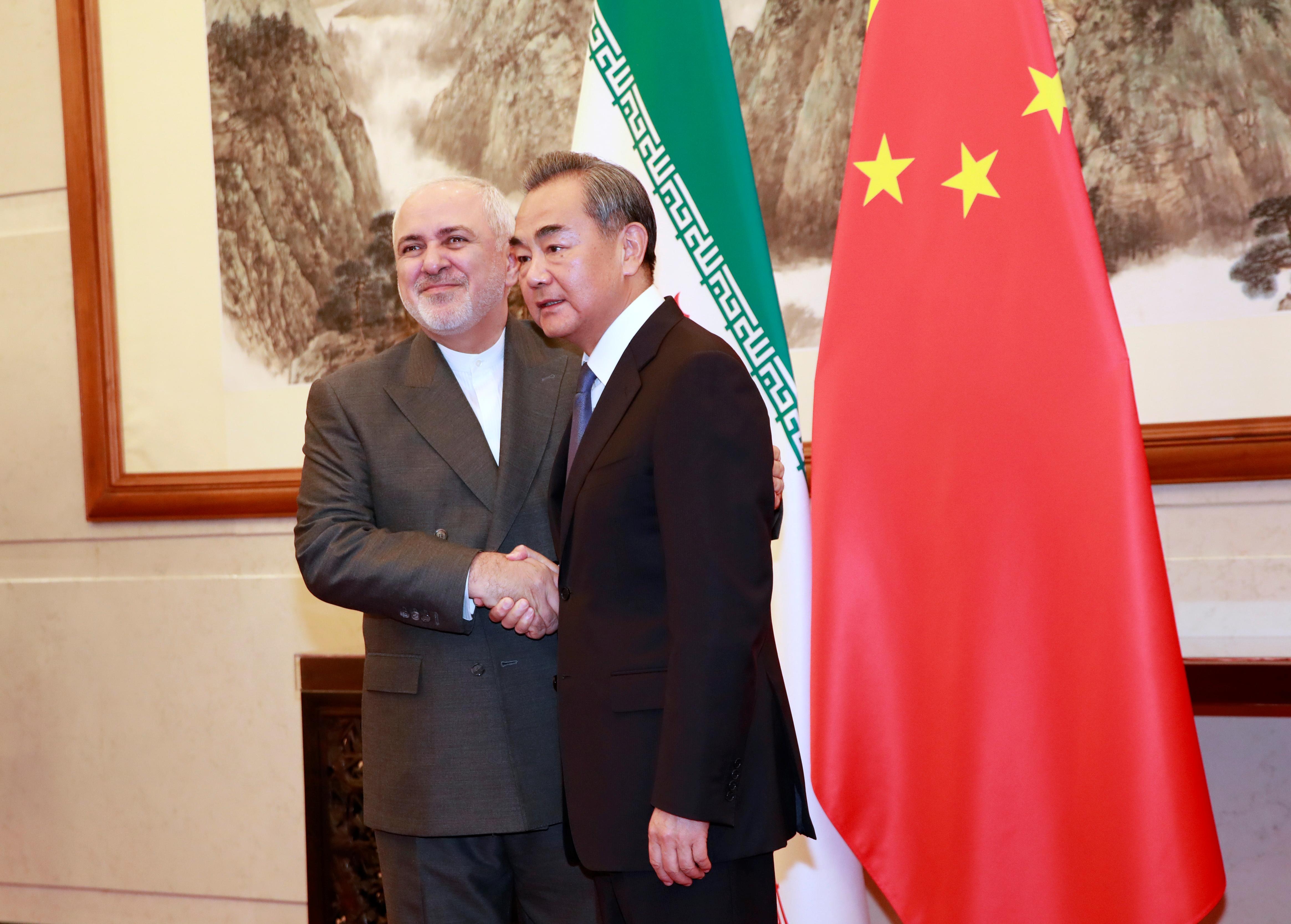 Zarif said he was in Beijing to brief the Chinese official on his recent meetings in France on the Iran nuclear deal, but he gave no details.

Zarif arrived in China after a visit to the G7 summit for talks with host France, as Paris ramped up efforts to ease tension between Tehran and Washington, a dramatic diplomatic move that the White House said had surprised it.

The 2015 nuclear deal between Iran and major powers aimed to curb Iran’s nuclear activities in exchange for the lifting of many international sanctions on Tehran.

Since pulling Washington out of the deal last year, U.S. President Donald Trump has pushed a maximum-pressure policy to try to force Iran into a new negotiation that would include its ballistic missile program and regional activities.

China has close energy and diplomatic ties with Iran, and is one of the signatories to the nuclear deal, which it says must be upheld.

“We are comprehensive strategic partners,” Wang said. “That speaks to the high level of our relationship and our close strategic cooperation.”

It also “understands the reasonable demands put forward by Iran”, he said, adding that China would continue to play a constructive role in easing tension in the Gulf region.

Zarif said he was particularly excited by the Belt and Road Initiative, which aims to recreate the old Silk Road with massive infrastructure spending connecting China with the rest of Asia and beyond.

Iran considers the Belt and Road “to be the future of our region and our global interactions”, he added.