Remainer MPs are poised to launch a new political party before Christmas in a last-ditch bid to thwart Brexit, it was claimed today.

The plan suggests up to 17 Labour MPs could be joined by the dozen Liberal Democrats and up to 10 Remain Tories.

In theory if the new party secured enough defections to give it more seats than the SNP, it would become the third largest in the Commons and win the right to get weekly questions at PMQs and time on TV. 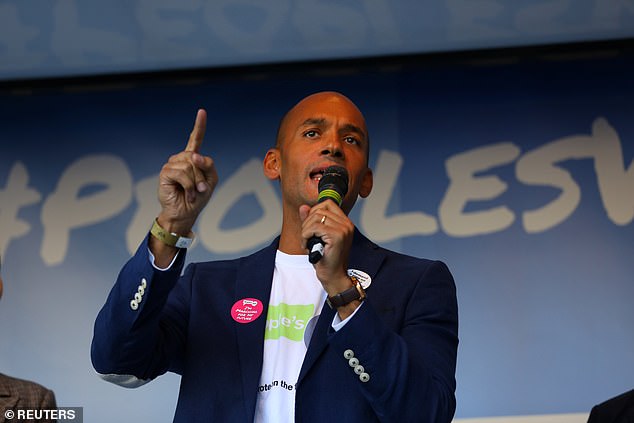 The Sunday Express said it could be launched as soon as next month and those involved say it must be up and running before January 28, the date Remainers think is the last chance to halt Brexit in Parliament.

The favourite to lead the group is Labour MP Chuka Umunna – but he denied involvement today. Other names in the frame include former shadow chancellor Chris Leslie and even David Miliband, the former foreign secretary who quit politics in 2013.

One MP told the Express: ‘If you look at the groups that have coalesced around the People’s Vote campaign and the work that is coming out then it is just a matter of putting the pieces together.’

Another MP said: ‘There is a massive hole in the centre of British politics at the moment and we have seen an unprecedented amount of private polling for a new party which shows there is a thirst for one.

‘Clearly this is the going to be the best way to reverse Brexit and getting back into the EU, even if we can’t stop the UK leaving, will be one of the main policies.’

Initially, the party is expected to be formed by 17 Labour MPs opposed to Jeremy Corbyn. 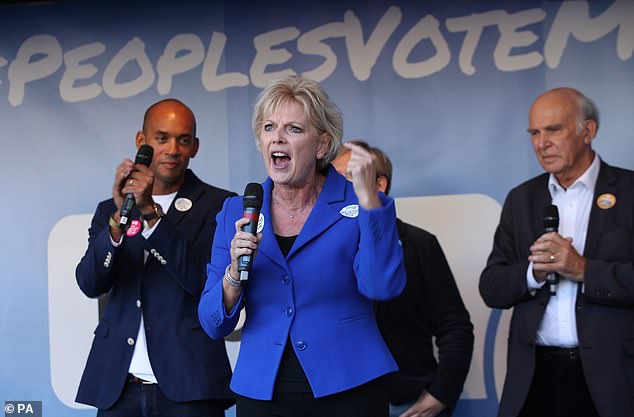 There are claims that those behind the move are targeting Remainers like Anna Soubry (pictured at the People’s Vote march last month), Justine Greening, Phillip Lee and Sarah Wollaston among others

The plan is to join with the 12 Lib Dem MPs and attract up to 10 Tories with claims that they are targeting Remainers like Anna Soubry, Justine Greening, Phillip Lee and Sarah Wollaston among others.

A senior Labour peer has said that most of the party’s members in the Lords would also switch to the new party.

A Tory MP, who is considering joining if the party is launched, said: ‘Businesses have given up on the Conservatives, they are fed up over Brexit.’

He said: ‘These rumours are being put about by those who want to undermine these cross-party efforts to secure a People’s Vote but we won’t be deterred. The national interest must be put beyond party politics.’