Here are the main events being held in London, Manchester and Birmingham this year. 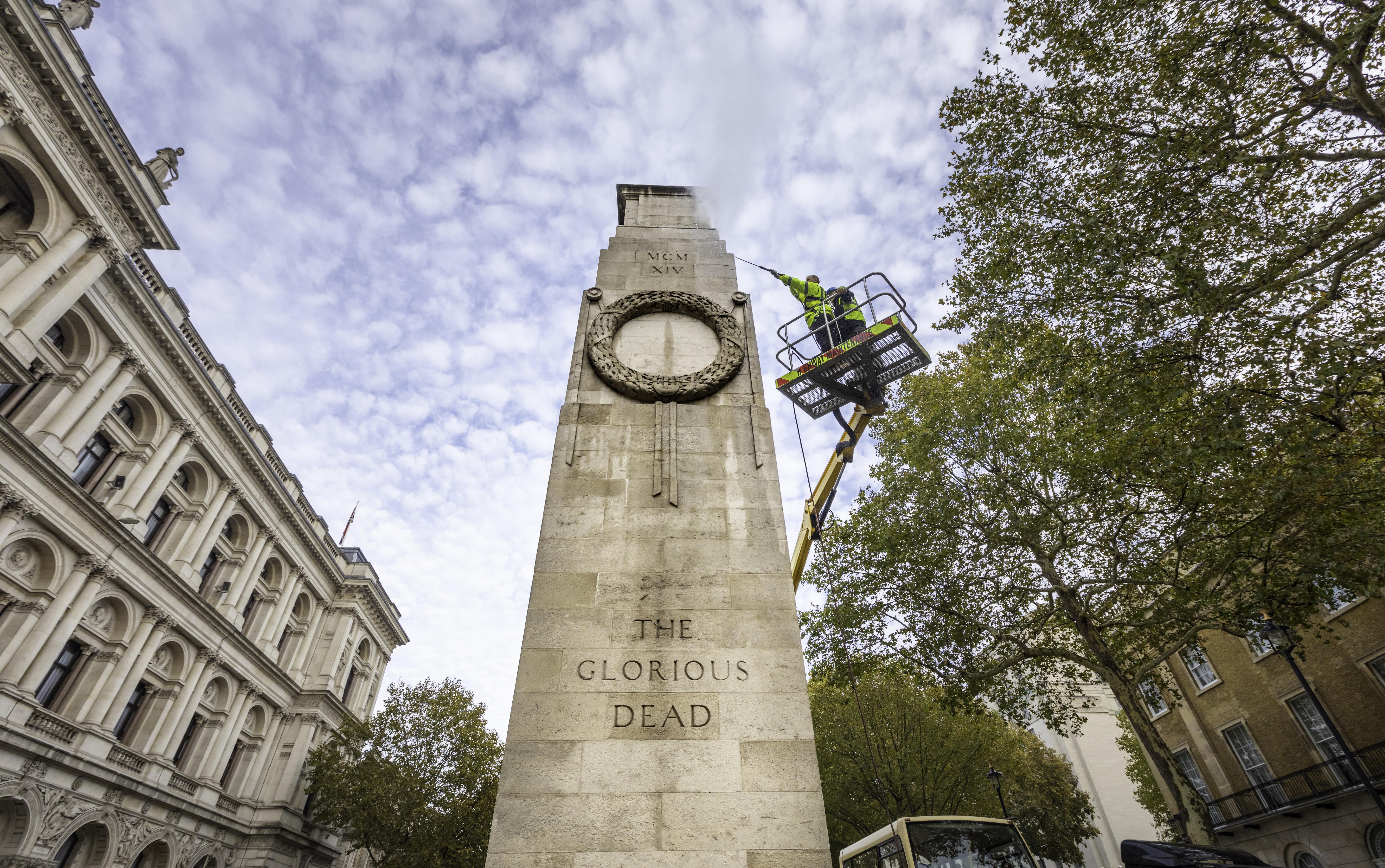 The National Service of Remembrance will be held at the Cenotaph on Whitehall, London on November 11.

The service will start at 11am and will commemorate the contribution of British and Commonwealth military and civilian servicemen and women involved in the two World Wars and later conflicts.

With Remembrance Sunday falling on the 100th anniversary of the end of the First World War this year, it's expected a greater number of people will want to view the ceremony.

Whitehall will open to the public at 8am and no tickets or passes are needed to watch the ceremony from the pavements along Whitehall and Parliament Street.

There will also be an additional event, the Nation’s Thank You procession taking place immediately after The Royal British Legion parade.

The Royal Choral Society and the London Philharmonic Orchestra mark the centenary of the Great War Armistice with a concert of music and poetry at London's Cadogan Hall that signifies ‘Remembrance’ at 6pm, November 11.

This concert will raise funds for Combat Stress.

A march is scheduled at 10.30am from Bank Court in Hemel Hempstead on the morning of Sunday 11 November to mark Remembrance Day.

The march is organised by The Royal British Legion, and supported by RAF Halton, The Royal Anglian Regiment, members of the scouting community and emergency services.

The march will go to the war memorial at St John’s Church in Boxmoor for a wreath-laying and The Last Post, followed by a service at the church at 11.15am.

Shrouds of the Somme at Queen Elizabeth Park in East London features 72,396 shrouded figures laid out in rows, shoulder to shoulder.

Each represents a British serviceman killed at the Somme who has no known grave.

The installation is free of charge to visit and is suitable for all ages.

Rosslyn Hill Chapel Choir will perform the Requiem by Gabriel Faure to mark the 100th Anniversary of the Armistice as part of an open-minded Unitarian service.

The event will also include poetry and readings on themes of thanksgiving, loss, remembrance and peace.

The RAF museum in Hendon is hosting a small service followed by a performance from the North London Military Wives Choir.

The service will take place in Hangar 2, in the First World War in the Air Galleries "surrounded by the stories of the men and women who sacrificed their lives to protect our freedom", the RAF said.

At the museum, there will also be the chance to make and dedicate your own poppy under the Sunderland Flying Boat.

There will also be a special talk about the fighter pilot Albert Ball.

A Remembrance Sunday Service will be held at St Nicholas Church in Tooting, starting at 10.45am.

The service will start outside the church before moving inside after the Act of Remembrance and playing of the Last Post.

A Voices of the Great War production will be broadcast from Hyde Park Chapel on November 11 at 7pm.

This special musical production dramatises the letters of love, hope, faith, courage and service sent home from the war.

"Though our kindred dead fell a century ago, their voices still teach us what it means to truly stand. Lest we forget," organisers said.

A Ceremony of Remembrance will take place at IWM London on November 11 in the Atrium.

This will commence with The Last Post, played at 11am, followed by a two minute silence.

A violin recital will then take place, played by Sinead Barton principal violinist of the Lambeth Youth Symphony Orchestra, on a violin made from sycamore and pine trees that grew in the former battlefields on the Western Front.

A Remembrance Sunday Service and wreath laying will take place on November 11 at 10am at the Cenotaph in Salford.

A life size wire and steel horse installation entitled "To the Wire", featuring 40 red poppies and barbed wire, by Paul Tavernor is set to go on display from November 11 at the Stockport War Memorial.

Standing over 7 feet high, the War Horse will be placed in the Hall of Memory and will feature 40 red poppies, each individual flower representing 200,000 horses and mules killed in WWI.

A poignant addition will be barbed wire wrapped around its head, mane and plinth.

Admission to the installation is free.

Visitors to the Imperial War Museum North can join a two minute silence at 11am on Sunday 11 November.

The silence will then be followed by a themed Big Picture Show film in the Main Exhibition Space.

A drop-in craft workshop will take place inspired by a special dress within the museum’s collection.

This dress was worn by Muriel Stella Williams as a child on 11 November 1918, Armistice Day.

Use this remarkable dress as an inspiration for your own “patchwork” petals and create a poppy to take away.

A service to commemorate the centenary of the ending of the First World War.

The service will begin at 10am at Balden Road near the St Faith & St Laurence Church.

After a brief Service of Holy Communion in St. Francis Church at 10:00 am there will be a formal Act of Remembrance centred on the War Memorial in Sycamore Road, Bournville.

The Commemoration will conclude with a carillon recital tribute accompanied from the tower by local Soprano.