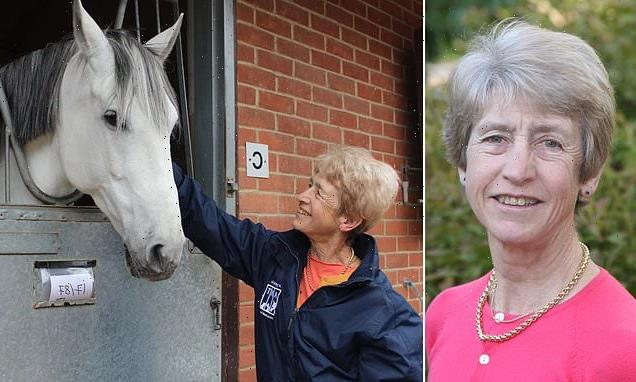 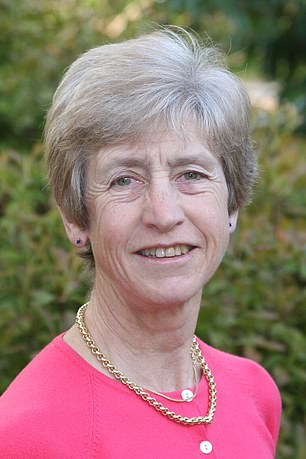 An internationally renowned vet has been struck off after she wrote a ‘bogus letter’ impersonating a fictitious Home Office inspector to get her research study published.

Dr Sue Dyson, a European specialist in veterinary sports medicine and rehabilitation, forged a document in an attempt to show her study into the impact of heavy riders on horses had been approved by the government.

She invented an esteemed veterinarian by the name of Dr JC Butler who appeared to endorse her research.

But when her fraud was uncovered she was reported for ‘disgraceful conduct’ and a disciplinary committee of the Royal College of Veterinary Surgeons has now struck her from the professional register.

Dr Dyson was Head of Clinical Orthopaedics at the Animal Health Trust’s Centre for Equine Studies in Newmarket, Suffolk, and had enjoyed a ‘distinguished international career and reputation’.

In May 2016, she submitted an application to the AHT’s Clinical Research Ethics Committee for authorisation to undertake clinical research and to secure ethical approval for a research project, with the title ‘Influence of rider: horse body weight ratios on equine welfare and performance – a pilot study.’

Some research projects involving animals are required to be licensed by the Home Office under the Animals Act 1986 to protect animals used for experimental or other scientific purposes.

Ethical approval was given but the project was not seen as including an experimental element so it was not referred to an inspector.

The project was then conducted over the following months and it took until Autumn 2018 to complete.

Prior to publication a paper must first be peer reviewed, so in October 2018 the relevant paper was sent to Karen Overall, the editor of the Journal of Veterinary Behaviour: Clinical Applications and Research. 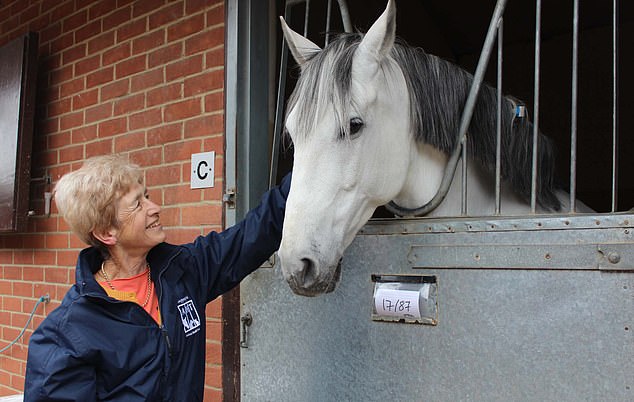 It was also sent to Dr Matthew Parker – a Senior Lecturer in Behavioural Pharmacology and Neuroscience at the University of Portsmouth.

Dr Parker raised concerns about the lack of a Home Office licence which he felt was necessary due to the taking of horses’ rectal temperatures in the study and refused to review it.

The disciplinary committee heard Dr Dyson emailed Ms Overall to say she had sought advice from a former Home Office inspector who sat on the AHY Ethics Committee. This was found to be a lie.

She added she had also sought ‘informal advice’ from a current inspector and ‘all were fully aware of the protocols to be employed and gave me assurance that in their opinion Home Office approval would not be required’. This was also found to be a lie.

When she was pressed to provide a letter from the Home Office, Dr Dyson told a co-author of the study she would forward a letter she had from a ‘friendly inspector’ to Ms Overall.

Dr Dyson then attached a letter from a Dr JC Butler to the study and re-sent it to Ms Overall in December 2018.

The letter read: ‘I am writing to confirm that my advice was sought, in my position as a Home Office Inspector… It was my opinion that a Home Office Licence was not required, based on detailed assessment of the protocols.’

The letter had a private home address at the top, was dated and had a signature in a cursive font. Printed below the signature was: Dr JC Butler, DVSc, PhD, MRCVS.

Ms Overall forwarded this to Dr Parker but he did not review the paper.

Instead he made inquiries as to the identity of Dr Butler and was told: ‘The Home Office has no record of employing Dr JC Butler as an inspector.’

Upon being informed of this revelation, Dr Dyson emailed the Home Office in which she said: ‘I do not know what drove me to send Dr JC Butler’s letter. It is a decision that I will eternally regret.

‘I am an inherently honest person and I have questioned this every day. I was under a huge amount of pressure.’

She offered a variety of excuses for her actions, including that one of her dogs had to be ‘humanely destroyed’, that ‘work pressure was enormous’ and that one of her colleagues was due to go on maternity leave while another had just left for a new job.

She added: ‘I can only claim temporary insanity, based on mitigating circumstances, because that is how it seemed.

‘I am fully aware that I acted completely inappropriately. My normal logical, careful, rational, self who works strictly by the rule book, taking no risks, seemed to have temporarily disappeared.

‘I realise that what I did could bring the Animal Health Trust and the members of our team into disrepute. The extra pressure that I have felt as a consequence is overwhelming. I humbly ask that this act of madness could be overlooked.’

At the disciplinary committee, Dr Dyson claimed she could not even recall the moment at which she wrote the fraudulent letter.

She added: ‘I have always accepted… that the letter was ‘dishonest’, indeed I do not see how it could be called anything else. It says things that are not true and appears to be written by someone who in fact does not exist.’

The disciplinary committee said: ‘Whilst undoubtedly highly qualified and highly respected, the Committee nevertheless considered her evidence lacked credibility and was not reliable.

‘Dr Dyson embarked on a course of dishonest conduct which started with a lie to the editor of the Journal… and culminated in the sending of an entirely bogus letter to the Journal, in which she impersonated a Home Office Inspector.

‘The Committee was satisfied that this fell far below the standard expected of a veterinary surgeon, would be considered deplorable by other members of the profession and the public and clearly amounted to disgraceful conduct.’

The committee decided to remove Dr Dyson’s name from the register.