‘I will not be pursuing the incident further’: Former reporter who Justin Trudeau ‘groped’ at a music festival 18 years ago breaks her silence and insists she is telling the truth 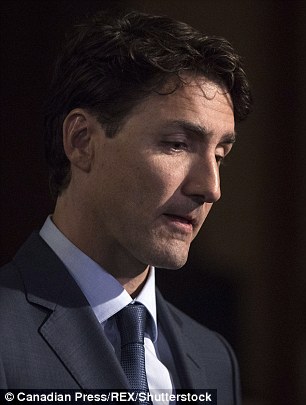 Justin Trudeau told reporters in Toronto on Thursday (pictured) that he had apologized to a woman who had accused him of groping when the alleged incident took place. Previously he said he ‘didn’t remember’ the encounter

The ex-reporter who accused Canadian Prime Minister Justin Trudeau of groping her at a music festival 18 years ago has broken her silence.

Rose Knight released at statement Friday saying the alleged groping incident occurred as she first outlined in the article but added: ‘I did not pursue the incident at the time and will not be pursuing the incident further.

‘I have had no subsequent contact with Mr. Trudeau, before or after he became Prime Minister.

‘I enjoyed my career as a reporter, but it ended a long time ago.

‘I avoided issuing a statement earlier out of concern for my and my family’s privacy. Beyond this statement I will not be providing any further details or information. The debate, if it continues, will continue without my involvement.’

In the original article that she wrote anonymously while covering the Creston Music Festival for local newspaper Creston Valley Advance, she wrote that Trudeau had apologized for ‘handling’ her inappropriately the next day. 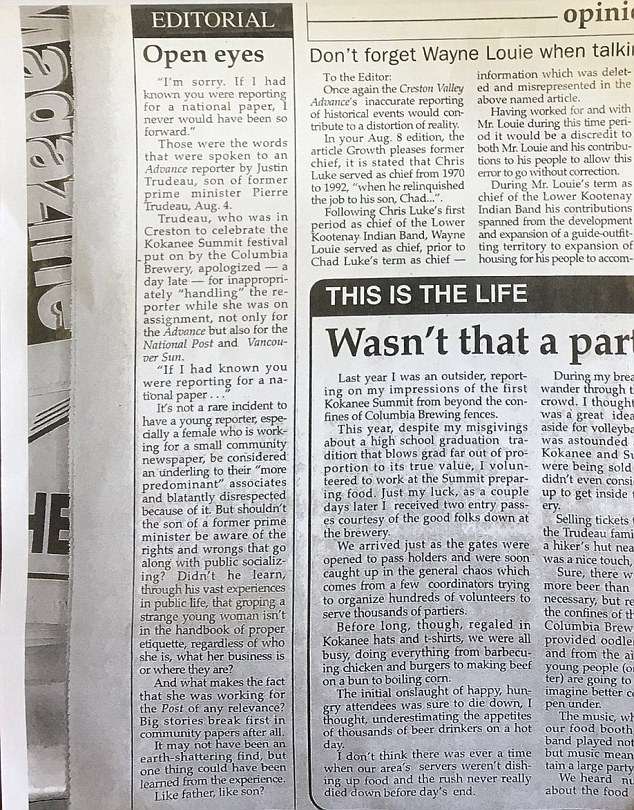 The allegations, which were published in a newspaper editorial in 2000, resurfaced last month when a blogger posted a snippet of the editorial on Twitter 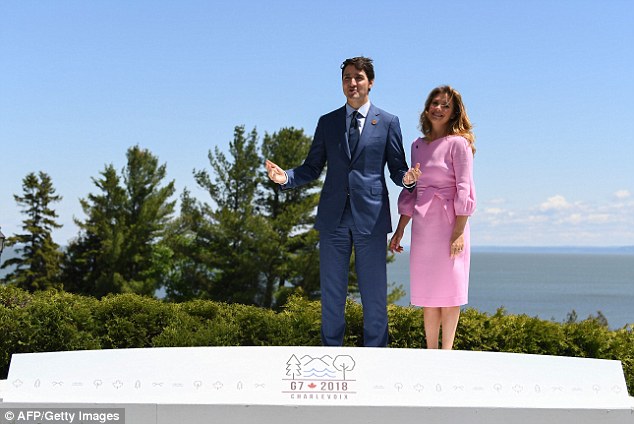 Prime Minister of Canada Justin Trudeau and his wife Sophie Gregoire Trudeau pose for a photo in La Malbaie, Quebec, Canada on June 8

Trudeau on Thursday revealed for the first time that he had apologized but insisted he did nothing wrong.

The Canadian Prime Minister has faced media scrutiny in recent weeks about what happened at the charity fundraiser in British Columbia in 2000 after Canadian political commentator and author Warren Kinsella shared the editorial on his blog on June 7 and used the Twitter #MeToo hashtag.

Many women in the United States and other countries have publicly accused men in business, government and entertainment of sexual harassment and abuse, giving rising to the #MeToo social media movement. 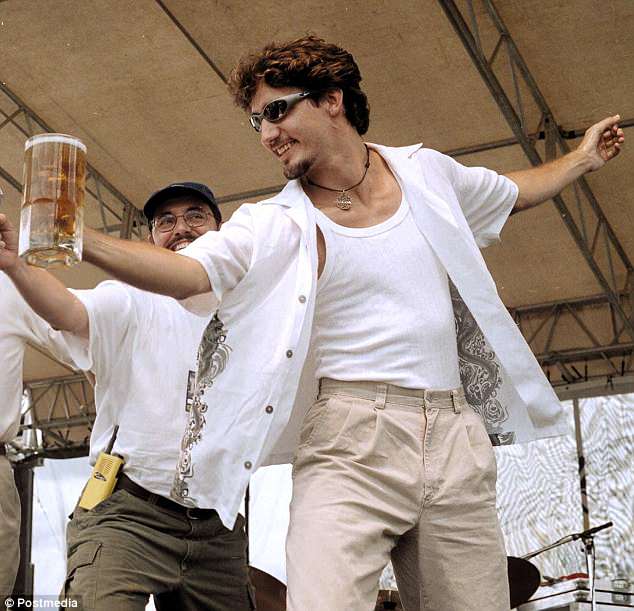 The alleged incident in which Trudeau was accused of groping a local newspaper reporter took place in 2000 at a music festival in Creston, B.C. Trudeau is pictured above at the event in a photo published in the Toronto Sun

In his first direct comments on the incident on Canada Day last Sunday, the prime minister said he ‘didn’t remember any negative interactions that day at all’, but on Thursday he said ‘I apologized in the moment’ without giving details.

Trudeau is a prominent advocate for women’s rights whose government is working on new legislation against workplace harassment.

‘I’ve been reflecting very carefully on what I remember from that incident almost 20 years ago and, again, I feel, I am confident, I did not act inappropriately,’ Trudeau, 46, told reporters in Toronto in televised remarks on Thursday.

Trudeau, citing the increasingly open discussion in society about sexual assault, conceded the woman in question could have come away from the encounter in August 2000 with a very different interpretation of what had happened.

‘I do not feel that I acted inappropriately in any way but I respect the fact that someone else might have experienced that differently,’ he said.

‘If I apologized later then it would be because I sensed that she was not entirely comfortable with the interaction we had.’

Trudeau said no one on his team had reached out to the women because they did not feel it was appropriate.

At the time of the original complaint Trudeau had not yet become involved in politics but was widely known to Canadians as the son of former Prime Minister Pierre Trudeau.

He attended the fundraiser in Creston to support avalanche safety. His brother, Michel Trudeau, was killed in an avalanche in 1998.