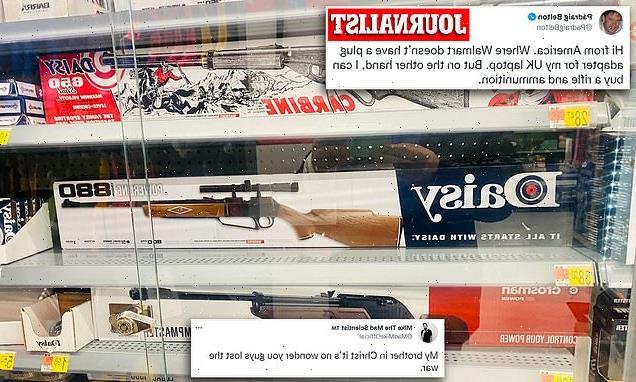 ‘It’s no wonder you guys lost the war’: BBC reporter is roasted by Americans for mistaking a BB gun for a real shotgun in Walmart and tweeting his disgust

A BBC journalist on a work trip to the U.S. was mocked for sharing a shot of a BB gun for sale in Walmart after apparently mistaking it for a real firearm.

The journalist, Padraig Belton, whose work has appeared on the BBC and in The Guardian, sent out the unfortunate tweet on April 26.

According to Belton’s Twitter feed, he arrived in the United States on April 25. Upon arrival, Belton realized that he didn’t have a plug adaptor for this laptop.

Belton wrote in the message, ‘Hi from America. Where Walmart doesn’t have a plug adapter for my UK laptop. But on the other hand, I can buy a rifle and ammunition.’ 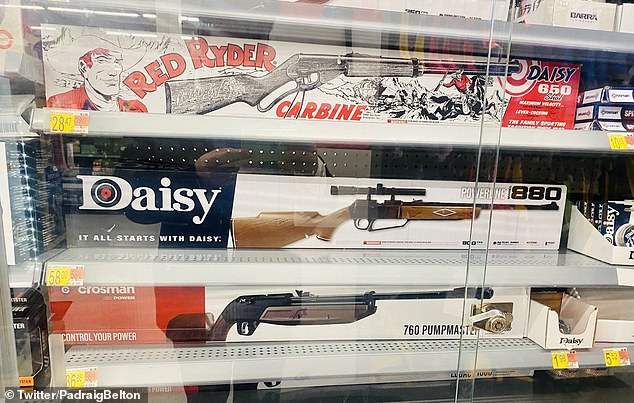 The photo that started the storm. Belton tweeted this photo and wrote: ‘Hi from America. Where Walmart doesn’t have a plug adapter for my UK laptop. But on the other hand, I can buy a rifle and ammunition’

It’s unclear if Belton was serious in his tweet, as he has covered numerous war zones in his journalistic career.

From there, the journalist went to a Walmart in Hallandale Beach, Florida, to seek out an adaptor. While in the store, he posted a photo of three different BB gun rifles.

The BB guns pictured by Belton were Daisy’s Red Ryder Carbine and Powerline Model 880 as well as a Crosman 760 Pumpmaster. None are real firearms.

That tweet set off a Twitter storm as users roundly mocked Belton’s error. One user, Mike the Mad Scientist, tweeted, ‘My brother in Christ it’s no wonder you guys lost the war.’ 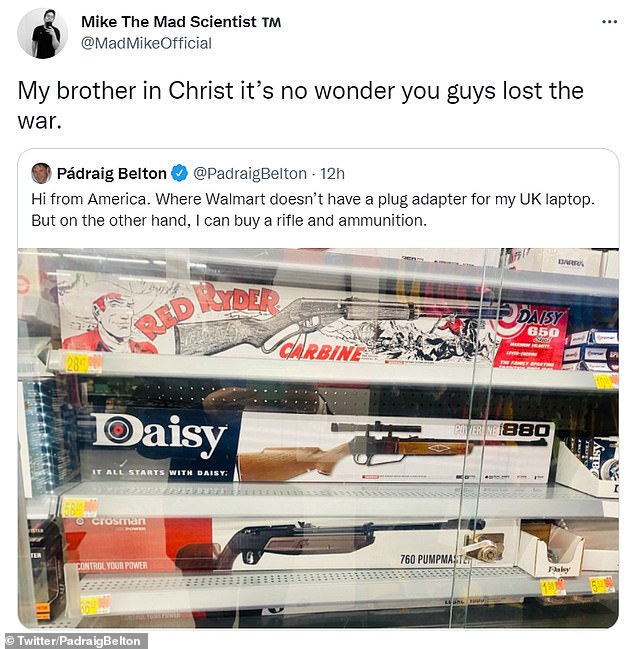 Conservative activist Benny Johnson was among those who joined in the mocking of Belton.

Johnson said, ‘The last time British snobs marched into America and tried to control our economy we grabbed real rifles and ammunition and kicked their asses.

‘American boys that grew up shooting these bb guns went on to save the UK in two world wars. Remember your adapter next time, Red Coat.’

The founder of The Federalist Sean Davis tweeted at Belton, ‘Did you actually think you could buy a real gun for $28?’

Many responders pointed out that the Red Ryder toy is featured in the classic movie A Christmas Story. Some quoted the famous warning about BB guns from the movie, ‘You’ll shoot your eye out kid.’ 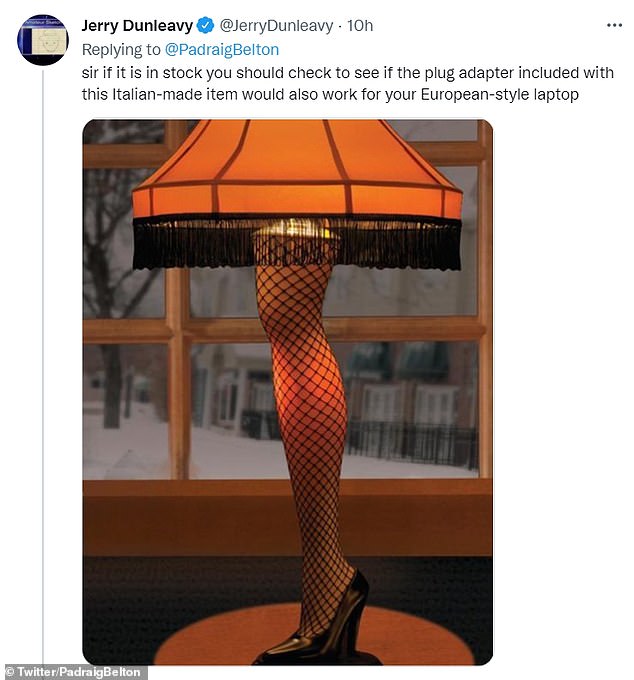 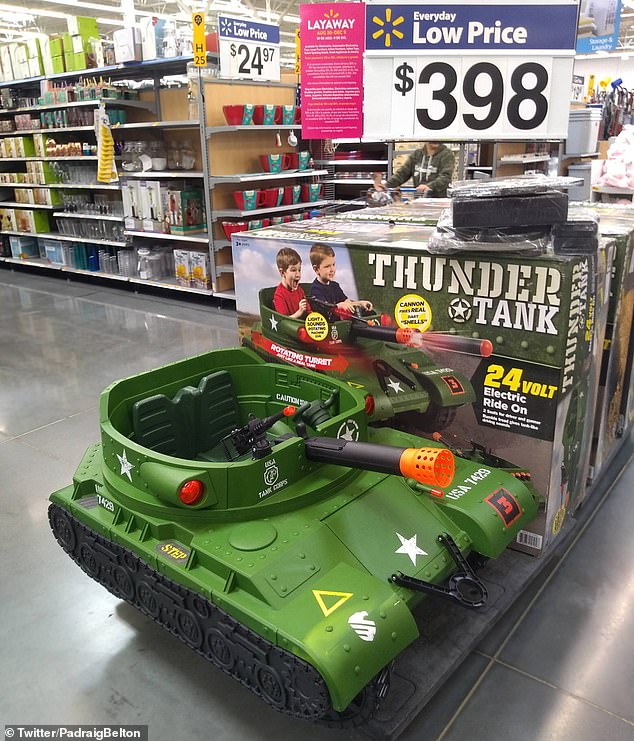 Walmart sells real firearms at around halve of their stores, usually in areas where hunting is popular

The only response that Belton made to the Twitter mob was a message to the Daily Wire’s Ian Haworth. Haworth posted a link saying that Walmart did sell plug adaptors.

Belton told Haworth that Walmart only sell the adaptors online but that an employee directed him to a nearby Apple Store.

Haworth earlier told Belton, ‘These are air rifles, which are legal in the United Kingdom.’

Walmart sells guns and ammo at around half of the company’s 4,700 stores. They are most common in areas where hunting is popular.

Belton told On London in a 2020 interview that he became a volunteer paramedic during the Covid-19 pandemic.

In that piece, Belton said he was in the process of joining the Army reserves when the pandemic began. Belton added, ‘The virus halted my training.’