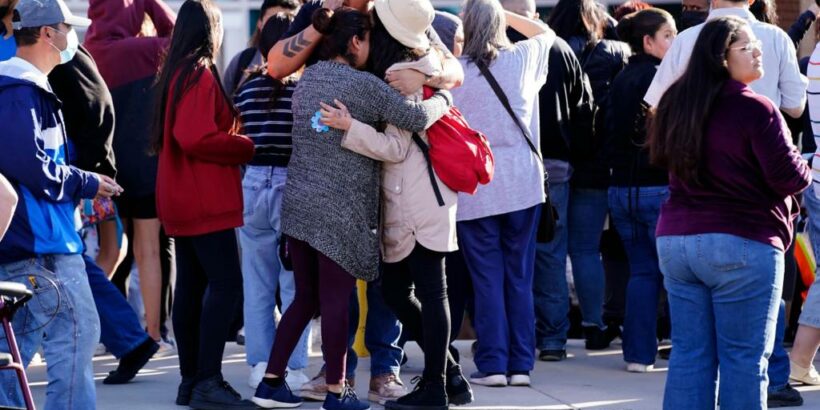 Colorado Republicans have had a rough decade in the Centennial State. Voters have completely removed the GOP from power at the state level — governor, treasurer, attorney general and secretary of state.

Colorado Republicans know they need a different strategy for 2022, so they’re dusting off an old idea: literally scare people into voting for them.

A newly-rebranded conservative cutout organization in Greenwood Village called the Common Sense Institute is doing the heavy lifting thus far. The institute issued a report in early December that was designed to make readers think that all of Colorado, but particularly the capital city of Denver, is one big smoldering crater of crime populated with cheering crowds of socialist Gen-Z gender studies majors lighting joints with the Constitution.

The board of directors for this organization is a who’s-who of Republican politicians, bankers, lobbyists, trade association presidents, heiresses, fossil fuel CEOs, financiers, and other right-wing retreads. In fact, current GOP gubernatorial candidate Heidi Ganahl served on the board of its predecessor organization, the “Common Sense Policy Roundtable.” Naturally, she’s waving this bias-confirming report around like stone tablets from high atop the mount, almost as if she wrote it herself.

The staff of the institute’s “think tank” are mostly current or former Republican consultants and campaign staff. When legitimate media outlets report on CSI and don’t use words like “conservative,” or even “right-leaning,” and instead repeat the obvious canard that they are “nonpartisan,” they are doing their audience an enormous disservice. The folks at CSI have a worldview that conveniently aligns with the message of one political party, and it is in their interest to bend the facts to fit the narrative that they believe will lead them out of the political dark ages to which they have been deservedly relegated.

So what about “The Colorado Crime Wave,” as they are trying to brand it ahead of the 2022 elections?  Is there really an exceptional increase in crime unique to Colorado? And importantly, are changes in crime due to the policies of progressive leaders who have been elected and re-elected in Colorado? That’s clearly what the authors would like you to think, but it’s impossible to separate their conclusions from their obvious biases and clear political agendas. These are some of the same people who insisted that racial justice demonstrators were out for blood in 2020 (they weren’t). To that end, the CSI report focuses on Denver, conveniently ignoring that two of the three largest cities in the state, Aurora and Colorado Springs, have also seen the same modest increases in crime … despite being run by Republicans.

To be clear, data shows that some crimes have increased in Colorado, while others have decreased. The CSI report even shows that property crimes per 100,000 people are lower than the last time the GOP was in charge here (2004). According to the same database cited by CSI’s report, burglaries are down 10%, robberies are down 4%, and fraud is up 23% since 2020.  Hate crimes have also more than doubled in Colorado since 2016, but the report’s authors conveniently ignore that figure as it doesn’t fit their prefabricated narrative (and doesn’t say anything good about the current leader of their party, one Donald Trump).

The report’s authors set up a false choice between increasing public safety and reforming our racist, broken, expensive, and ineffective criminal legal system. They’re not worried about good policy; they just want you to believe that you’ll get murdered if you don’t vote for Republicans.

One worldview suggests that there are very bad, evil people out there, and we need to catch them and lock them up and throw away the key. If we do that enough times, we’ll have rid society of all of the bad apples and voila, no more crime. Another worldview, that I generally refer to as reality, says that crime is largely a symptom of society’s choices, and a lagging indicator of the consequences of a longtime lack of investment in health care, education, and economic opportunity for those without privilege.

Deborah Richardson, executive director of the ACLU of Colorado, issued a very insightful statement in response to this report. She says, in part, “Rather than genuinely examining the root causes of crime and the best solutions, [the report] strains to reach a foregone conclusion long-held by defenders of the ‘tough-on-crime’ status quo driven by a clear political agenda.”

It isn’t a new or creative idea to base an entire election-year narrative on scaring people about violent crime, Lee Atwater made a lucrative career out of it before he regretted it all on his deathbed. Longtime Colorado residents will remember the hysteria about the 1995 “summer of violence” in the Denver area that, upon reflection, turned out to be less about facts and more about selling newspapers. In lieu of actual ideas, Republicans in 2022 are turning back to basic fear-mongering to try and claw back power from the voters who have rejected them.

Ian Silverii is the founder of The Bighorn Company, a dad, a husband, and the former director of ProgressNow Colorado. Follow him on Twitter @iansilverii.

To send a letter to the editor about this article, submit online or check out our guidelines for how to submit by email or mail.