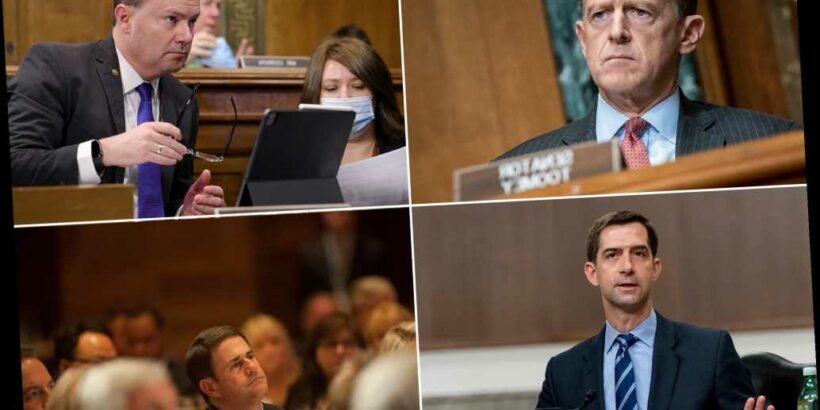 New York City’s in trouble and other commentary

Prominent Republicans are slamming President Biden’s executive actions on gun control — after the president said Thursday that “no amendment to the Constitution is absolute” — with the party appearing united in its vow to fight the efforts on the federal and state levels.

The GOP governor went on to warn that the Lone Star State would not “allow this” before calling on state representatives to pass legislation turning Texas into a sanctuary state for gun rights.

In the Senate, GOP lawmakers are expressing their frustration at Biden’s executive actions and his choice to run the Bureau of Alcohol, Tobacco, Firearms and Explosives: David Chipman.

“He doesn’t believe it’s actually in the Constitution, he clearly does not believe in the right to keep and bear arms,” Hawley told the network.

On Thursday, he turned his attention on Chipman’s nomination, writing, “David Chipman is a gun grabber who believes in wild conspiracies. He should not be confirmed to run the ATF.”

“I would direct [Biden] to a Supreme Court decision called Heller v. District of Columbia. What the Supreme Court said in that case, on its face is arguably consistent with what President Biden said, the Second Amendment does protect an individual right and extends to what people who are law abiding would commonly utilize and own for lawful purposes.”

The court, he said, “acknowledged that it’s not absolute. I have a feeling though he doesn’t necessarily have the same thing in mind as the Supreme Court said.”

“The fact that an amendment is not absolute,” he continued, “doesn’t get him to where he wants to go here.”

Sen. Pat Toomey (R-Pa.), a retiring moderate who supports some reforms, said Thursday in a statement through his office that he and his staff were “reviewing the executive actions.”

“Lasting progress though is made through the legislative process,” his statement continued, “If done in a manner that respects the rights of law-abiding citizens, I believe there is an opportunity to strengthen our background check system so that we are better able to keep guns away from those who have no legal right to them.”

“Senator Tester is a proud gun owner and a longtime defender of Montanans’ Second Amendment rights,” his office said in a statement, “He believes we can take steps to keep our communities safe, like ensuring that criminals, terrorists, and folks found by a court to be a danger to themselves or others don’t have access to firearms, while also defending the rights of law-abiding gun owners. “

“Senator Tester continues to believe that the best path forward is for Congress to address these issues, and he will keep pushing his colleagues on both sides of the aisle to bring their proposals up for a debate and vote on the Senate floor.”