THUMANE/DURRES, Albania (Reuters) – Emergency crews found five more bodies on Wednesday as they used drones, dogs and heavy machinery to search through the wreckage after Albania’s worst earthquake in decades, bringing the death toll to at least 26.

In the town of Thumane, close to the center of Tuesday’s quake, a woman stood in front of a collapsed building calling out for rescuers to find her niece.

Soon after crews brought out two bodies. Police said they had found another victim earlier, before dawn. Another two were recovered hours later.

In one of the busiest streets in the resort of Durres, two people were feared trapped in the rubble of a collapsed hotel.

“We don’t know whether they are alive or not,” Mert Eryuksel, a rescue worker from Turkey said.

Countrywide, the Defence Ministry said around 650 had been injured, with another 20 reported missing.

If the death toll continues to rise, the earthquake could be more deadly than one in 1979 in which 40 were killed.

The 6.4 magnitude quake, centered 30 km (19 miles) west of Tirana, was felt across the Balkans and in the southern Italian region of Puglia, across the Adriatic Sea from Albania. 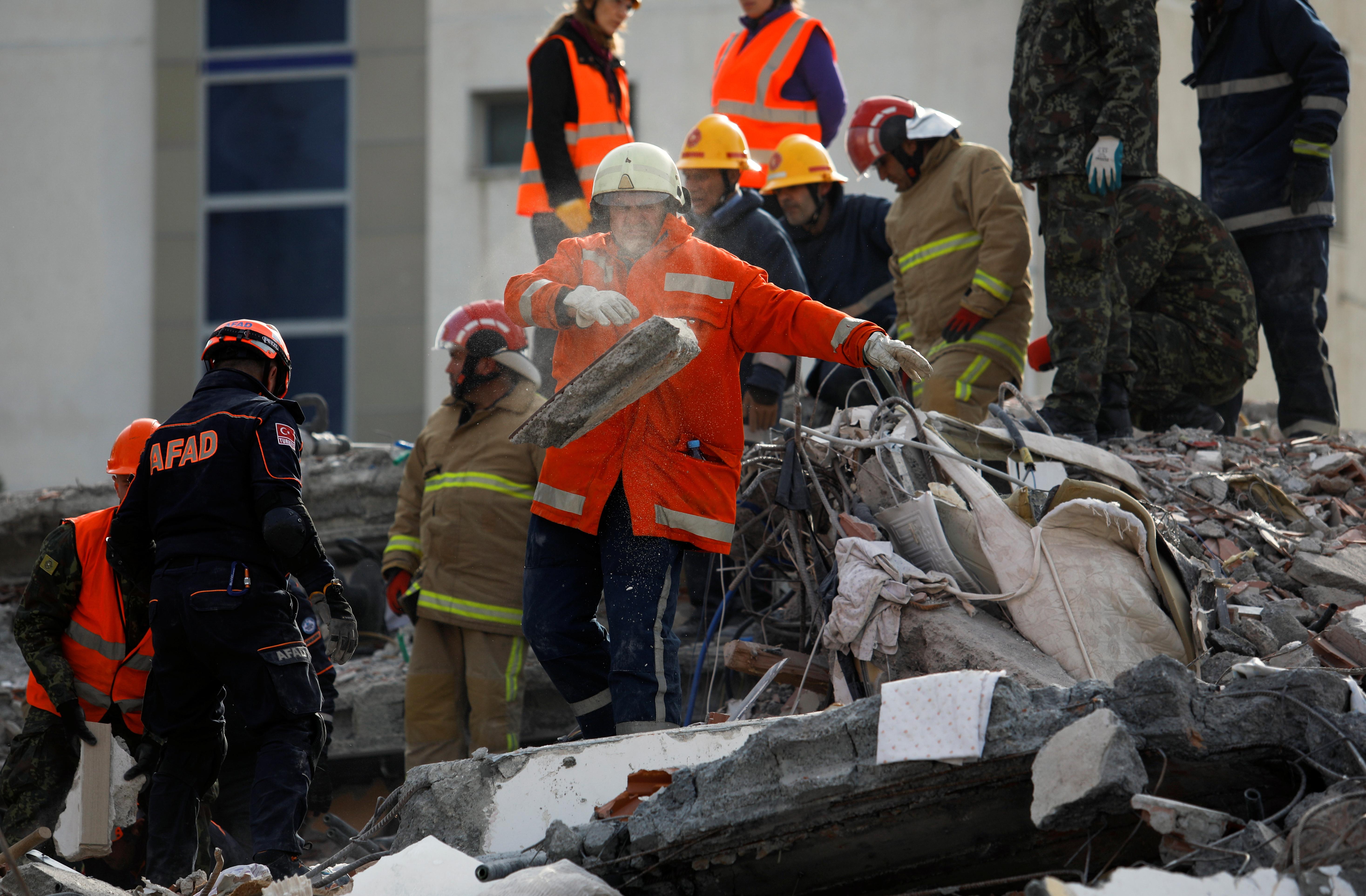 At least 250 aftershocks – two of them magnitude 5 – then shook the Balkan country, continuing into Wednesday. Hundreds of people spent the night sleeping in tents pitched by the emergency services.

Adrian Muci said six of his relatives had died in two separate buildings, and his own house was on the point of collapse.

“I have other cousins and relatives but I don’t know where they are and if they are dead or not,” he told Reuters. “I will never be able to live in my house any more.”

The government proclaimed Wednesday a day of mourning and Prime Minister Edi Rama said the authorities would rehome people who had lost their houses in hotels during the winter.

“I believe we shall put them in new houses within 2020, in better housing that they had,” Rama said in a televised comment.

He said a donor conference with Turkey and regional countries would be organized and he would discuss potential help with NATO allies during next week’s summit in London.

Albania is the poorest country in Europe, with per capita income a quarter of the European Union average, according to the International Monetary 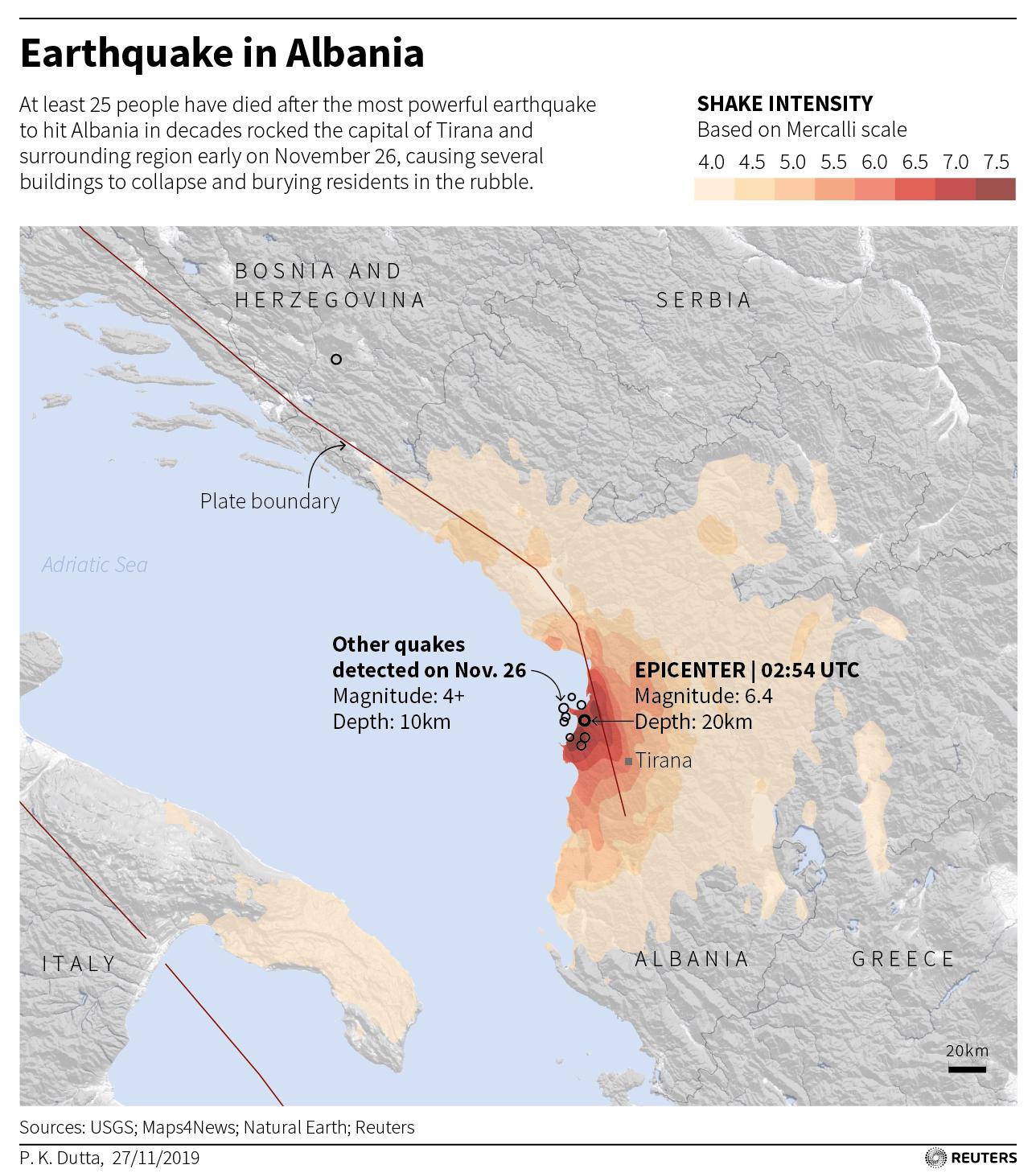 For a graphic on the location and intensity of the quakes, click – here