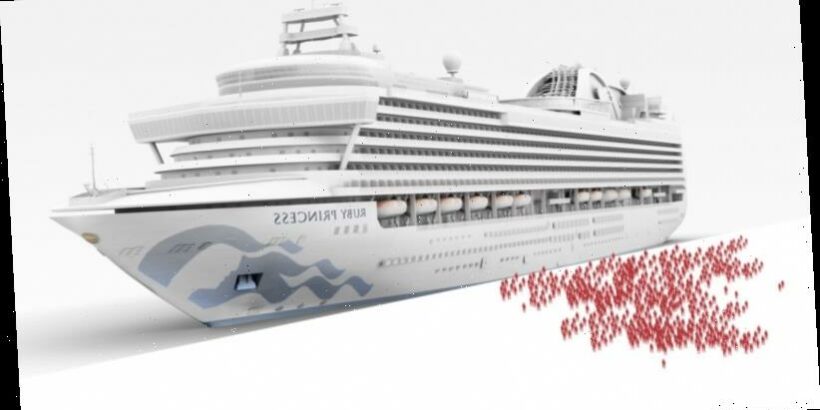 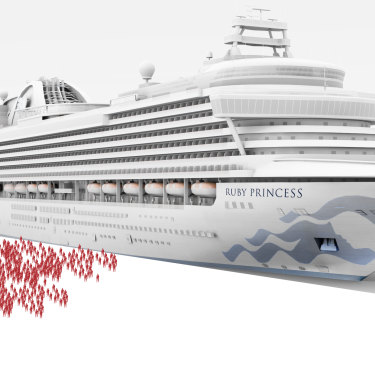 It was a strange job. Shuttle driver Julie Lamrock was booked to pick up a passenger from Campbelltown and drive her to Circular Quay to join the Ruby Princess on March 8, but there was delay after delay, and she could tell her client was getting the wobbles. "The health department’s down there and they're not allowing anyone on the ship until it gets clear," Ms Lamrock's passenger said. "Should I go?"

Of course she should, Ms Lamrock replied. "The government wouldn't let you on the ship unless it was fine."

Ms Lamrock is pained now to recall her reassurances. It is notorious that the Ruby Princess would spawn Australia's biggest coronavirus cluster — a record that it held until July when it was eclipsed by Melbourne's hotel quarantine debacle. On March 20, NSW Health Minister Brad Hazzard revealed that 24 hours after the ship's 2647 passengers were allowed to disembark and travel home, three COVID-19 tests performed on board had returned positive. Potentially thousands of cases had been allowed to scatter like marbles to all corners of the country and around the world.

Recriminations swung between state and federal agencies. The issue dominated the news cycle for weeks. It seemed the seminal event that would saturate Australia with coronavirus and which epidemiologists had been half-expecting had arrived. The country held its breath. 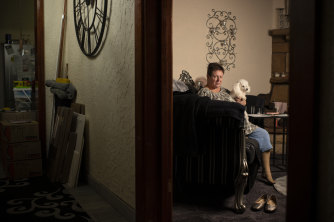 It never eventuated. In the weeks that followed, 712 passengers and 202 crew tested positive and 22 people died. But only 19 people in NSW and 15 people interstate were infected by those passengers. And aside from Tasmania, where a hospital cluster swelled to 114 people for separate reasons, only three people caught it from secondary patients. (The international figures are unknown.) Within two months, the outbreak was contained.

An inquiry due to report on Friday spent 21 days examining how the cruise ship was allowed to disgorge its passengers when there were suspect cases on board, before the results of COVID-19 swabs were known. But the vast majority of people who can blame the Ruby Princess for their troubles would have contracted coronavirus anyway.

Commissioner Bret Walker, SC, pondered on this with the senior counsel assisting, Richard Beasley, SC, on the penultimate day of the inquiry. "One thing I want to be able to address finally is, does any of this matter?" the commissioner said.

Commissioner: "Does any of this matter in the sense that everyone was going to home isolation, with or without testing … no harm done, no community spread? It is a very interesting point. It might only be a footnote, ultimately, because you don't test, I think, the narrative of public health precautions by whether or not you dodged a bullet."

Commissioner: "In any event, we didn't dodge a bullet."

Back on March 8, Ms Lamrock's passenger was not the only one feeling nervous about the cruise going ahead. The Ruby Princess's previous voyage to New Zealand had been classified "medium risk" of carrying coronavirus patients when it returned to Sydney, under a new set of protocols that were developed in response to the pandemic. This meant it required NSW Health staff to inspect the ship before passengers were allowed to disembark.

Senior epidemiologist Kelly-Anne Ressler chatted to the ship's doctor Ilse von Watzdorf about the inherent risk of cruising during a pandemic. "They just have to stop all cruise ships," Dr von Watzdorf said.

Almost immediately after the Ruby Princess set sail that evening, people started presenting with respiratory symptoms. The first passenger to later test positive for COVID-19 went to the ship's hospital the day after it left Sydney. When the ship reached Fiordland, its first destination in New Zealand, on March 11, six people had visited the ship's doctor. Five people were swabbed for coronavirus in Wellington on March 14, but all returned negative results.

When it docked at Napier on March 15, 34 people were on the illness log. Dr von Watzdorf emailed Ms Ressler. "We seem to be in the early phases of an influenza A outbreak on board," she said.

Mosman resident Fred Jackson, 79, had decided not to actively socialise with other passengers, but said it was almost impossible to physically distance. The tender that brought passengers to shore was packed with 100 people "breathing all over each other", he said.

The driver of the wine tour bus in Napier would not allow passengers in the front row due to COVID-19 concerns. "But there was nothing for the rest of us, we were all packed in," said Mr Jackson, who would spend nearly a month in hospital on his return to Sydney after contracting the disease.

"Now I look back on it, our waiter was coughing quite a bit over where the food was. He had the type of cough we developed when we got back. It was a dry cough." 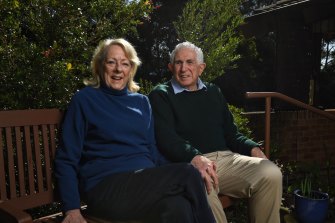 Fred Jackson and Julia Annette were both hospitalised after contracting COVID-19 on the Ruby Princess.Credit:Nick Moir

Although passengers who presented with respiratory symptoms were supposed to be swabbed for COVID-19 under the guidelines, a global shortage meant there were only 25 swabs on board. The company had ordered more swabs and the ship planned to collect them in Auckland, but that same day Prime Minister Scott Morrison announced a ban on cruise ships and the Ruby Princess cut short its voyage by two days, skipping Auckland. Just 13 patients were swabbed during the voyage.

By March 17, 50 passengers had reported respiratory symptoms and a message went out over the PA system encouraging people to see the ship's doctor, resulting in a deluge of people to the sick bay. A carnival manager emailed his colleague: "Also ruby numbers gone Beserk [sic] in last 48 hours. I took my eyes off the game yesterday."

As the ship powered back to Sydney, the coronavirus protocols developed in February swung into force. In pre-COVID times, NSW Health leaned on information provided by the Department of Agriculture to waive through passengers. But the new procedure required its own staff to make an assessment of coronavirus risk based on the number of respiratory patients on board and which countries those passengers had visited prior to boarding.

A ship could be classified as "low risk" if fewer than 1 per cent of passengers had respiratory symptoms. Low-risk ships did not require NSW Health teams to board the ship and make an assessment on whether passengers should be stopped from disembarking.

This was partly a matter of resourcing. During the development of the protocols, Professor Mark Ferson, the director of the public health unit responsible for the cruise ship program, argued against requiring his staff to meet every ship. He emailed in response to one draft version: "The down side of having a team meet each boat (apart from the cost and wear on staff) is that if a passenger is diagnosed incidentally after disembarking, we will be asked why we missed a case and it will look worse for everyone."

As he was to later explain, the burden on his team was in fact the bigger concern, as it would have increased their workload "multifold" at a time when they were already working long hours. It played into his thinking both in terms of how risk should be assessed and in whether teams should meet the boats. "I would have to say that … the need to find resources was an important consideration in how we would manage the ships in terms of risk rating," he told the inquiry. 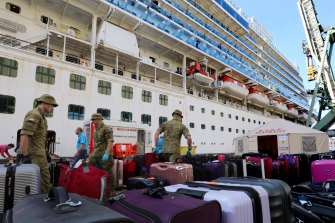