SAN JOAQUIN, Venezuela (Reuters) – When Juan Meza could no longer bear to hear his daughter crying from hunger, the Adventist pastor sold his family’s few belongings, gifted his prized fantasy novels and history books to a neighbor and left Venezuela in 2017 for a job at a shoe factory in Colombia. 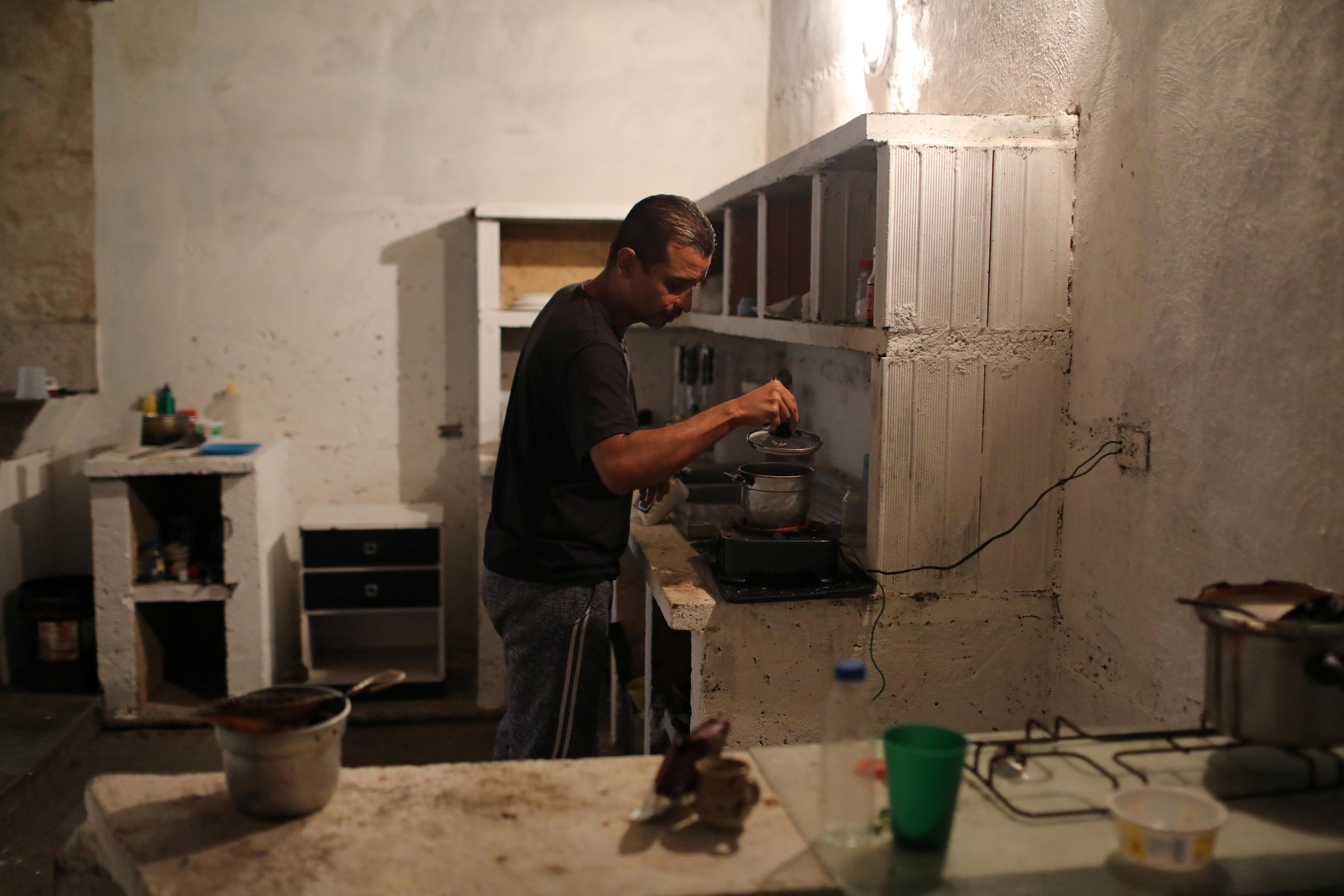 For years, Meza felt relief that he could afford to feed his daughters and send them to school, until the coronavirus pandemic erupted and he was dismissed.

Back in Venezuela, instead of teaching theology as he used to do, the 42-year-old wanders the streets of the small town of San Joaquin in northwest Venezuela looking to sell chicken to people willing to pay in dollars or barter for flour and rice.

Like 100,000 other emigres who have returned home amid the pandemic, Meza has been pushed back into the hand-to-mouth existence he fled to escape the hyperinflation, shortages and unemployment created by President Nicolas Maduro’s government.

At 3:45 a.m. on a recent morning, Meza was outside his tin-and-concrete home trying to get cell signal on a 2010-era flip phone to find his chicken supplier. The day’s profit goal was $5 but if he could not pick up the chickens, he would get nothing.

“This is apocalyptic but it is just to get us through until we can leave for Brazil,” said Meza, standing on his pitch-black, pock-marked street in a threadbare blue soccer jersey. As on most days, the power was out.

While the harsh conditions for returning migrants in military-run quarantine centers have drawn criticism, their experience after leaving them is equally difficult: a daily struggle to obtain food to the backdrop of blackouts, water shortages and constant risk of exposure to coronavirus.

At the start of the pandemic, Maduro said returning Venezuelans would be welcomed “with love and open arms.” He railed against the xenophobia many endured abroad.

But as the virus threatened to overwhelm Venezuela’s crumbling health system, Maduro began blaming those returning for a case count the government says has reached almost 42,000.

Such suspicion greeted Alejandra, a nurse in the city of Barquisimeto, when she returned from Colombia in March before Maduro’s government closed the border.

When she got home, her neighbors said she was “infected,” and called the police. Though authorities only told her to stay at home for two weeks, she felt treated like a criminal.

Alejandra, who asked not to use her real name, could not find work for four months and, with her savings spent, began feeding her son and aging mother rice and beans once a day.

Now she worries she could catch the disease at her new job in a deteriorating hospital poorly-equipped to handle coronavirus.

“We don’t have enough masks, protective equipment, nothing,” she said. “But it’s what I have to do until we leave again.”

Colombia, which estimates around 1.8 million Venezuelans live there, expects a renewed wave of migration once the border reopens and the economy re-starts.

Venezuela’s information ministry did not respond to a request for comment.

Meza, his wife Norelis and their two teenage daughters spent seven days camped out on a bridge on the Colombian border in June waiting to get across.

They slept on the street, bathed in the river and watched as people ahead sold spots in line. They even sold their daughter’s hair for cash to be able to eat.

“My mother told me Maduro had said on state TV they would take care of us,” said Norelis, 45, her lips parting into a sarcastic gap-toothed smile. “That’s not what happened.”

Upon arrival, the local community council told the family they did not qualify for that month’s government-subsidized food box, which provides goods such as rice, flour and spaghetti.

“I don’t want to rely on them for food,” said Norelis, a seamstress who was preparing to set up a small shop when she decided to emigrate. “I’m angry and tired of having to reinvent myself to survive.”

Meza sold bananas on the street or traded them for bags of rice, but the fruit got too expensive due to gasoline shortages caused by years of government mismanagement, exacerbated by U.S. sanctions. 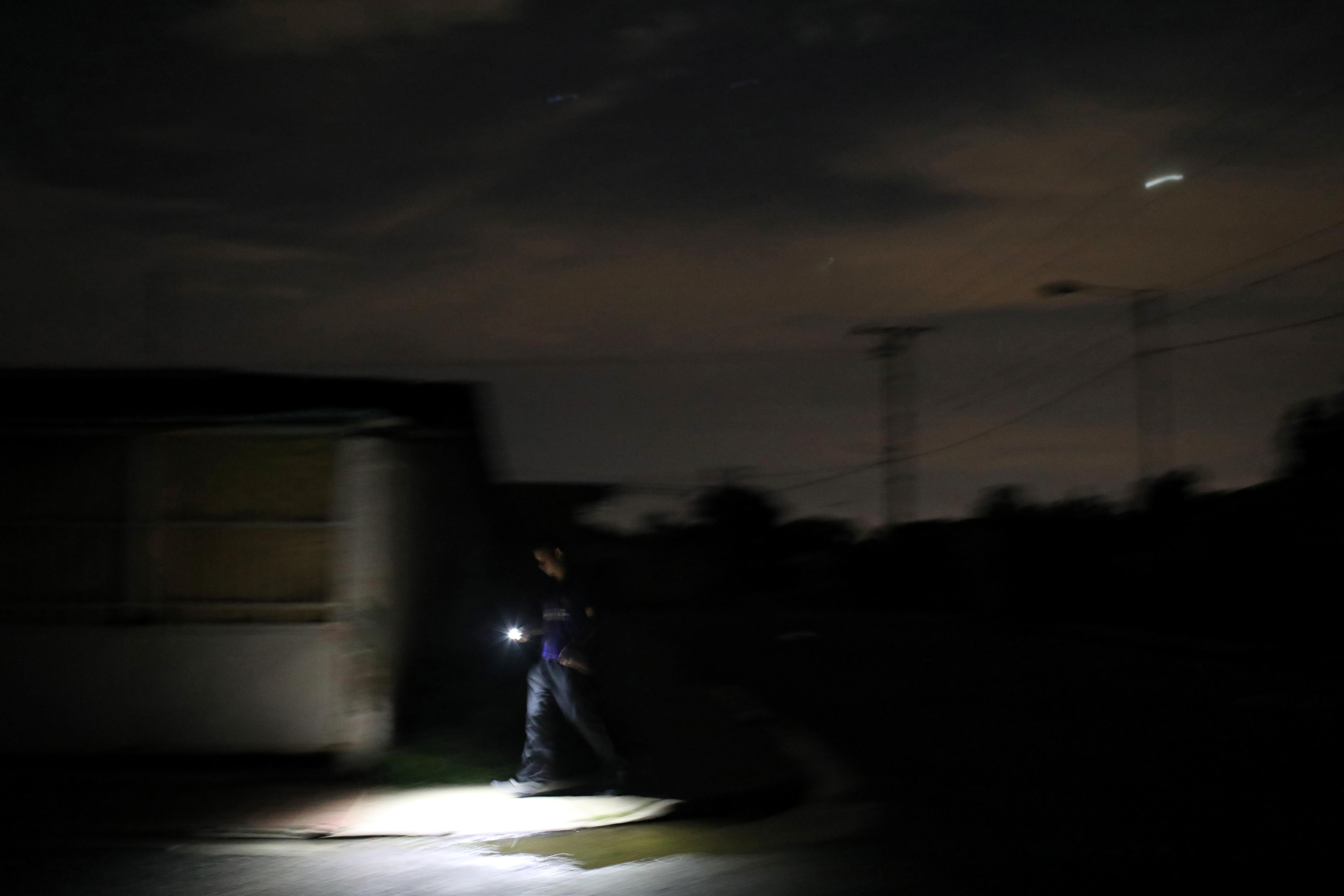 He and a nephew started trading small chickens for government-subsidized food, a business that has gotten more difficult due to delays and stoppages in the arrival of the boxes.

Meza is usually out on the streets by 4 a.m. trying to stuff himself into one of the few crowded buses operating, with little time to worry about contracting COVID-19.

By 10:35 a.m., his shirt was soaked in sweat, but he had emptied his bucket. He made $4 and got two bags of flour and six bags of rice. When he got home, the power was still out.