Revealed: The last 48 hours of couple poisoned by deadly Novichok as police bring in drones and say search for missing canister could take months

The last 48 hours of the couple poisoned by the deadly Novichok nerve agent in Salisbury before their hospitalisation have been revealed as the police have said the search for the missing cannister could take months.

Dawn Sturgess, 44, and boyfriend Charles Rowley, 45, are believed to have fallen ill after finding a vial, syringe or tub used to carry the nerve agent used in Salisbury.

Hundreds of specialists are now searching for the ‘contaminated item’ left behind by the assassins who targeted Russian spy Sergei Skripal and his daughter Yulia on March 4.

Drones have been spotted scanning parts of Queen Elizabeth Gardens in Salisbury, Wiltshire, where it is believed Ms Sturgess and Mr Rowley picked up the cannister.

Police have revealed that on June 29 the couple were spotted together at Ms Sturgess’ homeless shelter, the John Baker House in Salisbury, at around 12.20pm.

After leaving the shelter they went to several shops before visiting Queen Elizabeth Gardens. At around 4.20pm they returned and then caught the bus to Amesbury at around 10.30pm. 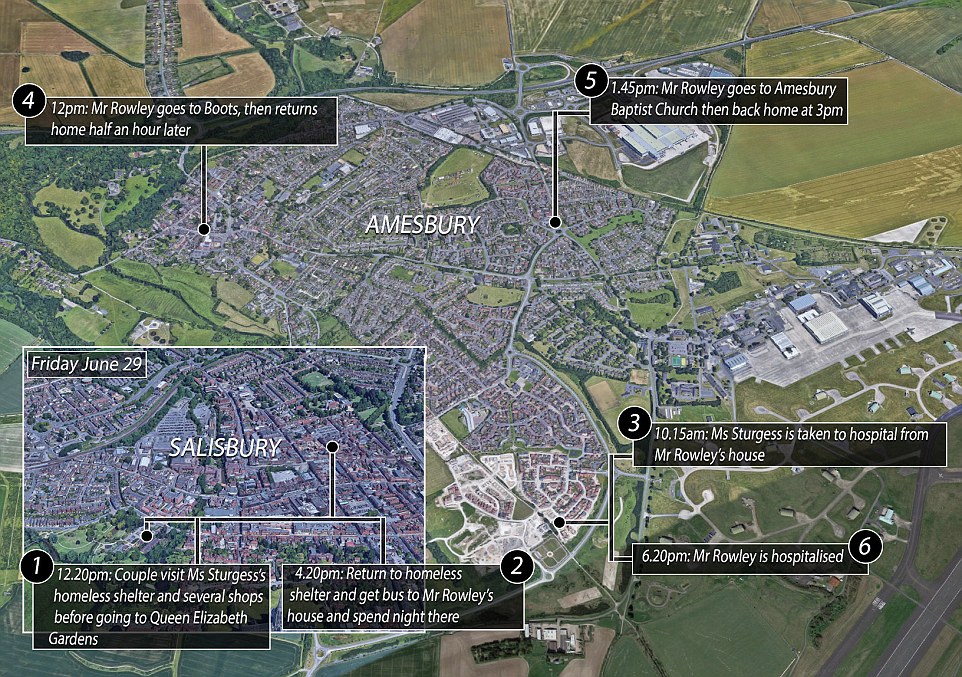 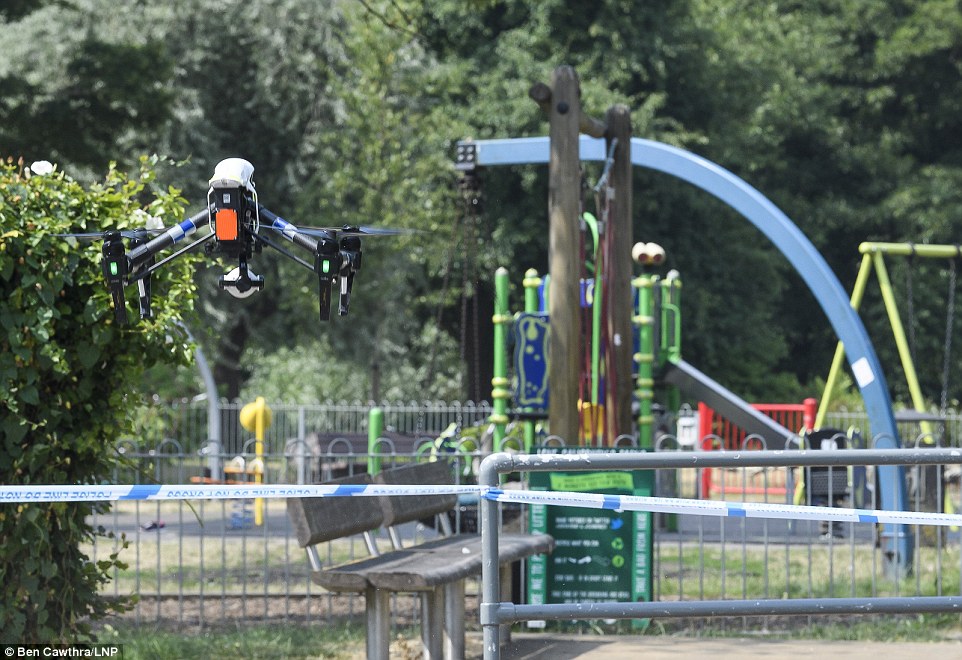 Police use a drone to scan parts of Queen Elizabeth Gardens in Salisbury, Wiltshire, where two victims poisoned by Novichok visited before they fell ill 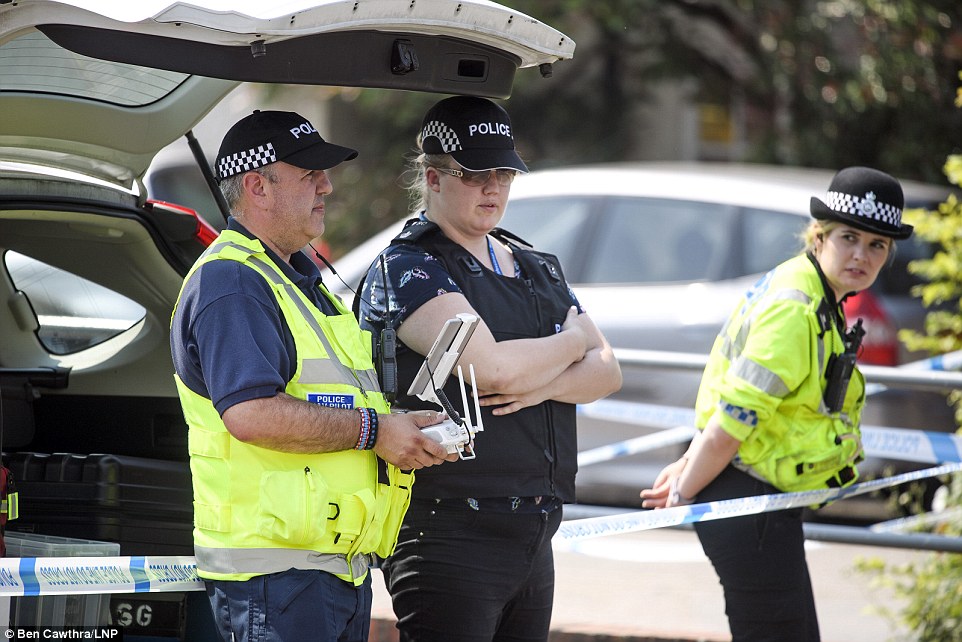 Dawn Sturgess, 44, and boyfriend Charles Rowley, 45, are believed to have fallen ill after finding a vial, syringe or tub used to carry the nerve agent in Salisbury. Police are picture piloting the drone 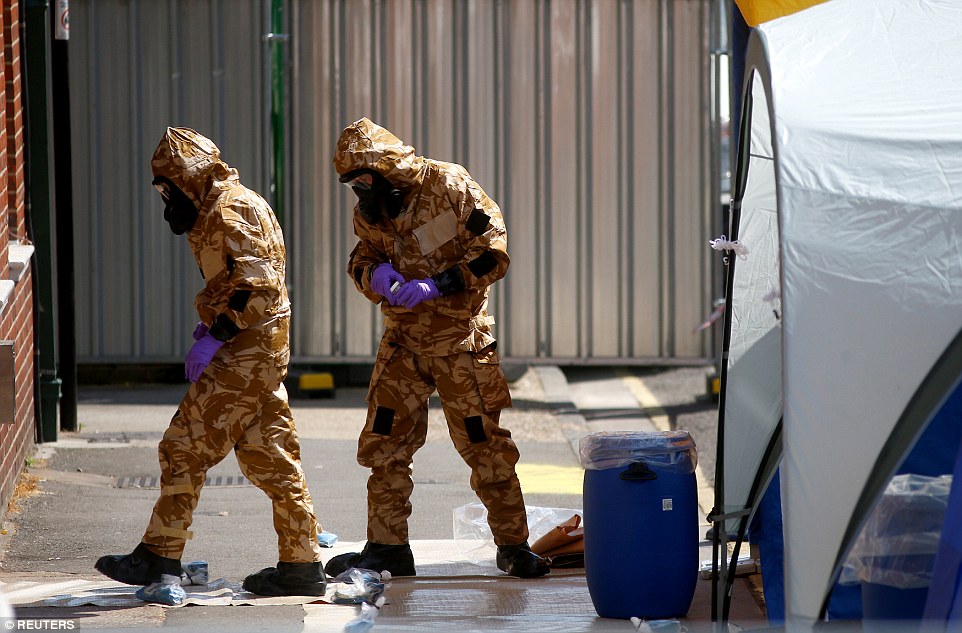 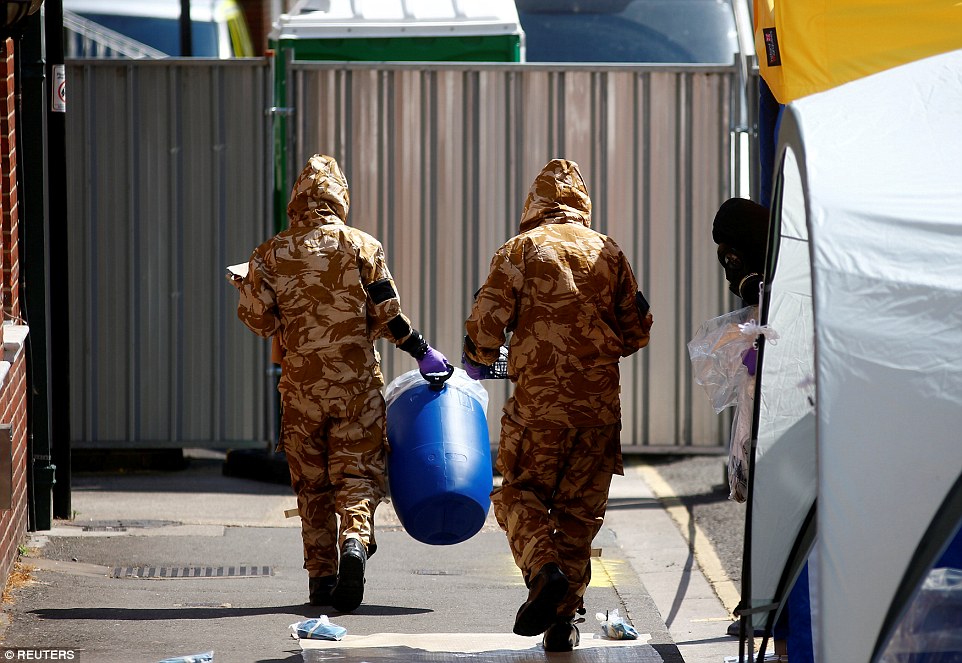 Forensic investigators wearing protective suits enter the rear of John Baker House, after it was confirmed that two people had been poisoned with the nerve-agent Novichok 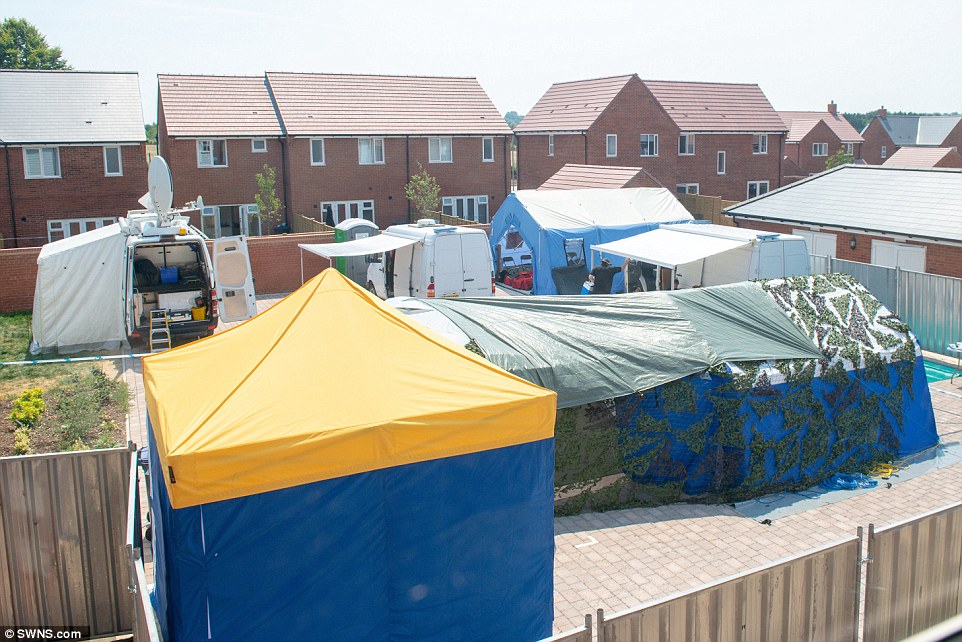 Firefighters with breathing apparatus and other specialist equipment today headed into the Amesbury home where Dawn Sturgess, 44, and boyfriend Charles Rowley, 45, fell ill 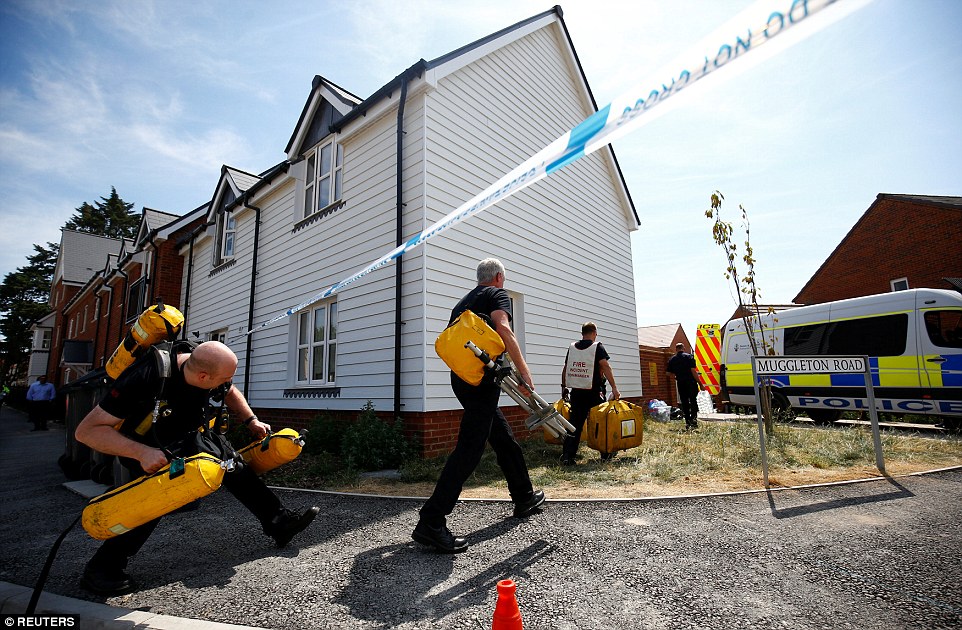 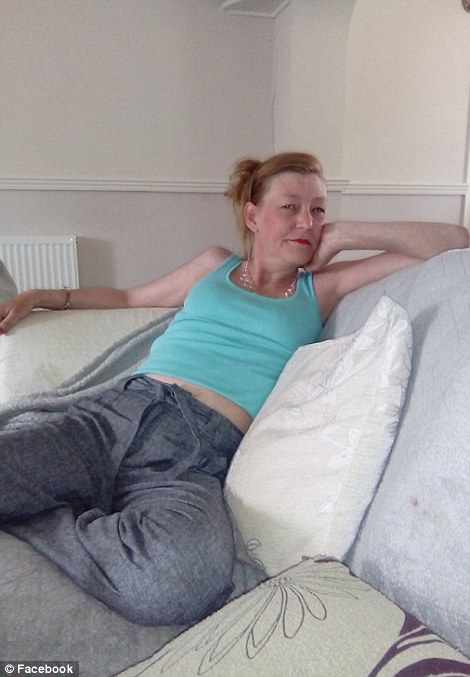 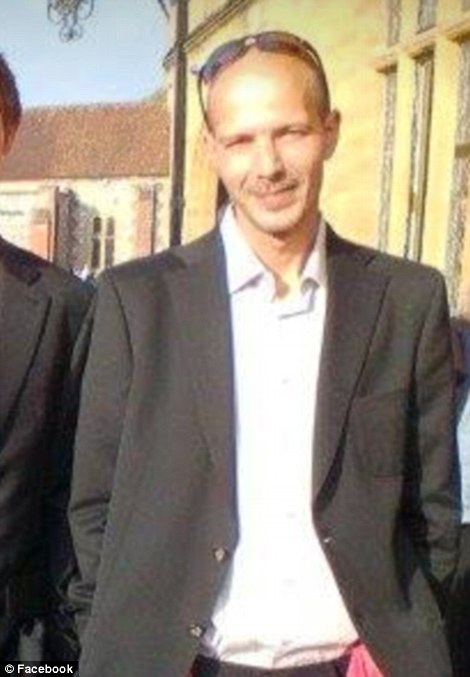 Dawn Sturgess, 44, and Charles Rowley, 45, are fighting for their lives in hospital after being exposed to remnants of the nerve agent that nearly killed a former Russian spy and his daughter 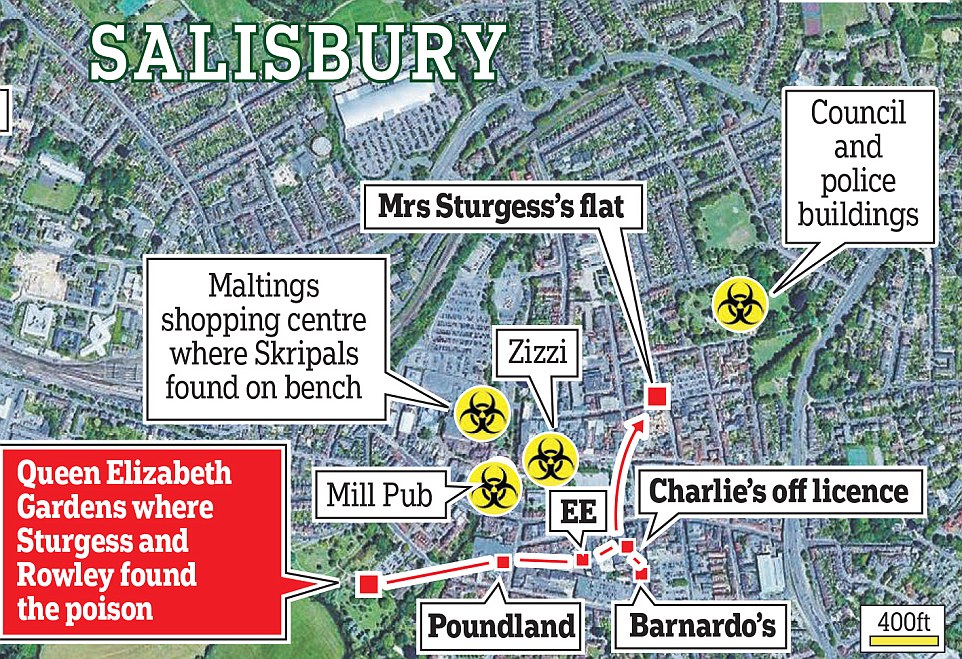