REVEALED: The Pentagon’s secret UFO program that focused on shadowy Utah ranch labeled a ‘possible laboratory for studying other intelligences’

Remarkable new details about secretive research into UFOs produced for the Pentagon has been revealed in a bombshell new report.

Using black-budget money under the auspices of the Defense Intelligence Agency, in 2008 AATIP contracted private space technology company Bigelow Aerospace Advanced Space Studies (BAASS) to provide the government with technical reports and research into UFOs, according to the magazine.

BAASS also controlled ‘Skinwalker Ranch’ in Utah  – which the company proposed as a ‘possible laboratory for studying other intelligences and possible interdimensional phenomena.’

Two previously unreleased technical reports submitted through the contract were published in full or in part by Popular Mechanics, detailing research into the medical effects of contact with anomalous flying objects, the frequency of unexplained phenomenon near nuclear intercontinental ballistic missile silos, and much more. 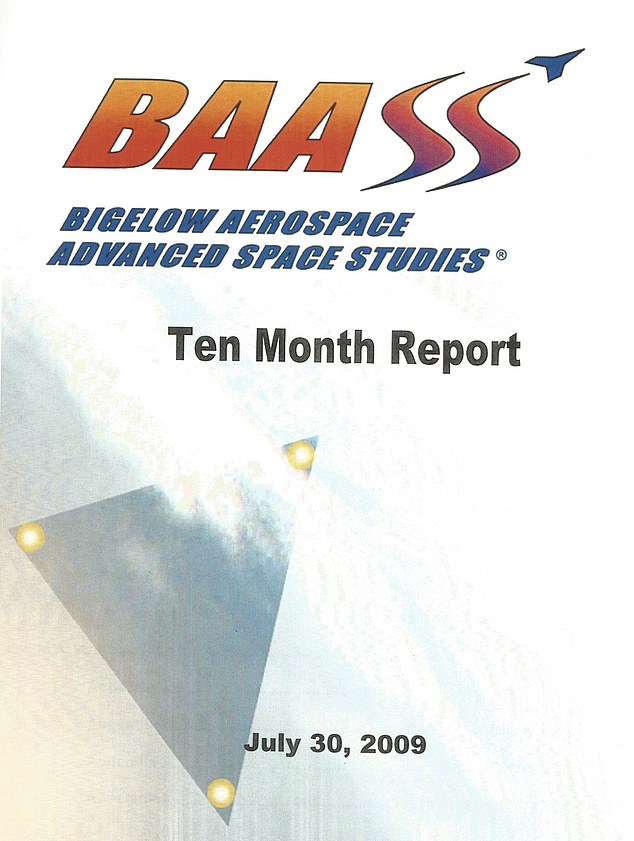 A 494-page report that BAASS delivered to the Pentagon in July 2009 goes into heavy detail about reported UFO encounters, it was revealed on Friday 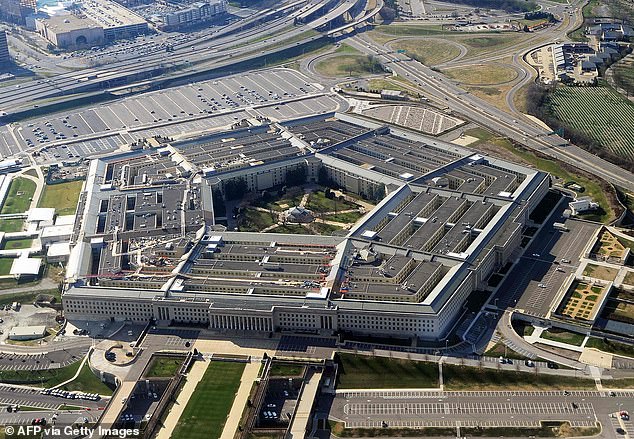 In 2008, the Pentagon awarded a $10 million contract to BAASS under a contracting program known as the Advanced Aerospace Weapon System Applications Program

The investigative report offers an unprecedented look inside the AATIP, the existence of which was first publicly revealed with the publication of the USS Nimitz encounter video in 2017.

The AATIP program was officially de-funded by 2012, though many familiar with the matter believe it may have continued on under different auspices.

In 2008, the Defense Intelligence Agency (DIA) awarded a $10 million contract to BAASS under a contracting program known as the Advanced Aerospace Weapon System Applications Program (AAWSAP).

BAASS, today known as Bigelow Aerospace, was founded in 1999 by Robert T. Bigelow, the owner of hotel chain Budget Suites of America.

A lifelong enthusiast of space travel and the paranormal, Bigelow had in 1996 poured some of the fortune he made in business into BAASS and the purchase of the Skinwalker Ranch in Utah, after various strange and paranormal events were reported there.

Bigelow proposed to use the ranch to study paranormal phenomenon, and a visit to the ranch by a DIA scientist in 2007 may have inspired the creation of the AATIP, according to Popular Mechanics. 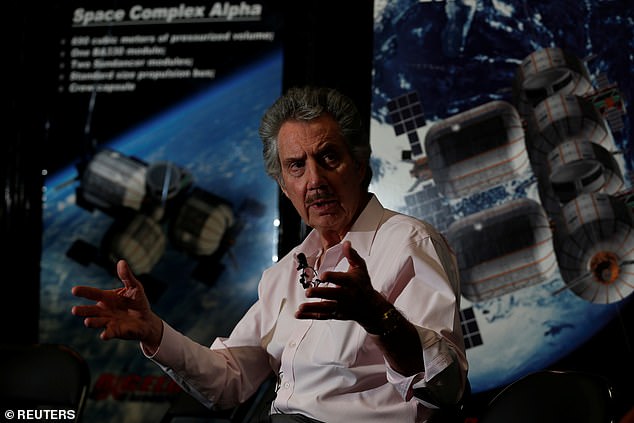 Former AAWSAP contractor and astrophysicist Eric Davis shared what colleagues had told him of the DIA scientist’s experience in an interview with researcher Joe Murgia.

‘In the living room of the former NIDS double wide observation trailer/staff quarters. A 3D object appeared in mid-air in front of him and changed shape like a changing topological figure. It went from pretzel-shaped to Möbius strip shaped. It was 3D and multi-colored. Then it disappeared,’ he said.

According to former Senator Harry Reid, whatever happened at Skinwalker was enough to convince the DIA to seriously investigate paranormal and UFO phenomena.

‘Something should be done about this. Somebody should study it.’ I was convinced he was right,’ Reid told New York Magazine. 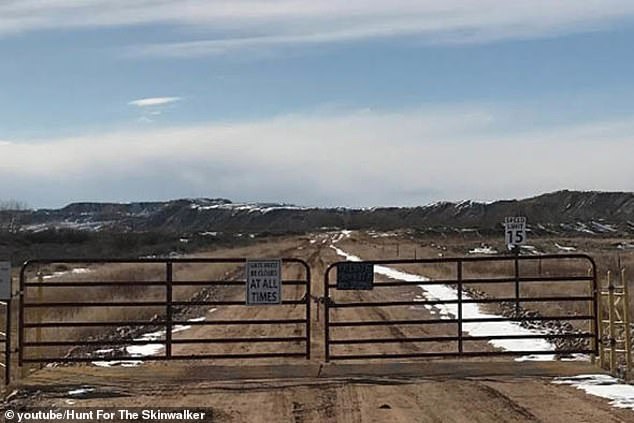 The gate to Skinwalker Ranch is seen prior to its 2016 sale. A visit to the ranch by a DIA scientist in 2007 may have inspired the creation of the AATIP 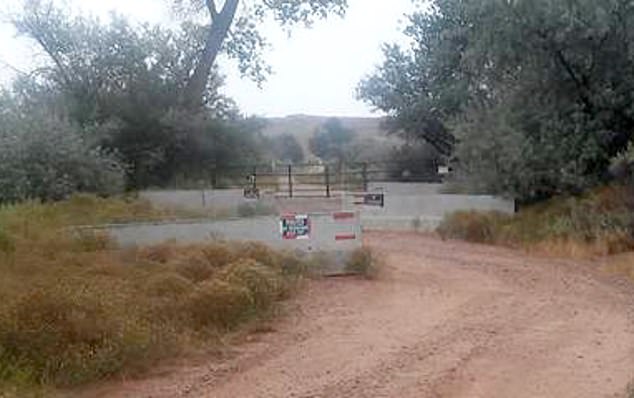 In 2016, Bigelow sold Skinwalker Ranch for $4.5 million to a shell corporation, and concrete barriers and heavy security were erected around the perimeter

A 2009 BAASS report commissioned by the Pentagon mentions Skinwalker Ranch in Utah as a ‘possible laboratory for studying other intelligences and possible interdimensional phenomena.’

In 2016, Bigelow sold Skinwalker Ranch for $4.5 million to ‘Adamantium Holdings’, a shell corporation whose true owners have never been traced.

After this sale, all roads leading to the ranch were blocked, the perimeter was secured with cameras and barbed wire, and signs went up warning strangers not to approach.

Anyone who does approach the ranch now reports being immediately confronted by guards and ordered to leave.

Under the DIA contract, BAASS was tasked with providing the Pentagon with technical reports, surveys and studies related to ‘future aerospace weapon systems.’

The language in the DIA’s $10 million contract with BAASS – and its objectives – seem purposely vague, obscuring the fact that the AAWSAP contract was focused on what the Pentagon now calls Unidentified Aerial Phenomenon (UAP).

But a 494-page report that BAASS delivered to the Pentagon in July 2009, and revealed by Popular Mechanics, is explicitly focused on UAP. 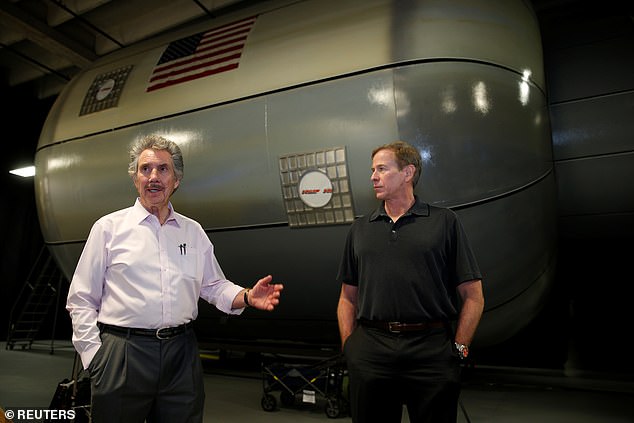 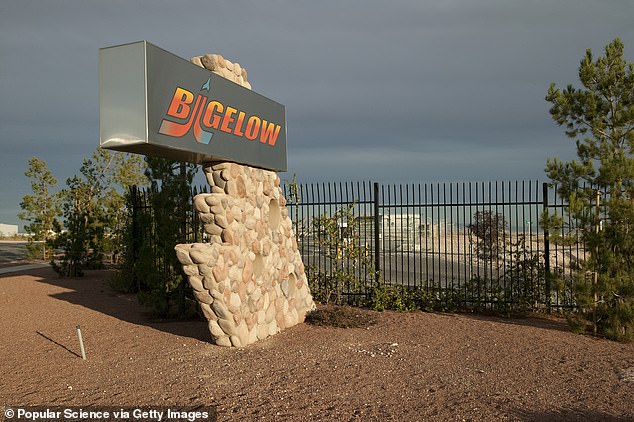 BAASS, today known as Bigelow Aerospace, was founded in 1999 by Robert T. Bigelow, the owner of hotel chain Budget Suites of America 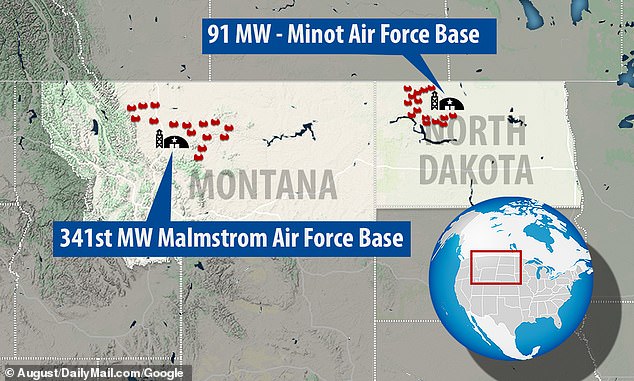 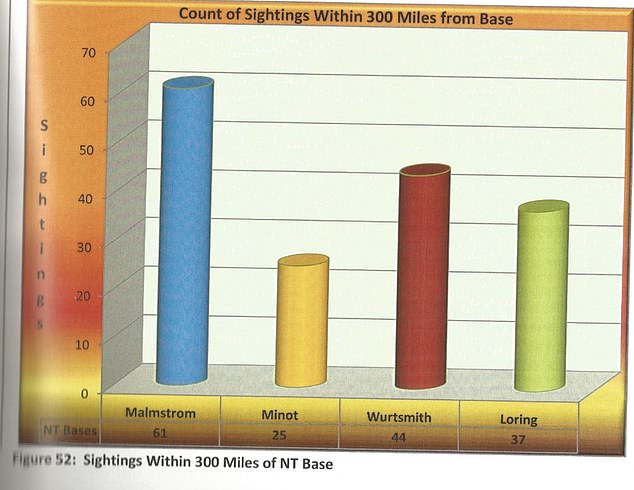 The time period of the study seems to focus on a five-month window from July through November of 1975, when the BAASS report claims Malmstrom reported an alarming 61 unexplained encounters.

Responding to an intrusion alarm, a Sabotage Alert Team raced in a vehicle to the silo, where they encountered a ‘brightly glowing, orange, football field-sized disc’ hovering in the air.

‘It began to rise, and at about 1,000 feet, NORAD picked up the UFO on radar,’ the report states. Two F-106 fighter jets were scrambled to intercept the object, but were never able to get a visual. ‘At about 200,000 feet, it disappeared from NORAD’s radar.’

Specialists were brought in to do a systems check on the missile, and discovered that the computer in the warhead had ‘mysteriously changed the target numbers.’

UFO enthusiasts have long noted the apparent connection between sightings and nuclear activity. The famous 2004 USS Nimitz carrier strike group encounter with the ‘Tic Tac’ object is also connected in that regard, as the air craft carrier is nuclear-powered. 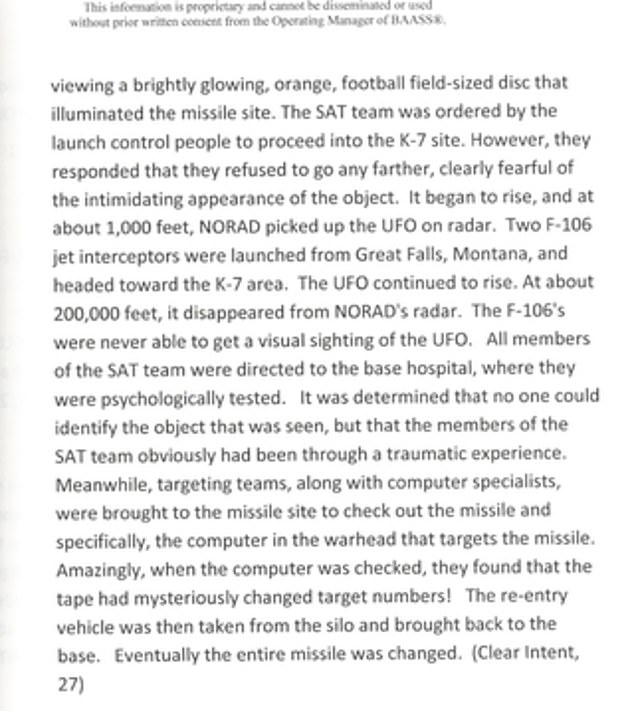 The BAASS report (above), directly quoting the book Clear Intent, describes one encounter on November 7, 1975 at the K-7 ICBM missile silo attached to Malmstrom 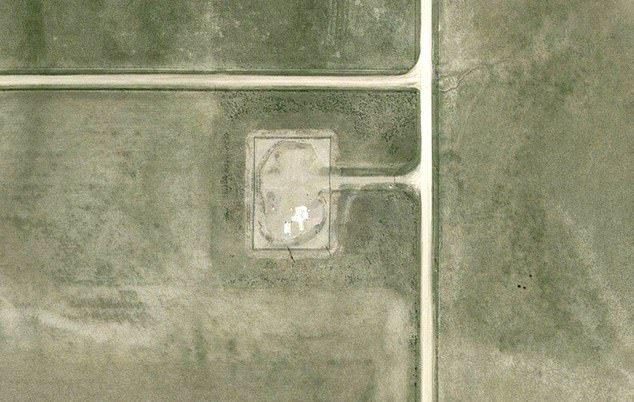 One astonishing encounter is described in the BAASS report from November 7, 1975 at the K-7 ICBM missile silo (above in satellite image) attached to Malmstrom AFB 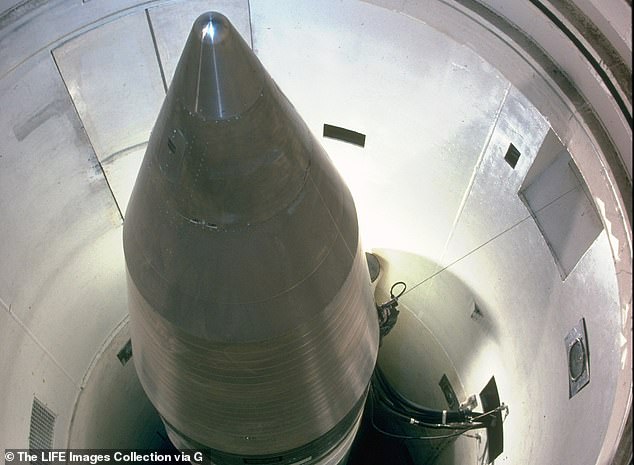 A Minuteman III missile is seen in its silo. In 1975 there is a report that the onboard targeting computer of such a missile inexplicably changed coordinates after a UFO encounter

‘This focused on forensically assessing accounts of injuries that could have resulted from claimed encounters with UAP,’ the study’s author, Christopher ‘Kit’ Green, told Popular Mechanics.

‘I didn’t work for BAASS, other than as a contractor for my paper, and I wasn’t a part of AAWSAP. However, it is my understanding this program was a UFO study that outwardly was not supposed to look like it had anything to do with UFOs,’ he said.

Green also told the magazine that while his work focused on encounters with unknown or unidentified aerial objects, all of the injuries he assessed could be accounted for by known terrestrial means, and did not provide any evidence for extraterrestrial or non-human technologies.