Speedboat killer’s bolthole: The run-down Soviet era block of flats in popular district of Georgia’s capital where Jack Shepherd has lived the past few months

Jack Shepherd yesterday claimed to have spent the past few months living in a high-rise Soviet-era block of flats in a popular district of Tbilisi.

The fugitive’s lawyers said he had been most recently staying in a rented apartment in the middle-class residential area of Saburtalo, but residents of the eight-storey building said they had never seen him.

One mother said: ‘There is no way, I know everyone in the block and I would have noticed a foreigner.’

Another resident said: ‘I spotted him on the TV but don’t think he could have lived here. I am always in and out, I’m sure I would have seen him.’

But an elderly woman running a street bakery just outside the building said she was adamant that Shepherd had bought khachapuri, traditional Georgian bread, from her three months ago. 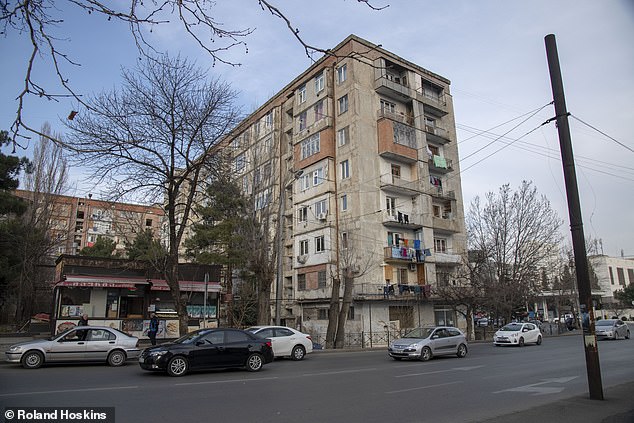 ‘He came alone a couple of times and he bought khachapuri. I have good eyesight and memory so I’m sure it is him.

‘I don’t know what building he came from. I didn’t pay too much attention at the time but I remember him.’

The exterior of the grey building looks tired and dishevelled – clothes hang on washing lines attached to the apartments and it is covered in graffiti.

Windows in the stairwells have been smashed and left unrepaired. 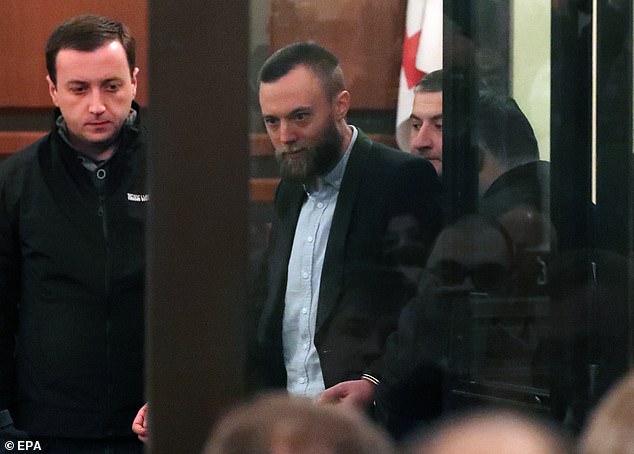 One resident said: ‘I spotted him on the TV but don’t think he could have lived here. I am always in and out, I’m sure I would have seen him.’ Pictured: Shepherd being escorted to a court hearing

Jack Shepherd was working as a web designer in Georgia and saving up for a new life in Thailand or Indonesia.

His plans to make a permanent home in the Far East were revealed in court yesterday by a prosecutor who argued there was a risk he would flee again if not locked up.

Ketevan Gurashuili said Shepherd had been planning to go to Thailand or Indonesia where he had friends. She added: ‘He is a clever man and he has contacts who could help him.’

A friend, who is also a web designer, is said to have already flown out to the Far East ‘to be near’ Shepherd.

Thailand has long been a favoured destination for those who want to ‘disappear’. With its no-questions-asked atmosphere, a fugitive can live under the radar for years.

Shepherd was saving up money he earned from working in Georgian capital Tbilisi.

During his time in the former Soviet republic, he learnt to ski and dating new women, despite having a wife back home.