Revealed: The election speech Theresa May wanted to deliver but polling guru told her to stick to doomed ‘strong and stable’ mantra

Extraordinary details have emerged of a speech Theresa May planned for the start of last year’s ill-fated election campaign – but never actually made.

The Prime Minister was set to issue a rallying cry on the steps of Downing Street about ‘changing Britain’ by helping workers, the NHS and schools and curbing executive pay and the ‘privileged few’.

The idea was to mirror the words she used when entering No 10 in July 2016.

On that occasion, Mrs May spoke of fighting ‘burning injustice’ and on behalf of millions of families who were ‘just about managing’. 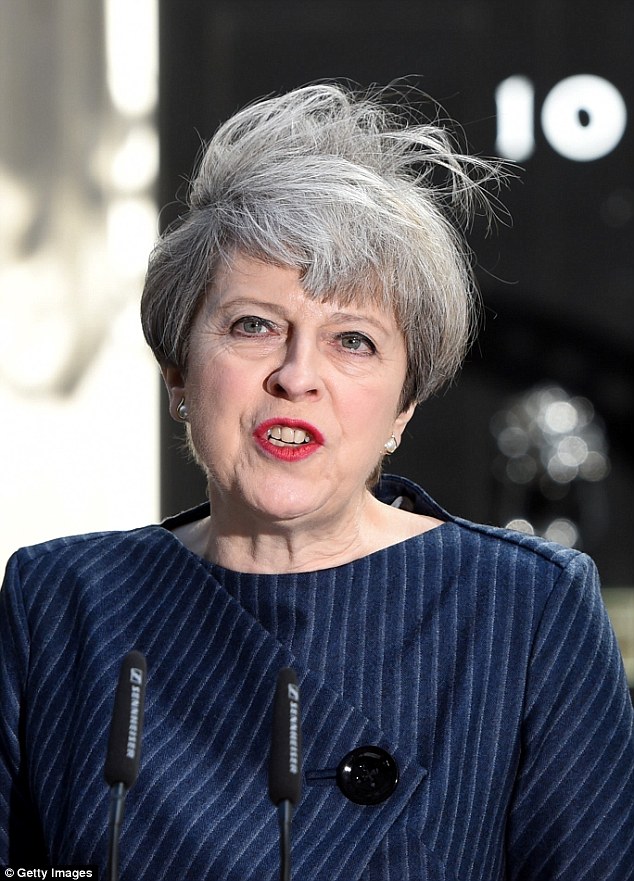 Prime Minister Theresa May (pictured) was set to issue a rallying cry on the steps of Downing Street about ‘changing Britain’ by helping workers, the NHS and schools and curbing executive pay and the ‘privileged few

But after calling the snap election last April, she was over-ruled by election guru Sir Lynton Crosby, who tore up her first campaign speech and told her to stick to the twin mantras of Brexit and ‘strong and stable’, according to a new book.

The ‘strong and stable’ strategy collapsed days after Mrs May launched the Tory manifesto, when she was forced to perform a U-turn on the so-called ‘dementia tax’ – her controversial attempt to propose a long-term solution for adult social care.

In addition, her attacks on ‘unstable’ Jeremy Corbyn blew up in her face as Labour surged and the Tories lost their Commons majority.

Many pundits agree the speech she made on the steps of Downing Street on April 18 – when she announced the election – was a mistake. 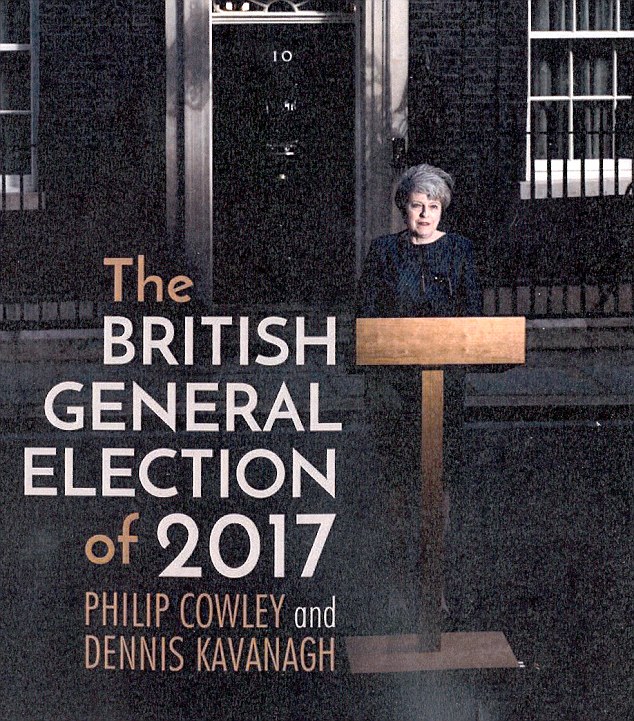 The book by political academics Philip Cowley and Dennis Kavanagh, The 2017 British General Election said Brexit was to be avoided as a strategy because it was too ‘divisive’

She used the terms ‘strong and stable’ 14 times, Brexit six times, and did not mention ‘change’ or other policies.

It was in stark contrast to the draft speech drawn up by her then No 10 speech writer Chris Wilkins, and approved by chiefs of staff Nick Timothy and Fiona Hill.

A leaked copy shows it contained just four references to ‘strong’, none to ‘stable’ and three to Brexit – but the word ‘change’ was used eight times, with promises to help the working class and young, boost hospitals, schools and homes, tackle executive pay and ‘privilege’, and making Britain ‘fairer’.

The key messages the Prime Minister planned to deliver included: ‘We need an ambitious programme of economic and social reform. That means no longer ignoring or dismissing the concerns of ordinary working people.

‘We must make sure young people get the education that will set them up to succeed… build new affordable housing so young people can settle down and make a life for themselves in a home of their own… attract global talent but control immigration to serve the national interest… crack down on corporate irresponsibility… [and] invest in the NHS.’ 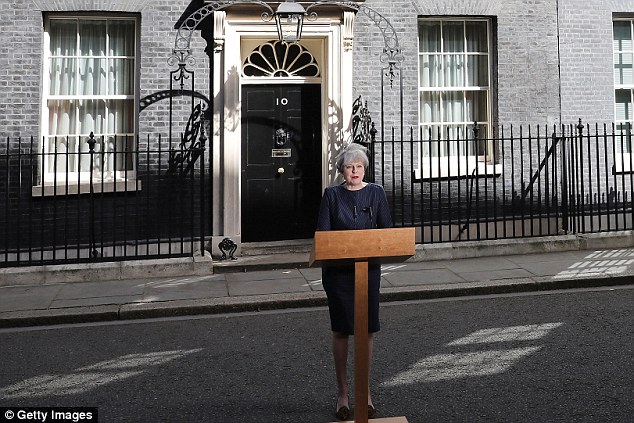 The Prime Minister, outside Downing Street, calling for a general election for the United Kingdom to be held on June 8

The book by political academics Philip Cowley and Dennis Kavanagh, The 2017 British General Election, states: ‘Brexit was to be avoided as the defining feature of the strategy because it was too divisive. May would not say she was strong and stable, she would demonstrate it.

‘The Conservative campaign came unstuck, with No 10 aides bitterly regretting the miscasting of May, as their original plan for her to be the candidate of “change” was cast aside by Crosby.’

The Prime Minister’s allies say that if she had stuck to her guns and delivered the ‘draft speech’, the dementia tax row would have caused less damage and she would have appealed to voters turned off by the Brexit debate.

In turn, they argue, she would have kept her Commons majority, increasing her prospects of getting a Brexit deal through Parliament.

The book says Mrs May and her team spent a year planning to kick off the election by repeating the vow to combat ‘burning injustices’ she made when she became Prime Minister in 2016. It claims Sir Lynton, who ran Boris Johnson’s two successful London mayoral campaigns – and is reportedly backing his bid to oust Mrs May – dismissed the strategy as ‘bull****’.

Mr Timothy and Miss Hill were forced to quit after the election. They were blamed for the poor result and accused of creating a toxic atmosphere in No 10.

The British General Election of 2017, published by Palgrave Macmillan, is on sale from September 27.