UK-made anti-riot gear has been widely used in America during clashes with Black Lives Matter protesters, despite the government’s claim there is “no evidence” British equipment was used, Sky News has found.

In a joint investigation with The Guardian, Bellingcat and Lighthouse Reports, riot shields made in England were found to have been used by at least six different US law enforcement agencies across three states.

The shields, intended to protect officers, have been used by US police in confrontations with protesters, journalists and passers-by – including a 67-year-old cancer patient who walks with a cane who had to seek medical help. There is no suggestion of wrongdoing by DMS Plastics, which manufactures the shields, which are a form of personal protection equipment, and sold them legally to a US distributor.

Despite Sky News finding a large number of examples of the distinctive shields from widely available sources, “no evidence” of the shields was found when the British government investigated as part of a review to find out if it remained legal to export British-made crowd-control kit to the US.

Ten days after George Floyd died while being detained by police on 25 May, the British government began an internal investigation to assess whether UK kit was being used by US law enforcement during the protests that had followed.

They say they found nothing, but “assumed that it is possible” British kit was used.

The investigation also sought to answer whether there was a “clear risk the items might be used for internal repression”.

Emily Thornberry, the shadow trade secretary, says the review is not robust: “We should have done a proper review and we should have stopped it.”

“Well, internal repression is unlawfully hitting people, let’s say, a cancer victim with a stick, it is attacking members of the press, it is using unlawful violence, it is using it in order to suppress legitimate, lawful demonstrations.” The Black Lives Matter protests that have taken place since the end of May have been widely peaceful.

But criticisms of both some protesters and some law enforcement have been made, with some demonstrations turning into riots, and some officers publicly criticised for using excessive force.

British shields have been widely used by police and the Secret Service in Washington DC on 31 May and 1 June, the same day Donald Trump had his photo taken with a bible outside a church where protesters had been moved away from. 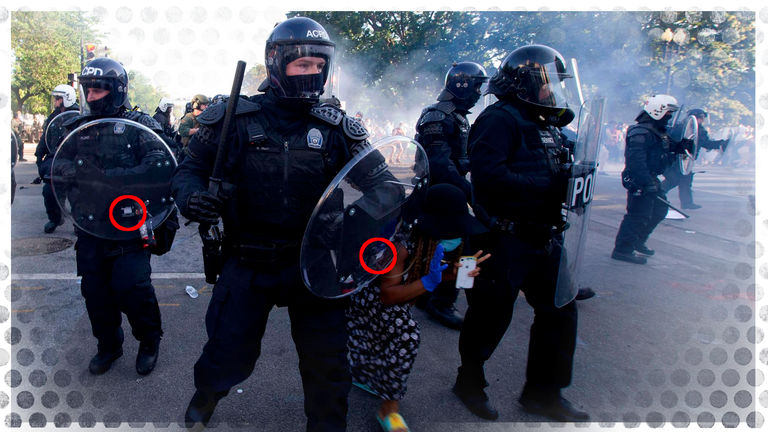 The Scorpion Solo Shields, which are simple to identify as they have the brand name and an image of a scorpion on them, were also found in Salt Lake City, Utah, and Atlanta, Georgia, this summer.

At least two of the forces have on-going internal investigations examining whether officers using the shields used excessive force.

Two US Park Police officers were taken off their normal duties and are being investigated following an incident with an Australian cameraman in Washington DC. A clip showing the journalist being hit in the stomach with a British-made shield went viral.

An officer in Salt Lake City was found by to have used “improper force” by an independent City Review Board review after 67-year-old James Tobin, a veteran and Leukaemia patient who uses a cane to walk, was repeatedly hit with a UK-made shield until he fell to the ground after he stepped out to witness the protests near his home.

The officer is still being investigated by Salt Lake City Police Department and the District Attorney is also looking into the matter.

Sky News reached out to all the law enforcement agencies identified in the evidence. The United States Park Police said they followed “established procedures”, that all “use of force complaints” are being investigated and they stated that more than 50 of their officers were injured during the protests.

A UK government spokesperson said: “We consider all our export applications thoroughly against a strict risk assessment framework and keep all licences under careful and continual review as standard. 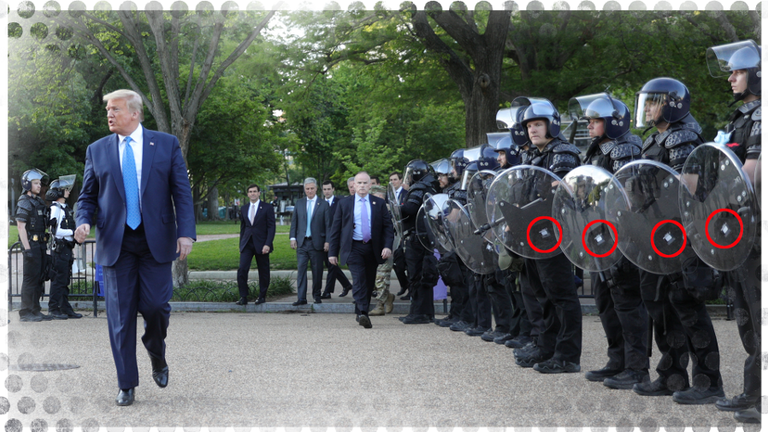 “This, of course, applies to our exports to the US.

“We rigorously examine each export licence application on a case-by-case basis against the Consolidated EU and National Arms Export Licensing Criteria.”