Rainbows, glitter and VERY revealing outfits: More than 300,000 revellers strut their stuff during Sydney’s Mardi Gras parade as Kylie Minogue is rumoured to perform at a secret show

Pop singing icon Kylie Minogue has made a surprise appearance at the Gay and Lesbian Mardi Gras Parade in Sydney as festival goers celebrate the event’s 41st year.

A crowd of around 300,000 revellers and 12,500 parade participants have soaked in the festivities at the LGBTQI’s annual night of celebration.

The glitter-filled celebrations are set to go on long into Sunday morning, with the New South Wales government relaxing its lockout laws to allow venues to serve alcohol as late as 3.30am. 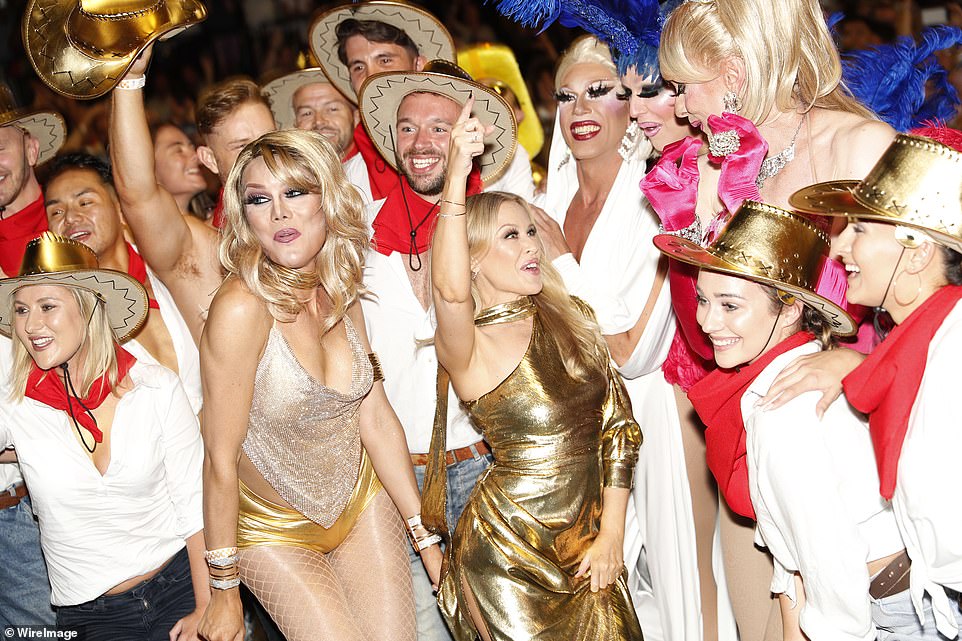 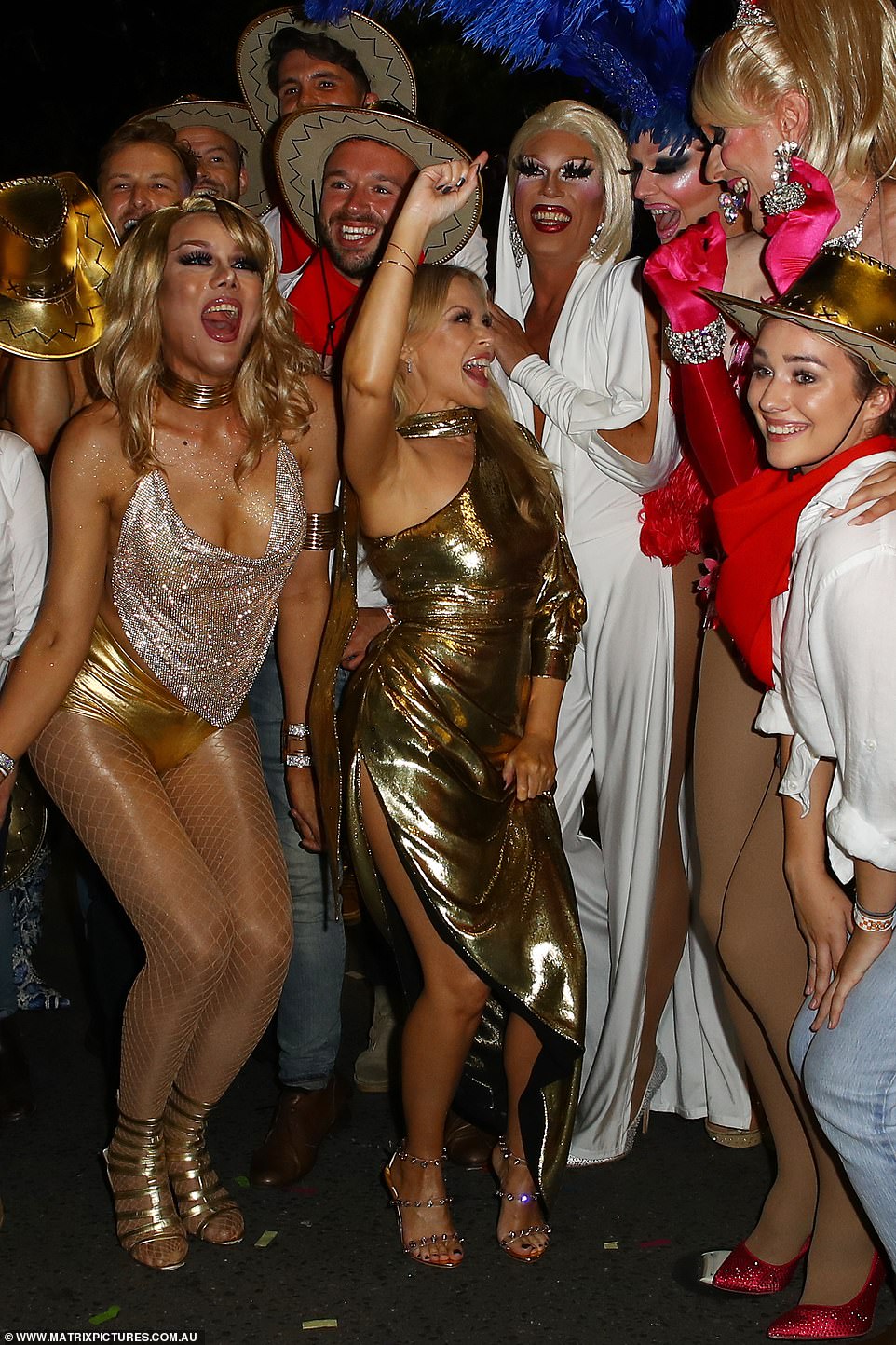 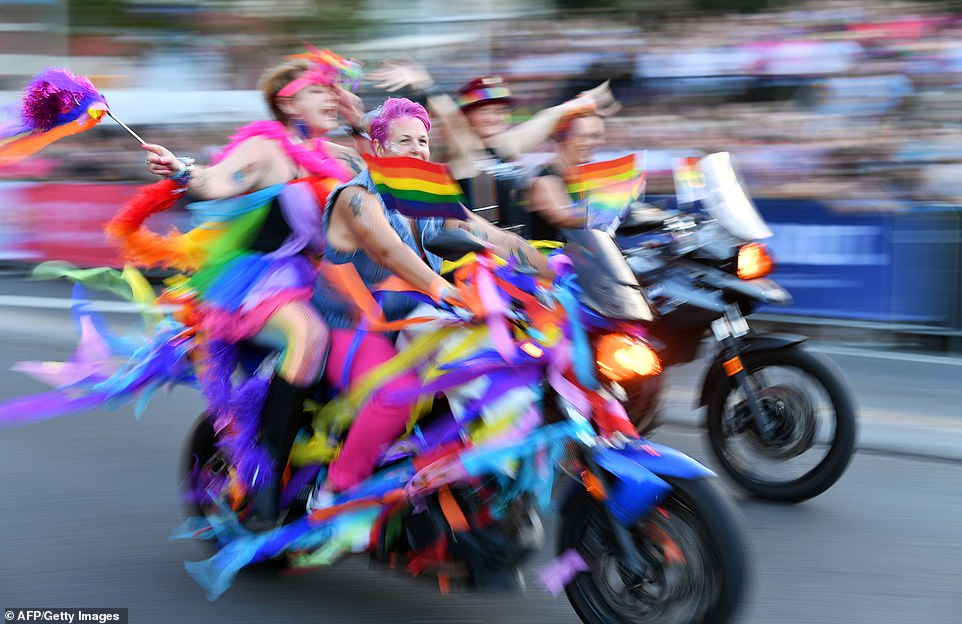 The glitter-filled celebrations are set to go on long into Sunday morning, with the NSW government relaxing its lockout laws to allow venues to serve alcohol as late as 3.30am 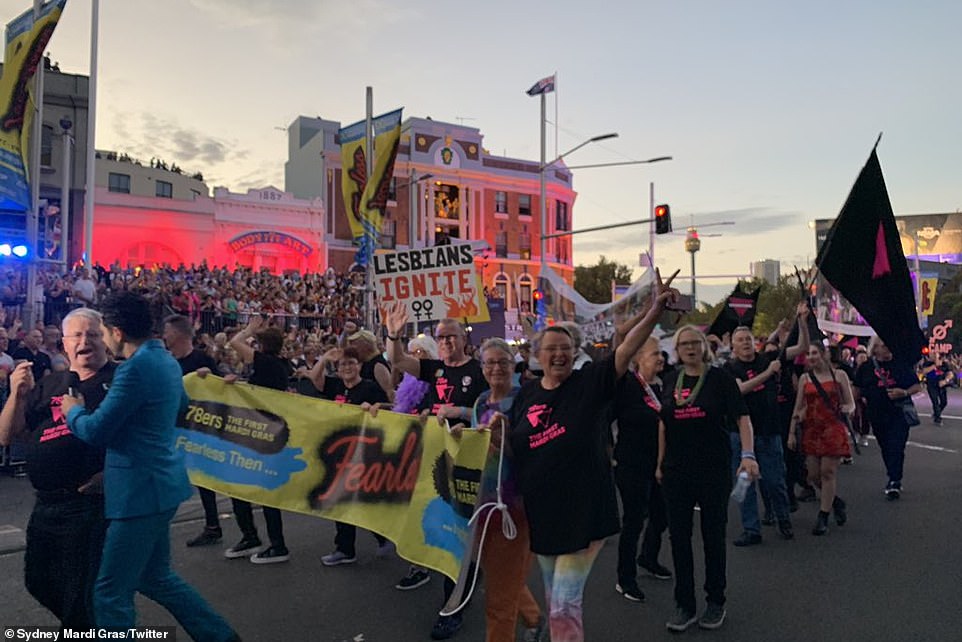 Spectators have lined the 1.7km route which goes along Oxford Street, Flinders Street and Anzac Parade from the south-east corner of Hyde Park to Moore Park 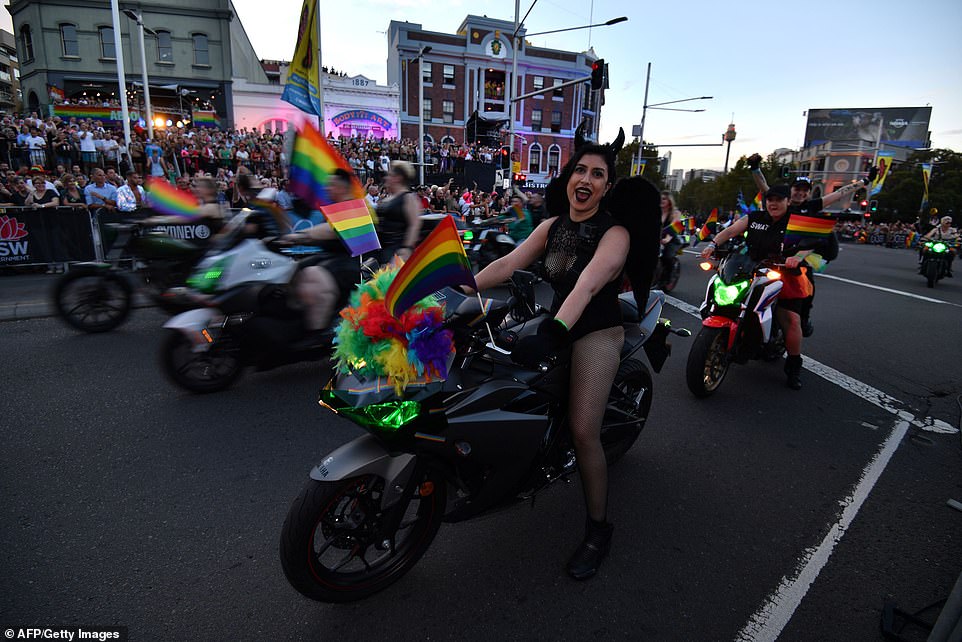 A crowd of around 300,000 revellers are expected to soak in the festivities at the LGBTQI’s annual night of celebration – which is marking its 41st year 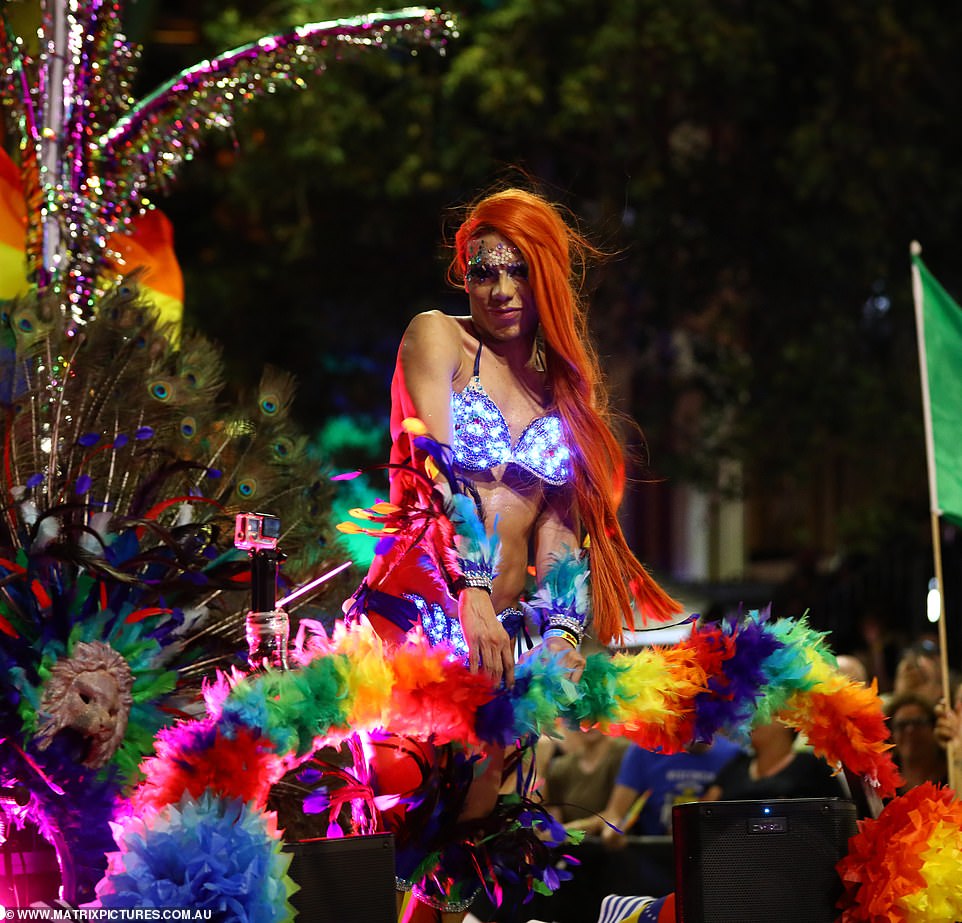 As crowds arrived at the annual celebration of diversity and the LGBTIQ community, a sparkling variety of outfits were on display from attendees 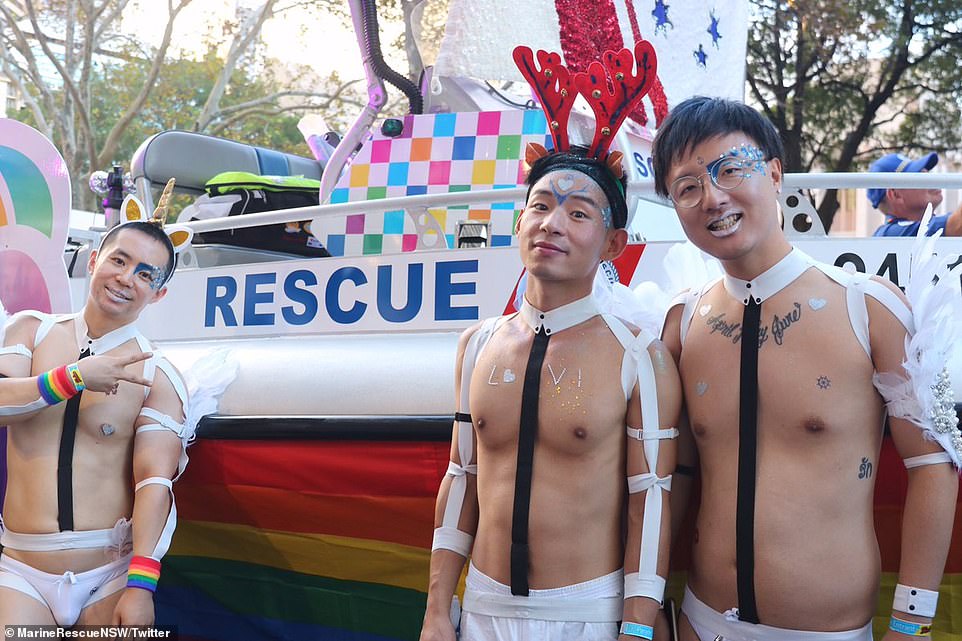 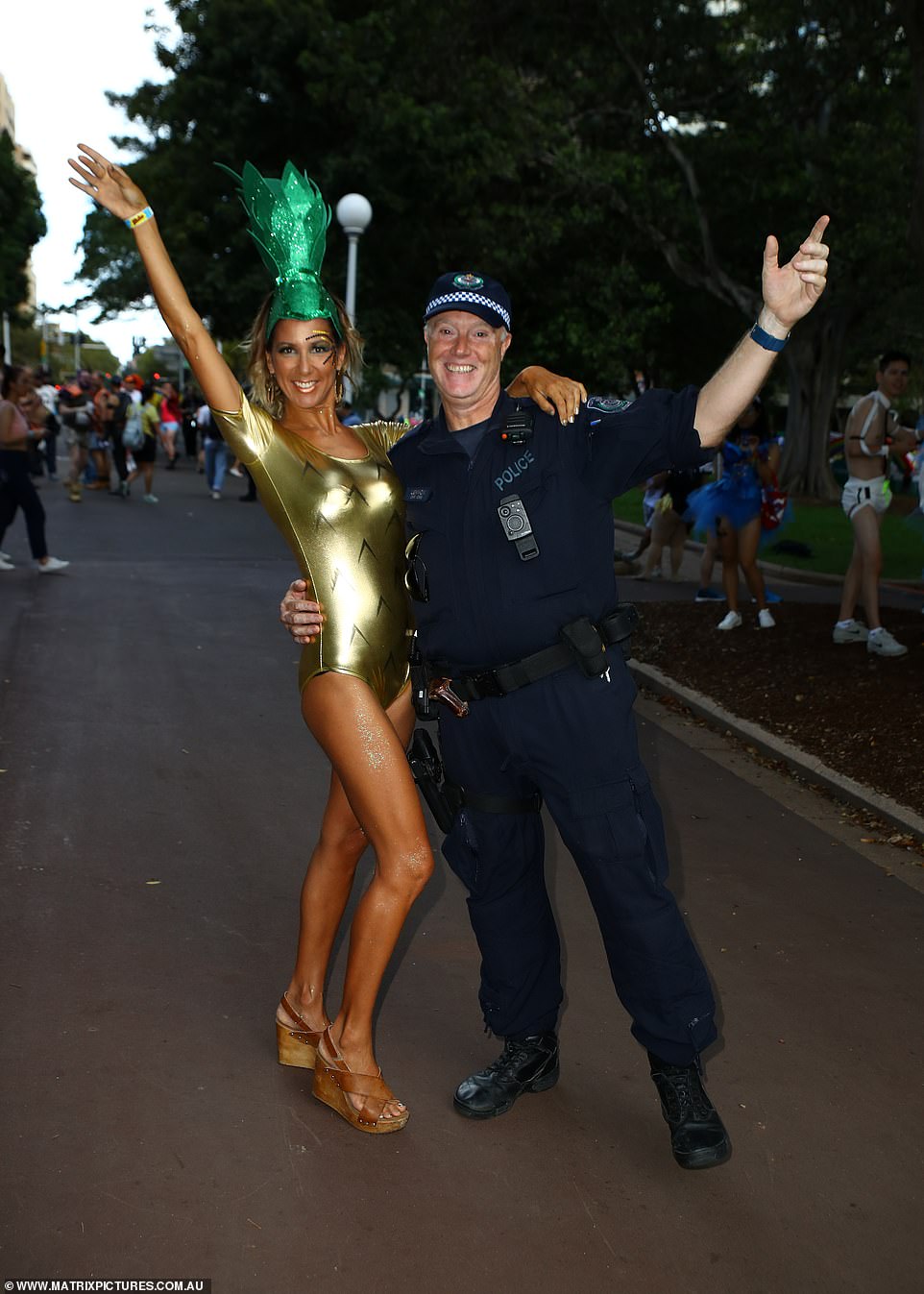 Despite a heavy police presence, those officers posted to the parade route were still able to let their hair down – with one officer posing with a woman in a golden leotard 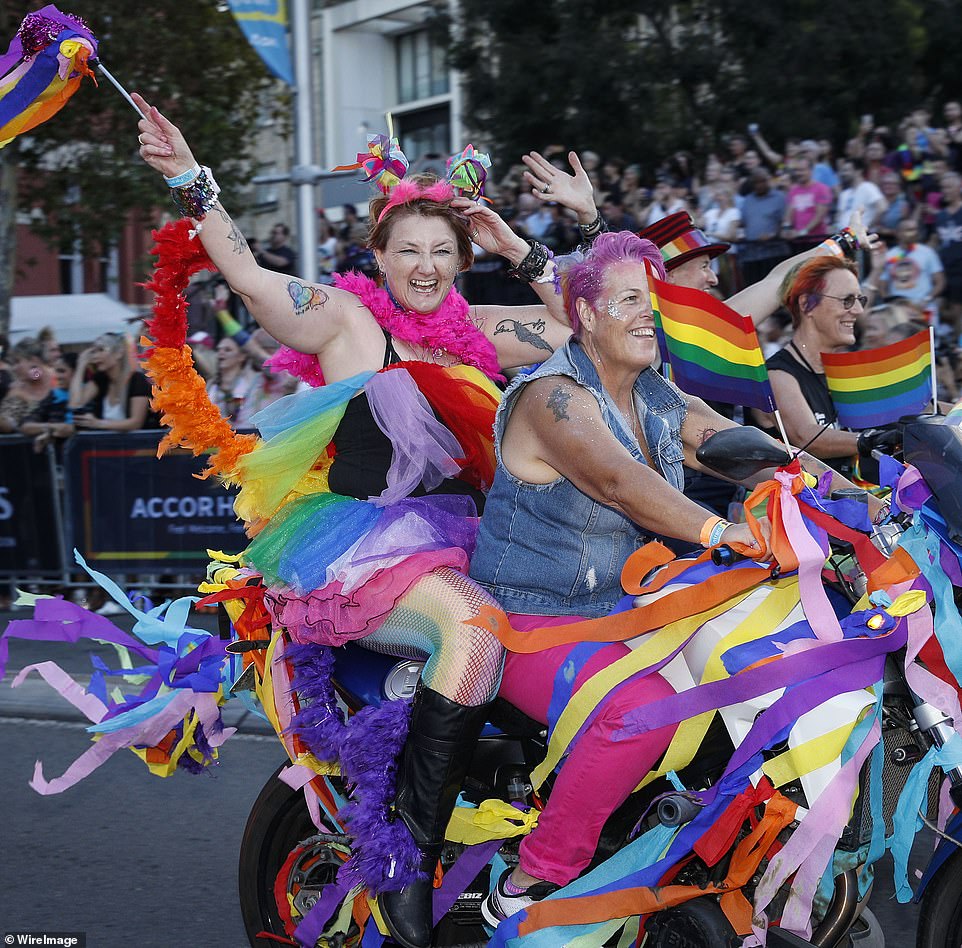 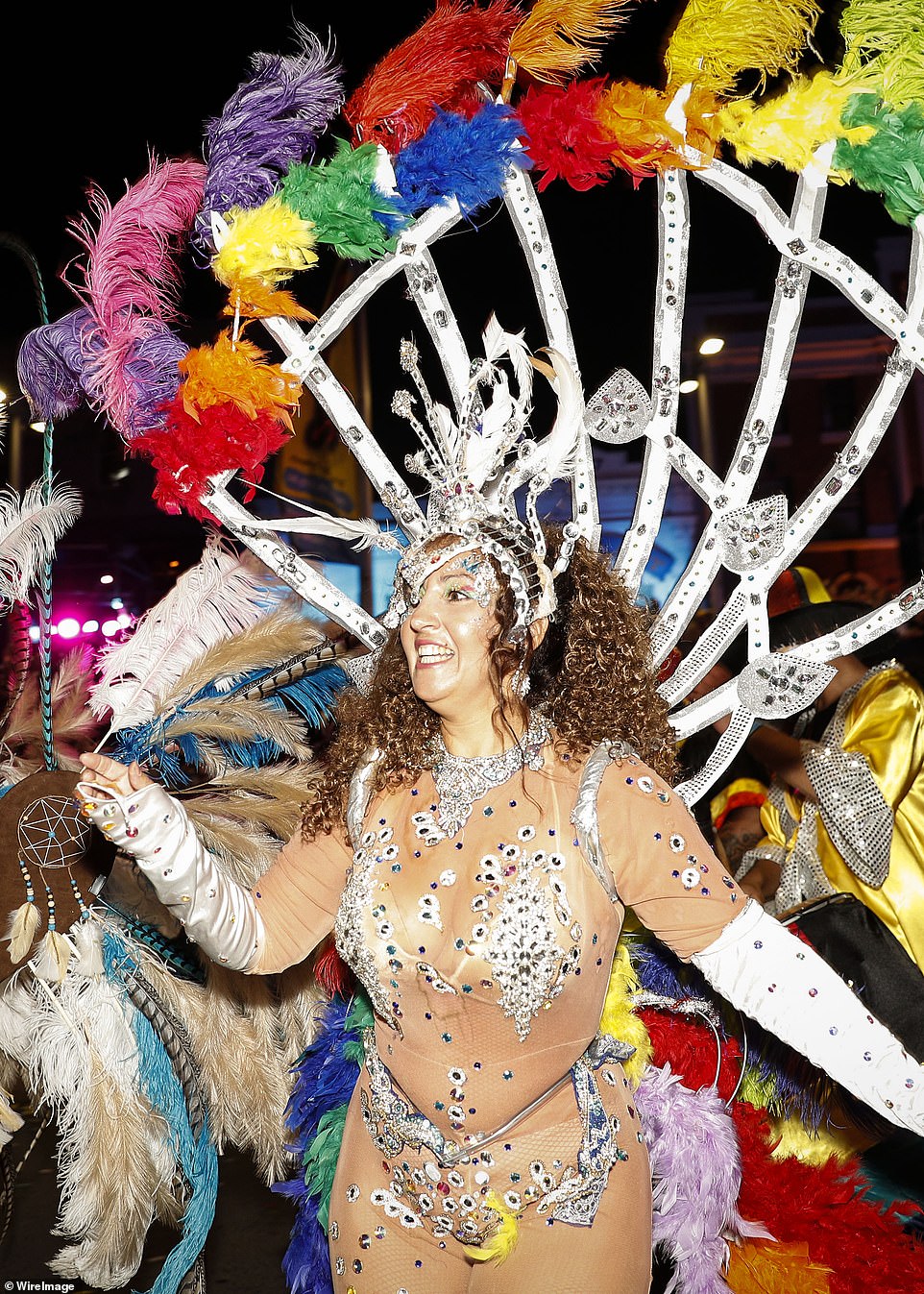 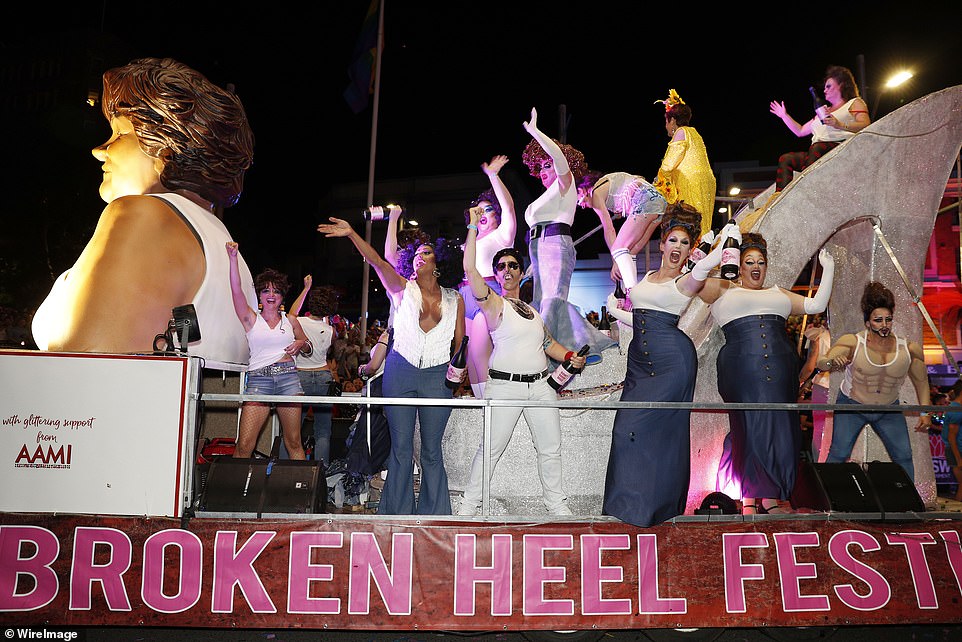 200 floats representing a variety of Australian bodies are on show on Saturday night – including a float marking the fifth anniversary of the Broken Heel Festival and the 25th Anniversary of the movie Priscilla, Queen Of The Desert 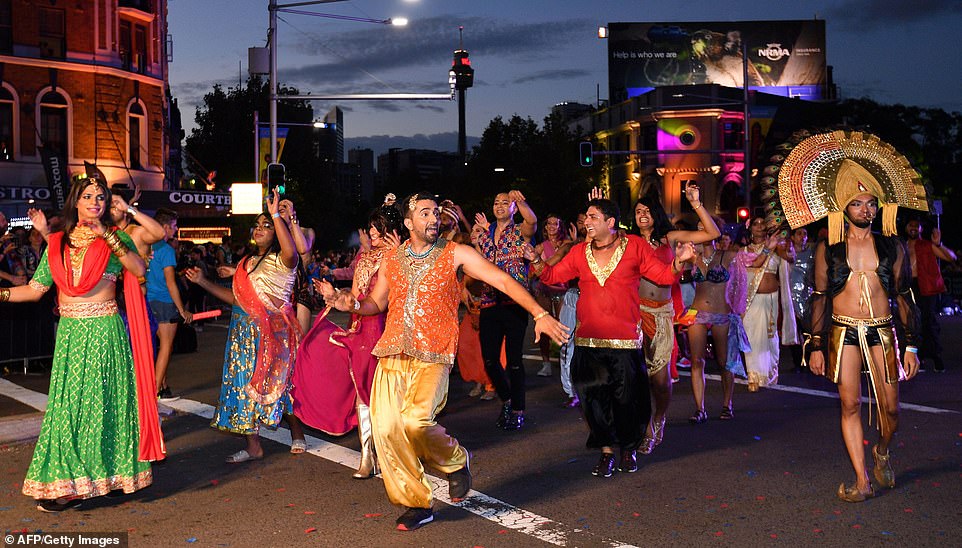 Participants, some of them wearing traditional South Asian attire, participate in the annual parade in central Sydney

200 floats will make their way down the famous Sydney street between 7pm and 11pm, with the event’s theme chosen as ‘Fearless’ for 2019.

Sydney Lord Mayor Clover Moore said the theme aimed to draw attention to the bravery of those in the LGBTQI community who had fought against discrimination.

‘Many LGBTIQ people feel lonely and isolated and Mardi Gras gives you the opportunity to reach out for help, to be fearless,’ he said.

The main parade opened at 7.30pm with a contingent of First Nations participants – highlighting the challenges faced by Aboriginal communities.

The Sydney Mardi Gras parade began in 1978 as a march and commemoration of the 1969 Stonewall Riots of New York.

It is an annual event promoting awareness of gay, lesbian, bisexual and transgender issues and themes. 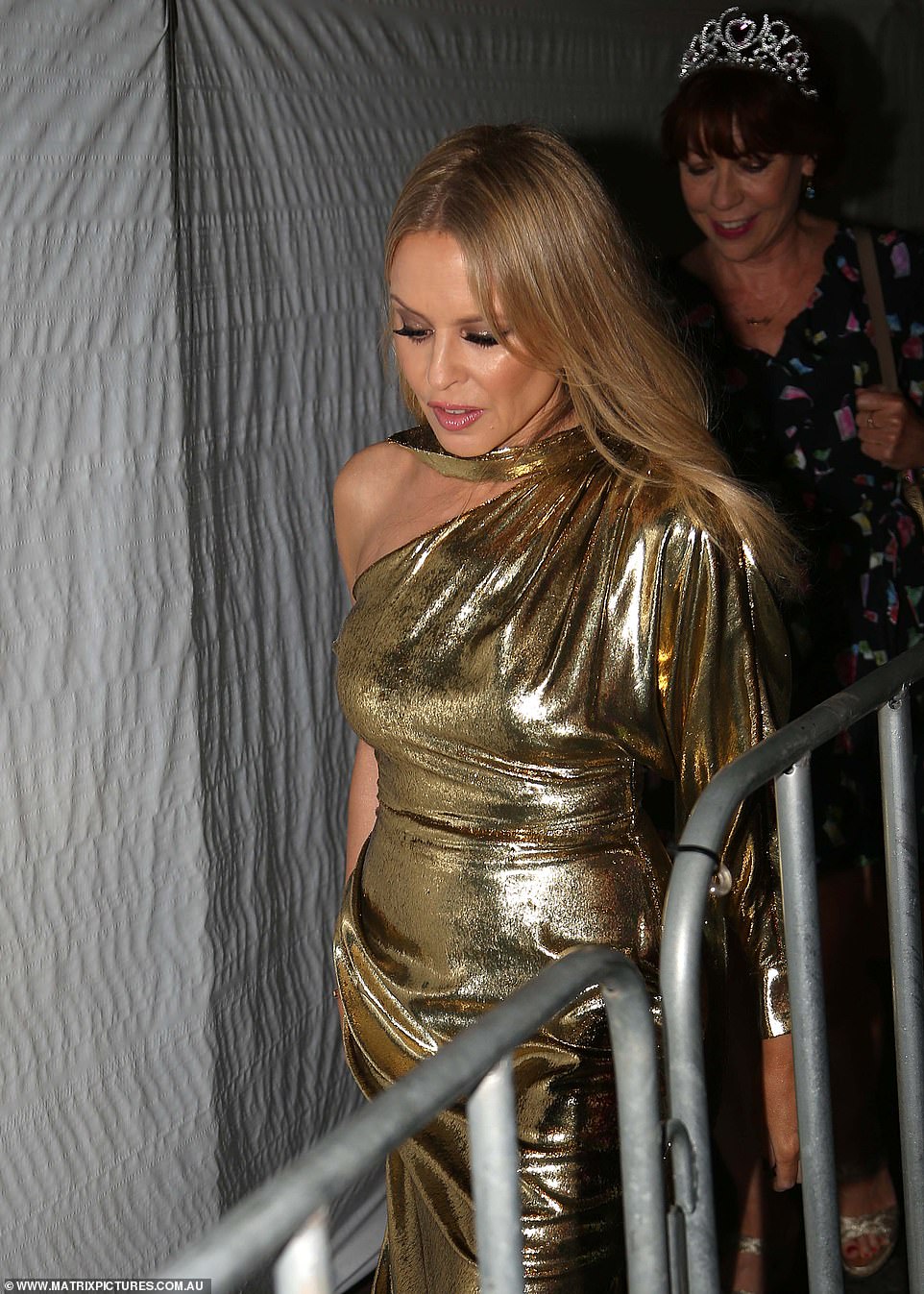