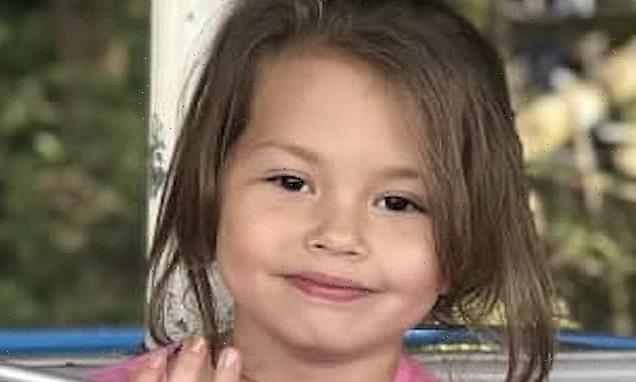 Reward to find little Olivia’s murderers is raised to £200,000 as police reveal gunman who killed nine-year-old was wielding Glock pistol that was used in THREE other Liverpool shootings

Crimestoppers is offering £200,000 for information leading to the conviction of those responsible for the murder of nine-year-old Olivia Pratt-Korbel in Liverpool.

The cash is the biggest single reward offer in the charity’s history a police battle to identify the gunman who killed the primary schoolgirl and shot her mother a month ago.

Olivia died after she was shot in her home when a gunman chased convicted burglar Joseph Nee into the property at about 10pm. A post-mortem examination found her medical cause of death was a gunshot wound to the chest.

Police have arrested nine people in connection with the attack but, so far, no one has been charged with Olivia’s murder as detectives said anyone withholding information in case is ‘protecting the killers’ amid a code of silence within Liverpool’s gangs.

Lord Ashcroft said: ‘This case has been incredibly shocking, not just for those who are directly affected, but also for Liverpool and the nation as a whole.

‘I am delighted that with the support of a private donor, Crimestoppers can now offer a record £200,000 for information to catch Olivia’s killer.’ 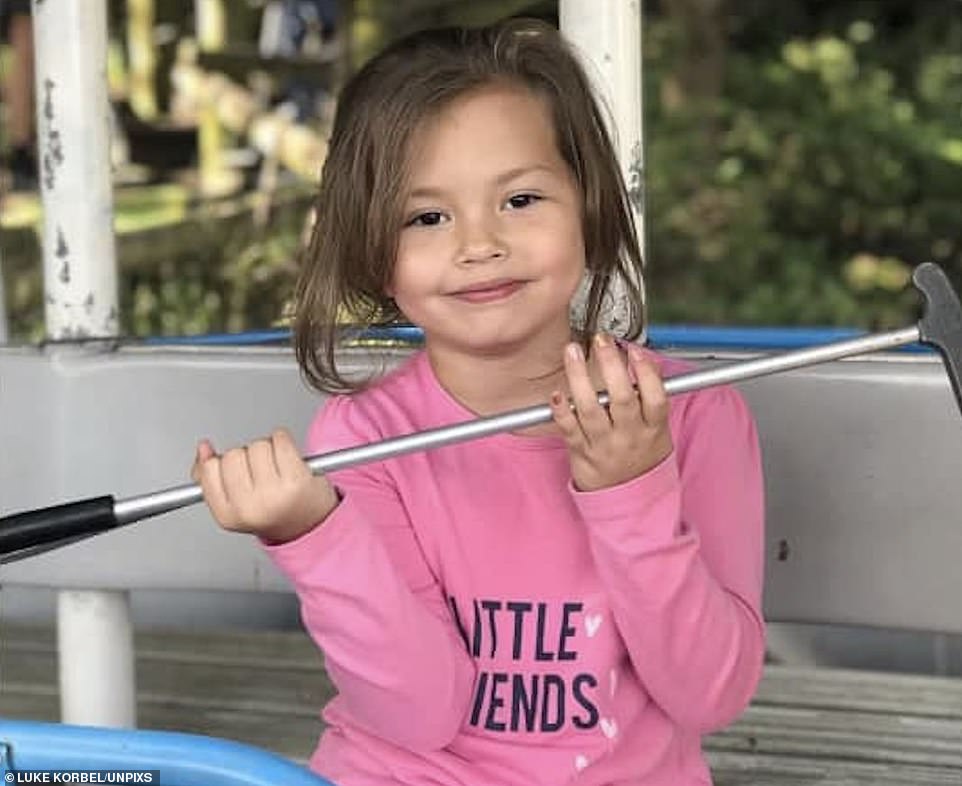 Olivia Pratt-Korbel, nine, died on Monday, August 22, when a gunman burst into her home in Liverpool while chasing 35-year-old Joseph Nee 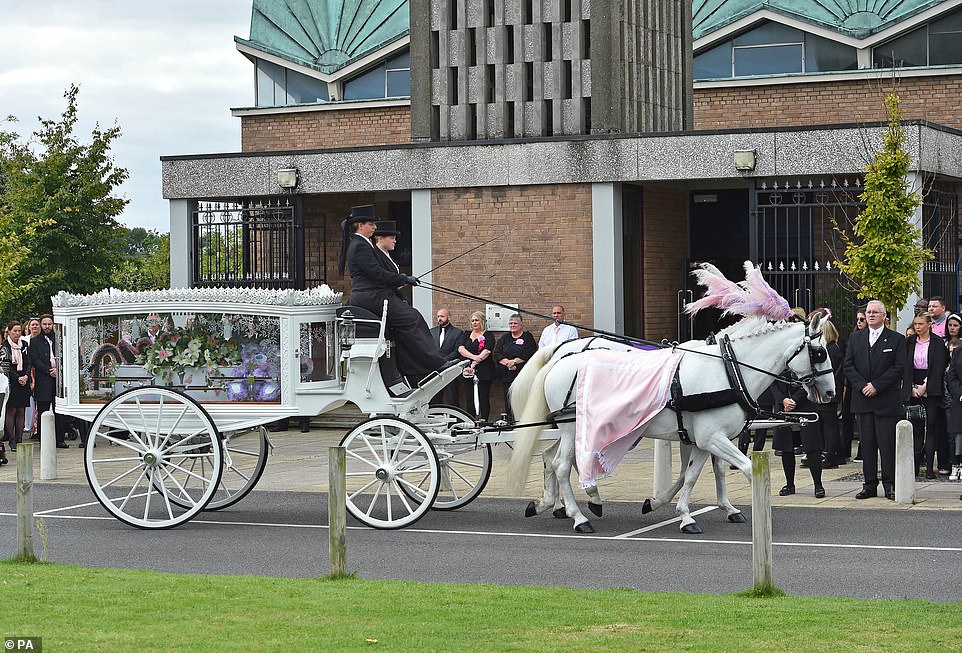 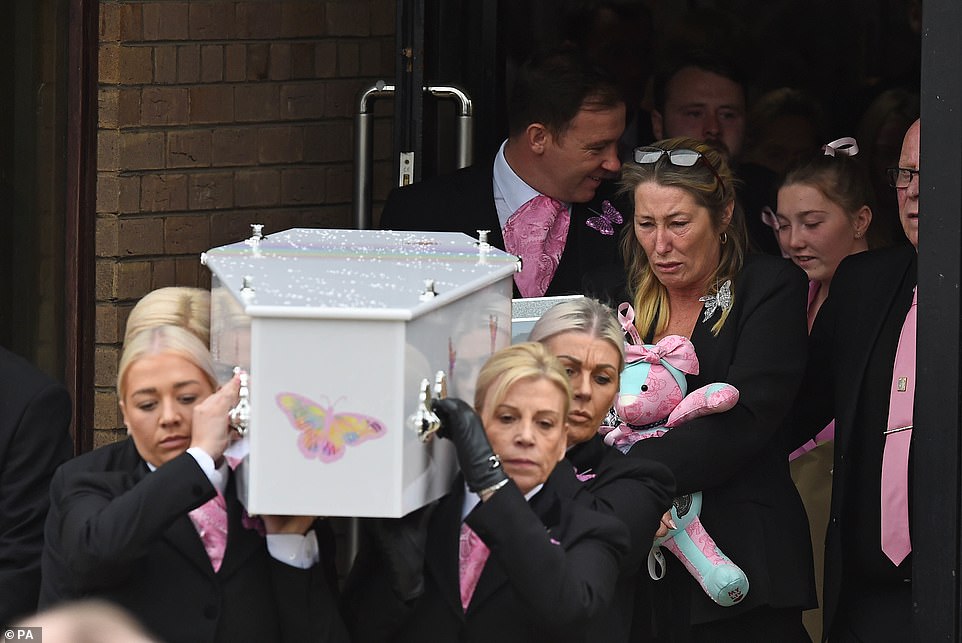 Olivia’s coffin is led out of the church followed by her mother Cheryl Korbel, before a private burial and wake last week 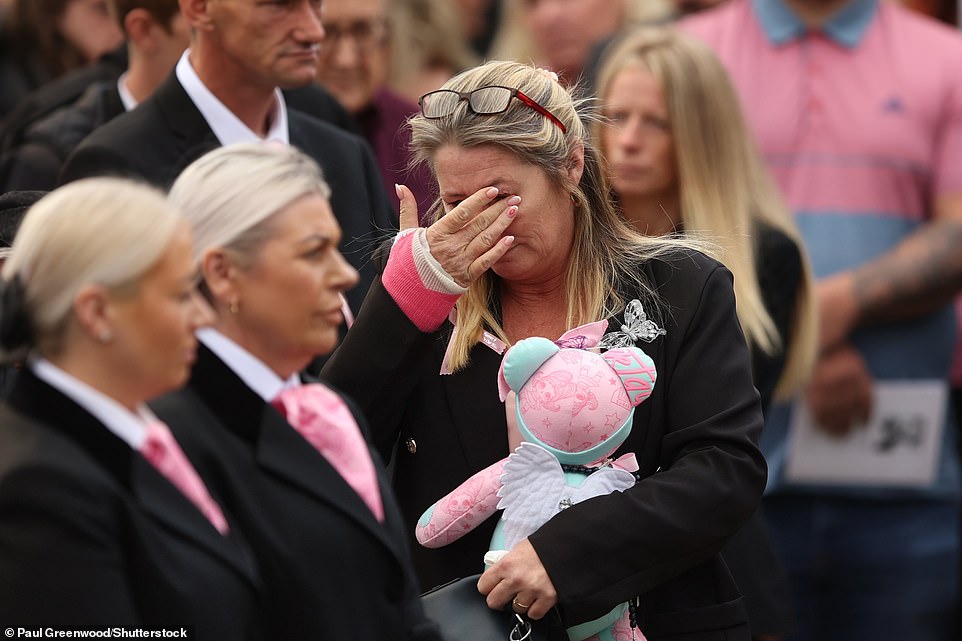 In a eulogy, Olivia’s mother Cheryl Korbel (pictured holding a pink teddy) said: ‘Liv touched so many people’s hearts and was loved and adored by everyone. She will never be forgotten’

Merseyside Detective Chief Superintendent Mark Kameen has appealed for patience as the force investigates the murder of nine-year-old Olivia Pratt-Korbel.

Nine people have been arrested so far but all have been released under investigation.

Speaking at a press conference on Wednesday, he said: “I recognise that people will wonder and question why no one has been charged despite those arrests.

“If I could reassure you that this is normal practice in any complex investigation, the threshold for arresting somebody is far lower than that of charging someone. Please be patient with us. The investigation is progressing.

“The detectives involved in bringing justice for Olivia and her family are working tirelessly with real care and passion to achieve the objective of securing those charges against everyone involved in her murder. No matter how small their role.”

Officers in the investigation have worked more than 15,000 hours, trawled through thousands of hours of CCTV and investigated more than 400 piece of intelligence passed on by the public.

Last week her Olivia’s mother Cheryl Korbel, 46, spoke to a packed congregation of mourners at St Mary Margaret’s Church, in Knotty Ash, Liverpool, a short distance from where the nine-year-old was shot dead in her own home just over three weeks ago.

Hundreds of people, many of them wearing a ‘splash of pink’ at Olivia’s family’s request, lined the streets as the youngster’s coffin was brought to the church by a white, horse-drawn carriage.

Olivia was shot in the chest when a gunman, who was chasing a convicted burglar and drug dealer, burst into her home, firing indiscriminately.

Mrs Korbel was hit in the wrist as she desperately tried to shut her front door, but the bullet also struck her daughter who was standing behind her. The youngster was rushed to hospital but could not be saved. Neither the gunman or his target had any links to Olivia’s family.

Dressed in a black jacket with a pink ribbon, Mrs Korbel told the congregation Olivia, known to family and friends as Liv, had been born six weeks early and spent nine days in a special baby unit.

‘She was so small yet even as a newborn she had her own mind,’ Mrs Korbel said.

She described Olivia’s ‘cheeky smile’ and how she loved animals and to sing and dance.

The mother-of-three added: ‘Olivia was very chatty and bubbly and would talk for England, to the point we thought she had Duracell batteries inside her somewhere.

‘She would have made a great lawyer as she had an answer for everything.’ Ending the eulogy, Mrs Korbel said: ‘Liv touched so many people’s hearts and was loved and adored by everyone.

‘She will never be forgotten.

‘I will never say goodbye but what I will say is goodnight, love you, see you in the morning.’

He described ‘our very own little diva’ and said Olivia was kind, caring and helpful.

Olivia’s white coffin, with butterflies painted on the side, was topped with lilies. Unicorn and teddy bear-shaped floral tributes were placed alongside it in the carriage.

Rebecca Wilkinson, Olivia’s headteacher at St Margaret Mary’s Catholic Junior School, which is next door to the church, attended the funeral.

Pupils have decorated the school railings with pink ribbons, while Olivia’s name has been spelled out in pink hearts in the windows.

Her classmates also painted their nails pink in her memory and watched her favourite film, Matilda, instead of having lessons.

In his homily, Archbishop Malcolm McMahon said Olivia was a ‘gift to her family and all who knew her’.

He said he had faith that ‘Olivia’s untimely death will lead to a community here in Liverpool without violence, that it will become a place of peace and justice.’ Amazing Grace was sung as Olivia’s coffin was carried out of the church.

Her family hugged and wiped away tears while mourners applauded as the cortege left for a private family burial.