Who needs a palace when there’s home sweet home? Behind the Queen’s decision to ‘downsize’ to a Sandringham farmhouse with Prince Philip lie her fond memories of the blissful years she was (almost) an ordinary housewife, writes RICHARD KAY

Usually it is the most poignant of departures, but there will be no such wrench when the Queen leaves Balmoral later this month.

Her stay in Scotland has been all too brief and stripped of many of the pleasures that make summer days on Royal Deeside so memorable.

Unable to welcome friends and family to stay in the castle because of Covid restrictions, she has also been deprived of the unbridled joy of the Ghillies’ Ball, the highlight of her ten-week holiday, where staff and royals let their hair down for a night of vigorous Scottish dancing.

So when she and Prince Philip say their farewells at the end of next week they will have spent little more than half their customary time north of the border.

But in an intriguing break with tradition — and as the Mail reported yesterday — the couple will head for Wood Farm, the spacious but modestly furnished house on the Sandringham estate in Norfolk where they can live the most unassuming of lives. 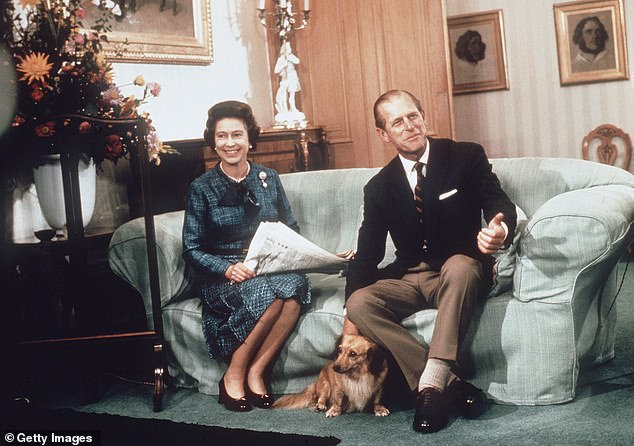 Usually it is the most poignant of departures, but there will be no such wrench when the Queen (pictured with Prince Philip at Balmoral in 1975) leaves Balmoral later this month

There they will spend another fortnight or so before Her Majesty returns to official life at Buckingham Palace.

The five-bedroom farmhouse has often been a bolt-hole away from the formalities of Palace routine. Until the pandemic it had become Philip’s main home after his 2017 retirement from formal royal duties.

He left there in March to join the Queen at Windsor, where they spent four months together with a reduced household nicknamed HMS Bubble. Their trip to Balmoral four months later was the first time they had left Windsor since before Easter.

How significant is it then that the Queen wishes to round off her summer break with a stay at this particular spot?

It is certainly true that Wood Farm is the one royal home where the Queen feels she can escape from the pressures of monarchy and being under the spotlight.

There are far fewer of the rituals that govern her life: Philip has seen to that. The staff, for example, do not always have to wear royal livery — and it is the one residence where the Queen is likely to be seen in the kitchen. 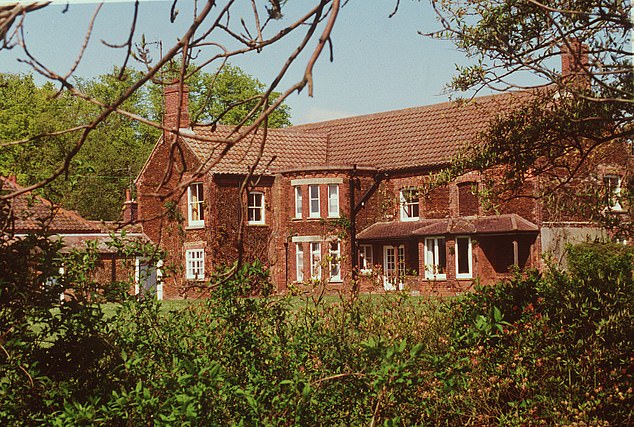 In an intriguing break with tradition — and as the Mail reported yesterday — the couple will head for Wood Farm (pictured), the spacious but modestly furnished house on the Sandringham estate in Norfolk where they can live the most unassuming of lives

The attractions of the farmhouse are not only the domestic set up but also what it means to the couple. The place represents a turning back of the clock to the early years of their marriage and Malta. It was there where Philip was posted as a naval officer and the then Princess Elizabeth, a young mother with an infant Prince Charles, worked for SSAFA, the Armed Forces charity.

There they lived simply in a villa with sea views where the future Queen was at her happiest in the gardens she helped design. She has spoken of the two years from 1949 to 1951 on the island with affection, and as the only period in her life when she lived ‘normally’.

How poignant that after nearly 73 years of marriage they should be echoing those early days.

One way or another, the royal couple have always been a partnership. Philip has shored up the Queen at moments of family crisis, and fortified her in moments of personal doubt. Far more than the children, he was her succour or, as the Queen herself put it on their 50th wedding anniversary, ‘my strength and stay all these years’. 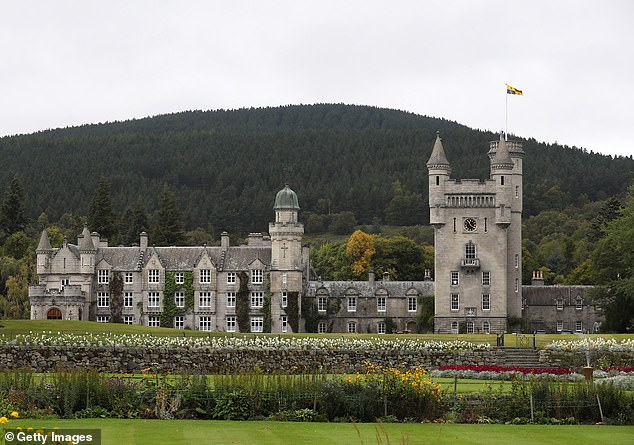 Unable to welcome friends and family to stay in the castle because of Covid restrictions, she has also been deprived of the unbridled joy of the Ghillies’ Ball. Pictured: Balmoral

Without him on engagements, where she never truly overcame her shyness at meeting groups of strangers, it was always Philip who broke the ice. He was the charming, wise-cracking consort paving the way for her at so many events.

Philip’s role, whenever he recognised the signs, was to take over in a subtle way and make sure everything went off smoothly by making people laugh, and therefore relax.

So when he decided three years ago that he wanted to spend his remaining years free of duties, the Queen recognised it was her turn to support him.

‘She has never stopped being grateful for how much he had to sacrifice, from the sudden end of his career in the Royal Navy, to adjusting to being her consort,’ says a lady-in-waiting. Though, interestingly, walking one pace behind his wife on official occasions never really bothered Philip as it might other men.

For many years he hankered after a life where he could paint, read, work on his archive of correspondence and catch up with friends while intruding only rarely into the wider Royal Family.

He had long identified Wood Farm, where he and the Queen always spend a week around Halloween, as the perfect spot. While close enough to the sea for an ex-sailor and to Sandringham House, it also offers privacy and a sense of escape.

However, there was some scratching of heads that on retirement Philip was spending less time with the Queen than before. His wife, however, firmly believed he had earned the right to live his life just as he wished to.

To start with, Philip found it even more rewarding than he dared hope, particularly as he was no longer answerable to anyone but himself. He also had a pastime: a truffle farm. After 12 years this labour of love was finally bearing fruit with a rich and abundant harvest of prized black truffles.

Never extravagant, thanks to a penniless upbringing, as well as membership of the wartime generation where frugality was to be admired, he adjusted quickly. He still had servants, such as long-standing page William Henderson, a housekeeper and a chef.

Nor was it a solitary existence. His most frequent visitor — outside his immediate family (his son Prince Edward and grandson Peter Phillips are especially close) — has been the elegant Countess Mountbatten, the former Lady Penny Romsey, who is more than 30 years his junior.

They were carriage-driving companions for many years and her presence at Wood Farm, where she helped to take care of him, is said to make him happy.

But the Covid crisis changed everything. Philip joined the Queen in lockdown at Windsor and so they have spent more time together over the past six months than they have since those early days on Malta.

Despite such proximity they have not lived in each other’s pockets: the Queen has had her duties as sovereign to attend to when Philip likes to make himself scarce.

All the same, Philip hankered for a return to Sandringham and his royal version of The Good Life. And the Queen, at heart a countrywoman, wanted this, too. She also likes the simple furnishings and open fires at Wood Farm.

‘People do not realise just how deep the attachment is between husband and wife, they have shared so much together,’ says the lady-in-waiting.

Nevertheless there is something surprisingly touching at what some might see as a late flowering of togetherness between two people we all think we know so well.

With great age inevitably has come great loss, especially of close friends, which is why, more than ever, the couple seem dependent on one another.

It may have been anti-Covid measures that brought them back together, but it is mutual affection that has seen them rolling back the years to stay together.