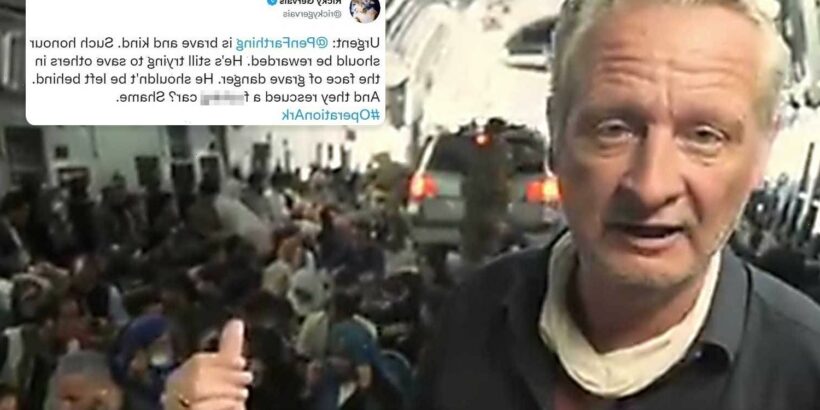 RICKY Gervais has expressed his fury at a "f***ing car" being "rescued" during the evacuation of Afghanistan.

The row erupted as pictures emerged of British troops flying out an armoured car while thousands of desperate Afghans were stranded outside Kabul airport being blocked from boarding flights from the Taliban. 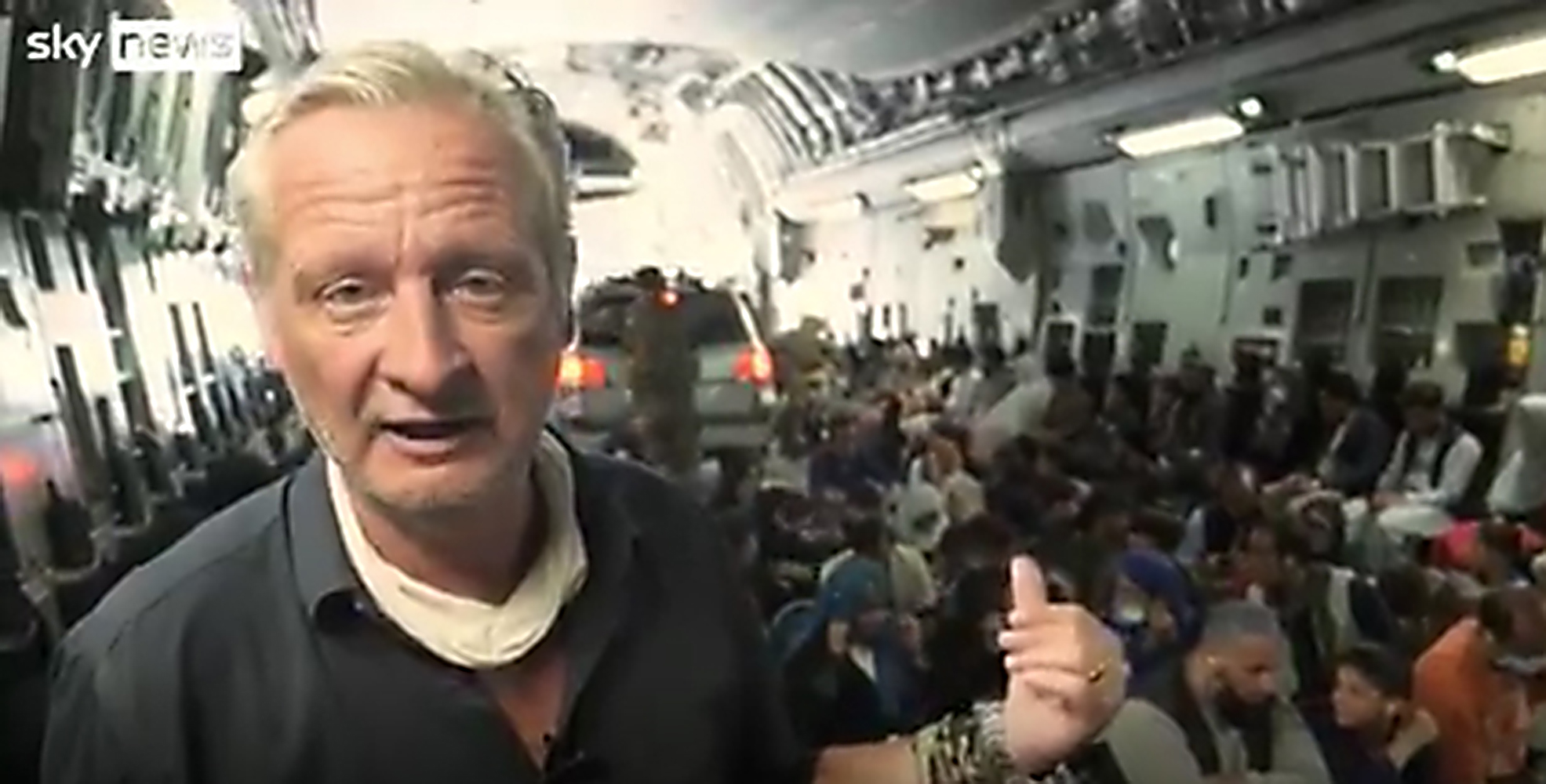 Gervais tweeted: “And they rescued a f***ing car? Shame.”

Officials insisted the car was a diplomatic vehicle and that there was empty space on the flight.

Animals are also facing death row in Afghanistan unless they get a mercy flight with their rescue centre staff.

"1. The animals go in the hold where people can’t go.

"2. This is an extra, privately funded plane that will allow MORE people to be saved.”

The Sun saw 94 dogs and dozens of cats at the Nowzad animal shelter in Taliban controlled Kabul, where former Royal Marine Pen Farthing is racing against the clock to save animals and devoted staff who care for them.

The former commando said the charity he founded in 2007 had raised hundreds of thousands of pounds to charter a private rescue flight – in a mission code named Operation Ark.

The former Colour Sergeant wants to fly 94 dogs, 79 cats and 69 Afghan refugees out of Kabul airport.

But Defence Secretary Ben Wallace slammed Pen’s plan as “bollocks” and said people had to come before pets.

Pen hit back, telling The Sun: “Wallace is signing these dogs’ death warrants – and likewise for the people.”

He insisted his mercy flight would help more people get out, not fewer.

“The MoD can stick whoever they want in those seats. I don’t care. We are paying for it.

"It costs the taxpayer nothing and could be a bit of good news.”

Pen, who served in Helmand in 2006, said all he needed to was approval to land a plane at Kabul airport.

All the dogs and cats from Nowzad’s three sites have been reolcated to the charity's headquarters.

They were cramped into kennels together to be ready to move at a moment’s notice if they get a green light to fly.

They include a dozen British embassy cats – such as Mr Grey, Chopsy, Sweep, and Scar – which were dumped by British diplomats when the embassy collapsed to inside Kabul airport.

At least 15 of the dogs belonged to NGOs and western security companies whose staff have already fled.

Pen said Nowzad’s staff, who have continued to come to work since the Taliban seized Kabul, have packed three days rations – tins, biscuit and water – so the animals can survive at the airport if they have to wait for a flight.

And they have filled a room with travel crates ready to transport them.
But time is running out, Pen warned.

As a former Royal Marine, he says it was too dangerous for him to remain in Afghanistan under Taliban rule when foreign forces leave next week.

“The Taliban may have changed but I don’t want to be here to find out,” he said.

If he can’t get the animals out, he said he would have no choice but to put them down.

One of the first to go would be his beloved Dakota, who only has three legs and is partly paralysed so shuffles around the tiled floor of his office on her rump.

“What else can I do with her?” he asked.

“This is her home. This is what she knows. She won’t last one night on the outside.”

At least five of the dogs in the kennels have only got three legs – including four who live in a kennel together.

Some have already got homes in England they can go to. They have had their rabies tests, Pen said.

The rest would have to quarantine.

“The public response has been amazing. I had 33,000 emails over last weekend,” Pen said.

“People have volunteered to support our staff and their families. The vets have even got job offers once they have retrained.”

He has already made the agonising call to release some of the most recently rescued strays back on to the street.

A dozen of the oldest dogs and a couple of cats which needed surgery have already been put down.

“We didn’t have time to give them the recuperation therapy that they would have needed,” he said.

His real dilemma is what to do with the dogs he has reared since they were puppies.

“We can’t put them out on the street. They are too used to people. They wouldn’t survive,” he said.

Dr Farzad Stanikzai, 24, one of the charity’s vets, said: “These animals are like family to us. How can we leave them?

“I have reared these kittens by hand, feeding them milk when they were wounded. We have nursed the dogs back to health

Juma Khan, 43, a veterinary assistant, said he wanted to flee Afghanistan because people knew that he had worked for foreigners and it was already too dangerous to return to his ancestral village.

“I was in my twenties when the Taliban ruled before. Once they caught me walking along listening to music on a radio,” he said.

“They smashed my radio and took me in their car far from Kabul then said my punishment was to walk home. I don’t want that again.”

Wallace insisted Pen’s staff had all been offered mercy flights – but he insisted they “would have to queue up at the airport like with all other Afghan nationals”.

He snapped: "It's about getting onto the airfield. If he was to get to their airfield now… I would have to push people out of the way to prioritise his people onto an airplane that is there."

Pen declined to say how he planned to get past the Taliban guards who have been turning people back.

But he said he had a secret plan.

“I think Mr Wallace forgets what I used to do for a living,” the ex-Colour Sergeant said.

“He forgets how resourceful we can be.

“If he thinks I am just going to give up he has got another thing coming."
One government source said: "We have got to prioritise.

"We cannot have 200 dogs running past humans trying to get out of an absolutely horrendous situation."

Whitehall insiders said they were trying to get Pen's staff out of Afghanistan, but said it was very unlikely the animals would be rescued.

But The Sun understands that officials in the Environment Department have been working on contingency plans to put the animals in quarantine if they do land in Britain. 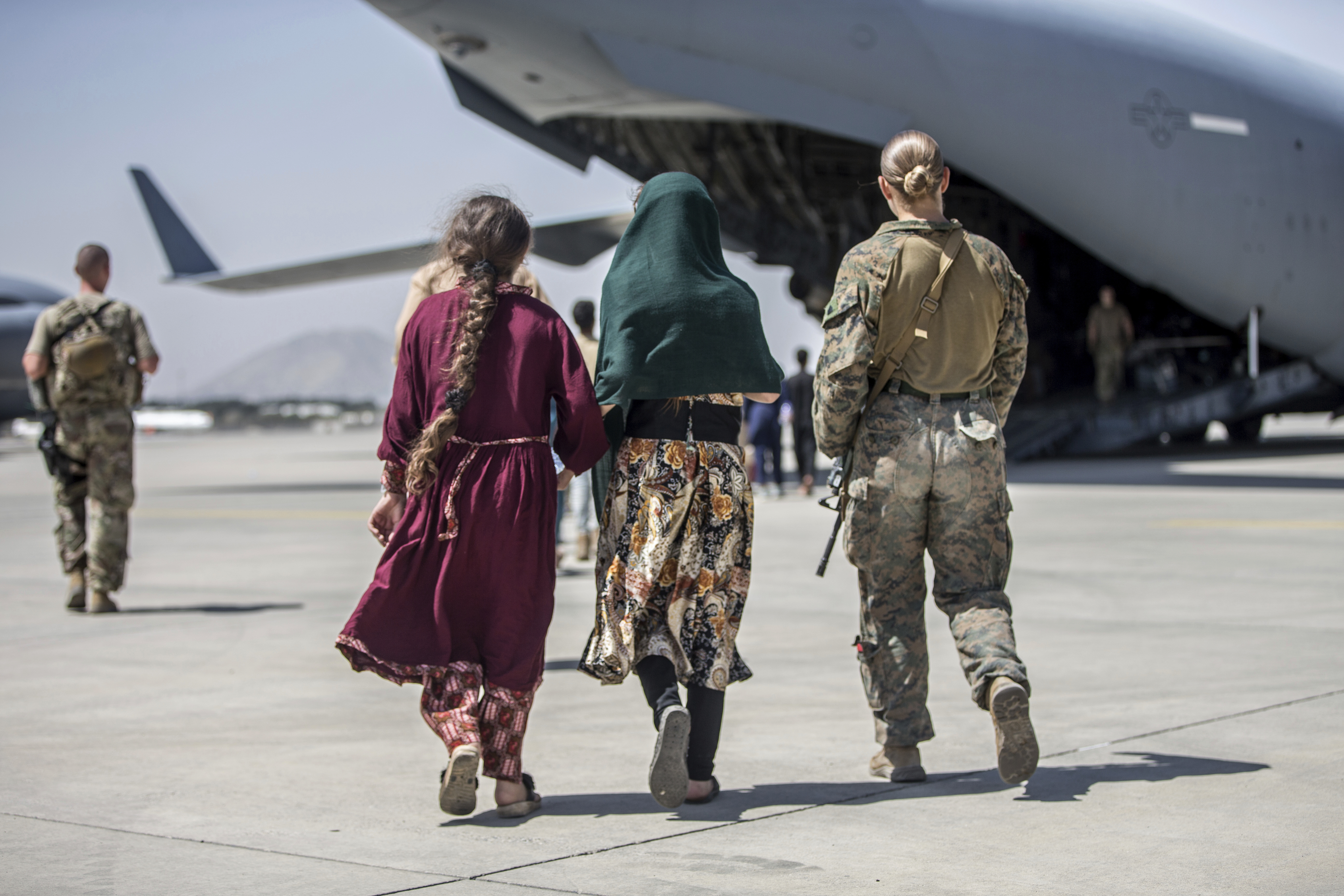