Seoul: North Korea readjusted its time zone to match South Korea's on Saturday and described the change as an early step toward making the long-time rivals "become one". 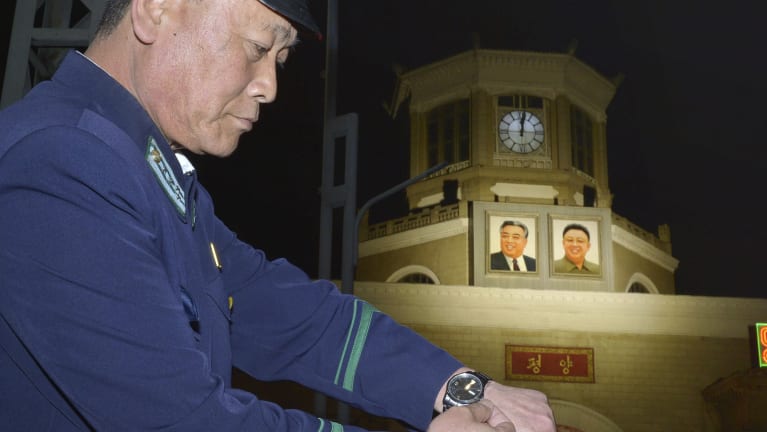 A man adjusts his wristwatch in front of a clock of the Pyongyang Station in Pyongyang, North Korea, early on Saturday.

North Korean leader Kim Jong-un promised to synchronise his country's time zone with the South's during his April 27 talks with South Korean President Moon Jae-in. A dispatch from the North's Korean Central News Agency said that promise was fulfilled Saturday by a decree of the nation's Presidium of the Supreme People's Assembly. 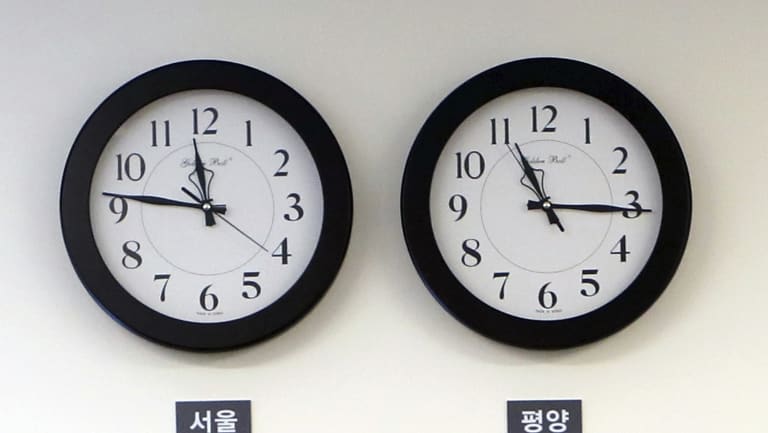 "Pyongyang Time" was created as tensions between the authoritarian country and the US grew over Pyongyang's nuclear weapons program and international sanctions aimed at dismantling it. But in recent months relations between the Koreas have warmed dramatically, with Kim and Moon pledging at their summit to rid their peninsula of nuclear weapons.

The meeting produced many steps toward reconciliation, including an agreement to resume reunions of families separated by the 1950-53 Korean War, though it lacked a breakthrough in the nuclear standoff. Those details await Kim and President Donald Trump, who are expected to meet in the coming weeks.

KCNA earlier said Kim proposed returning North Korea to the South's time zone because it was "a painful wrench to see two clocks indicating Pyongyang and Seoul times hanging on a wall of the summit venue."

The news agency said resynchronizing North and South Korean time was "the first practical step" since the summit "to speed up the process for the north and the south to become one and turn their different and separated things into the same and single ones."

According to South Korea, Kim has said he'd be willing to give up his nukes if the United States commits to a formal end to the war and pledges not to attack the North. But his exact demands for relinquishing weapons that his nation spent decades building remains unclear.

US President Donald Trump said on Saturday a time and place had been agreed for his summit with Kim without revealing the details.

The White House did, however, announce the details of a separate meeting later this month between Trump and South Korean President Moon Jae-in, as the US administration pushed back on a report that Trump was considering the withdrawal of US forces from the allied nation.