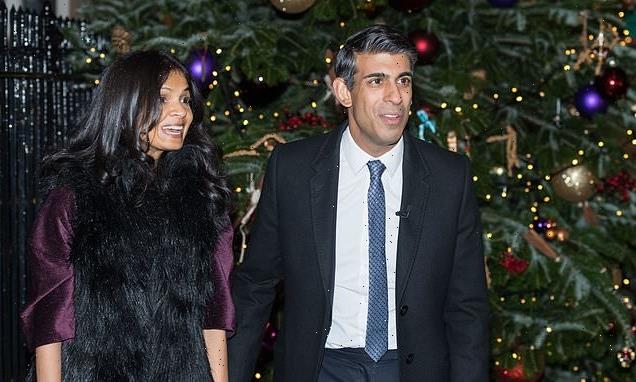 A profile stresses the couple’s desire to foster a lower-key image, even though they are renowned as among the richest in politics.

The PM and Mrs Murty have chosen to occupy the smaller flat above No10 that they refurbished at their own expense when he was Chancellor. They live there with daughters Krishna, 11, and Anoushka, nine.

By contrast the Johnsons followed the example of other recent premiers by using the larger apartment over No11, which they overhauled with the help of an interior designer.

Despite the Tatler profile stressing Mr Sunak and Ms Murty want a less flashy home, it says they have ‘velvet sofas’ in ‘jewel colours’ and ‘opulent’ curtains in the historic property. 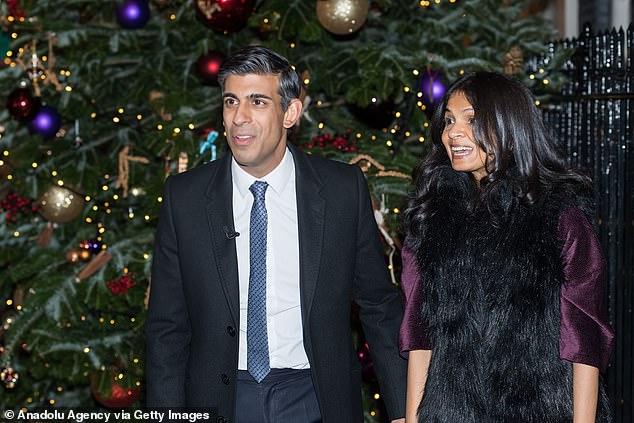 Although the Tatler piece has yet to be published, the contents were previewed in the Times.

Ms Murty – the daughter of an Indian billionaire who met Mr Sunak at university in the US – has not given an interview, but is said to have authorised friends to speak to the publication.

She is portrayed as an ardent Brexiteer who loves Yorkshire and wants Downing Street to ‘open up’.

John Challis, an upholsterer from Mr Sunak’s Richmond constituency in North Yorkshire who has been employed by the couple, described how George Osborne’s ‘very tired’ furnishings in the No10 flat were updated.

‘We made long, fully interlined curtains for all five windows overlooking the garden, hand-pleated and held back with heavy co-ordinating tassels in red, gold and the ivory of the damask,’ he said.

‘The ornate cornicing was hand-gilded and a rug was commissioned to almost fill the room. Akshata was very involved and keen to see how things are made. She is also not afraid of getting stuck in and helping either.’

There are ‘opulent curtains in the entrance areas’ and window seats in most rooms of the flat.

‘Most of the sofas are velvet, in jewel colours, and the cushions also became a work of art,’ Challis added.

Ms Murty is said to be intent on bringing ‘more of the north to Downing Street’.

She added: ‘Over the summer, during the first leadership campaign, it was bruising for her, and the entire family hunkered down in the constituency, and it put its arm around them.’

:: The February issue of Tatler is on sale from Thursday, January 5 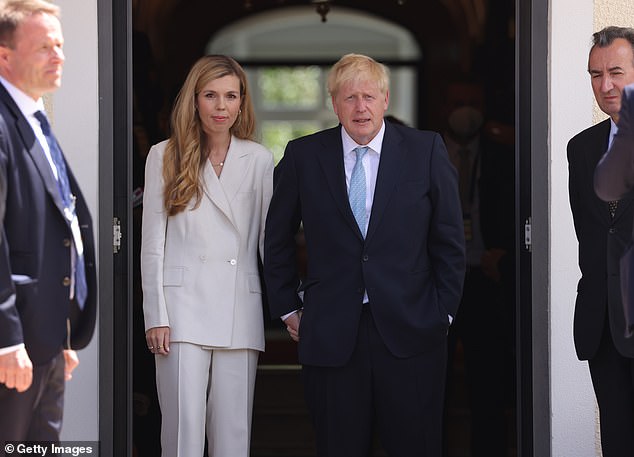