The typical worker can no longer afford to buy an average-sized home anywhere in England and Wales, according to research.

A boom in house prices has squeezed out millions of families, leaving them no option but to choose smaller, ‘hutch’ properties, the estate agent Savills said.

Even buyers with a 25 per cent deposit could not afford an average-sized home in every region of England and Wales, according to the research.

Lawrence Bowles, a research analyst at Savills, said home ownership remained ‘frustratingly out of reach for those who don’t wish to hutch up’.

The average house price has jumped by 47 per cent since the depths of the recession, figures from the Office for National Statistics show. 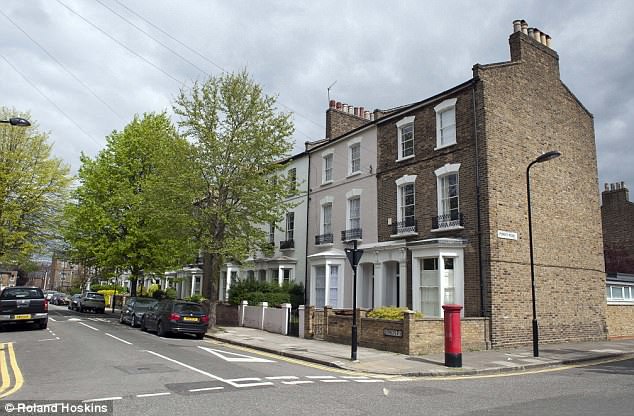 Savills claims a boom in house prices has squeezed out millions of families, leaving them no option but to choose smaller, ‘hutch’ properties. Our stock pictures shows a row of homes 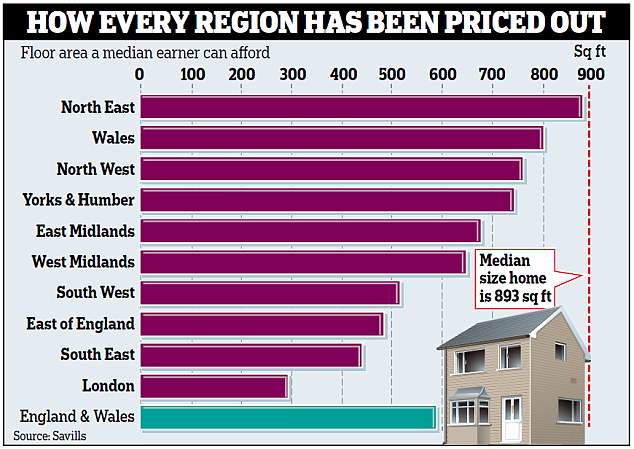 The boom is fuelled by a lack of new homes and foreign investors snapping up more properties.

Savills said the average home was about 893sq ft in size. But even in the North East – England’s most affordable region – it said a worker on a typical salary could now only secure a 884sq ft property with a 25 per cent deposit.

In London, meanwhile, the same deposit would get just 292sq ft. Other particularly expensive cities included Oxford, Cambridge, Brighton and Slough. The Government has been trying to help more people get on to the property ladder by giving first-time buyers loans and by making it easier for developers to build.

Its Help to Buy scheme allows families to put down a 25 per cent deposit on new build homes costing up to £600,000, with the Government stumping up 20 per cent and buyers putting in 5 per cent.

Since Help to Buy was launched in April 2013, families have bought a total of 158,883 properties, taking loans worth £8.27billion from the Government.

Critics claim the scheme has driven up house prices, pushing the dream of home ownership even further out of reach for many families. Polly Neate, of the housing charity Shelter, said: ‘Help to Buy is failing. It’s doing little for the first-time buyers it’s targeted at and nothing to help the families most in need of a home, while inflating house prices.’

He added: ‘Successive governments have failed to build enough homes and so we find ourselves in a housing crisis which locks a whole generation out of ownership unless they are fortunate enough to borrow from the bank of mum and dad.’