The nifty calculator is nearly 90 per cent accurate and has been branded a “great idea” by health campaigners. 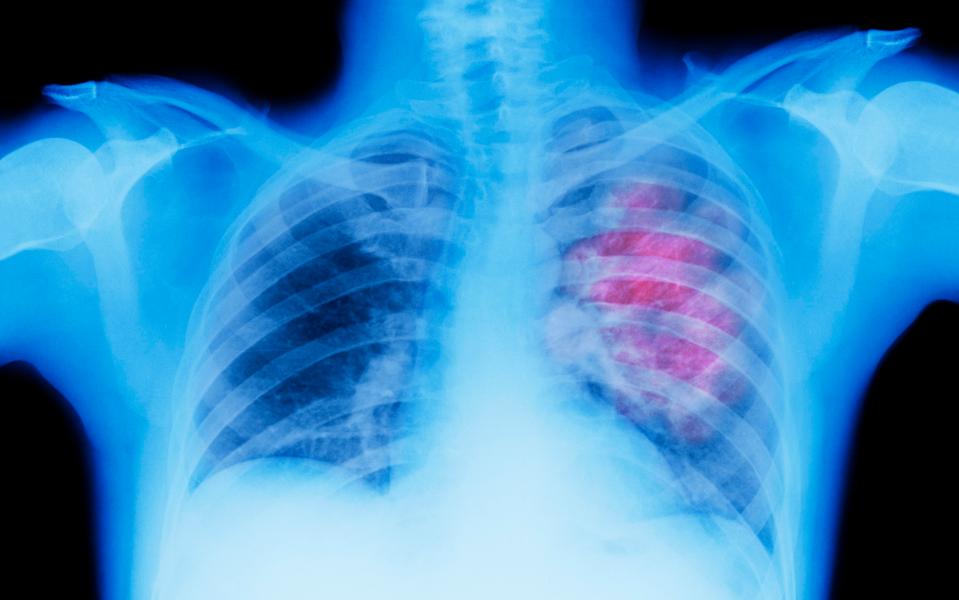 It has been described as the first test that can predict the risk of lung cancer in those not deemed high-risk, including occasional smokers and the young.

Users are quizzed about how long they have been on the fags for – and how many ciggies they puff each day.

But, a team of Greek and Norwegian researchers have added two new risk factors that can lead to lung cancer to the test.

They include: having a cough during certain times of the year and spending a long-time inside smoky rooms. 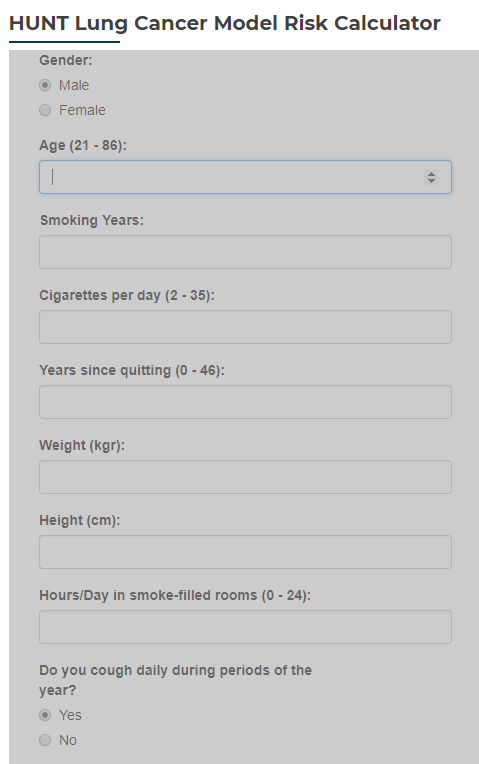 Those who have ditched the fags are asked about how long they given up with the risk dropping sharply over time.

The other two questions revolve around age and BMI.

Researchers agreed on the seven risk factors after assessing a 16-year-long study, with data from around 65,000 adults aged between 20 and 100.

They then used the same factors to try and predict the risk of lung cancer in 45,000 different people.

The findings from the HUNT Lung Cancer Risk Model, have been published in the EBioMedicine journal.

Dr Oluf Dimitri Røe, a senior oncologist at Levanger Hospital in Trøndelag, Norway who led the study, found the test was nearly 88 per cent accurate.

Researchers hope the findings will allow for doctors to cut down on CT scans for smokers they think are at risk of lung cancer.

Dr Røe and colleagues, from the University of Crete, have warned the scans, which use small radiation doses, are expensive and can be harmful.

He said: “The method can reduce the number of people exposed to radiation from unnecessary CT scans, and maximise identification of persons with true risk.

“It is also the first model that can accurately predict lung cancer in light smokers, younger people, and people who quit smoking many years before.”

The researchers are now working on alternative methods of catching lung cancer early, including a simple blood test that could be used alongside the tool.

This could provide even clearer results and further slash the number of people who need CT scans.

The study suggested that six per cent of these have never smoked, while 21 per cent were under 55-years-old.