You sellin’ to me? Open-plan London flat with views of St Paul’s Cathedral and the Shard once owned by Robert De Niro goes on market for £750,000 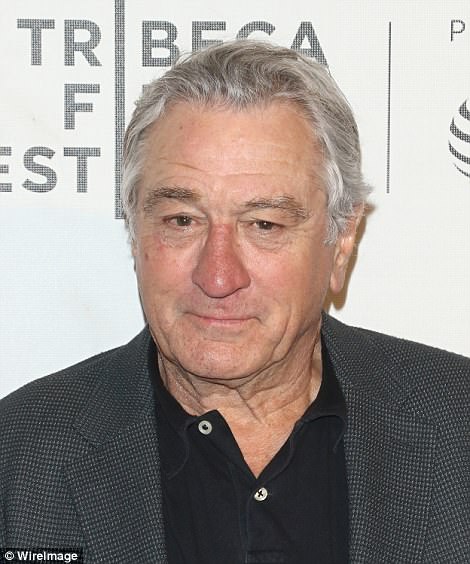 Hollywood legend Robert De Niro’s old British flat has gone on the market for a huge £750,000.

The loft apartment, on the mean streets of Southbank, central London, was snapped up by the Goodfellas actor back in 2001 with floor-to-ceiling views of the capital’s skyline.

De Niro is understood to have originally bought the flat as an investment but it has since swapped hands.

The open-plan, two-bed property includes a high spec kitchen and bathroom finished with all modern fittings and is the perfect pad for a city slicker.

With sleek stainless steel worktops and huge American walnut dining table, the property has a classy celebrity feel, sure to attract and elite buyer.

The apartment also includes a 1,300sq foot outdoor terrace with 360-degree views of the city, including St Paul’s Cathedral, the London Eye, the Shard, Tower Bridge and Canary Wharf.

It’s the first time the property, in the converted Hartley’s jam factory, has been for sale on the open market, with Brazilian walnut floors and iguzzini lighting system.

It was reported that the star’s purchase was, ‘sure to do the same for Southwark as he did for the Tribeca area of New York – a district which became ultra chic after he invested in residential and commercial properties there..’

Will Clark, Managing Director at SellMyHome.co.uk: ‘The Hartley’s Jam Factory, which dates back to the early 1900s when it was built for Sir William Hartley’s jam-making business, was redeveloped around 15 years ago.

‘Since then, the area around it has undergone much change and is now a sought after location. 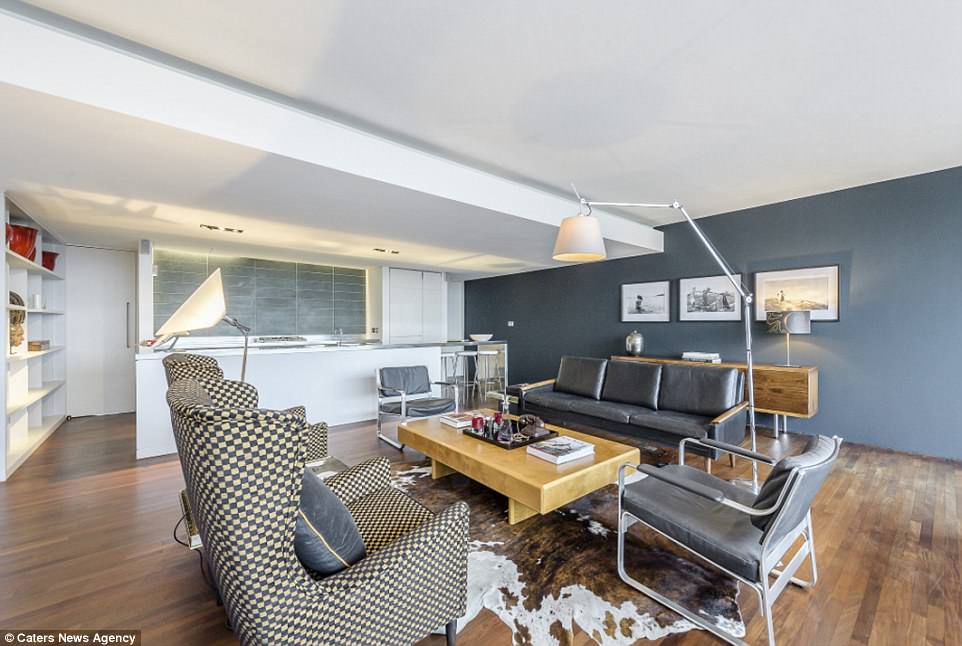 The Jam Factory apartment has modern fittings and is said to be the perfect pad for a city slicker – costing £750,000 on the open market for the first time 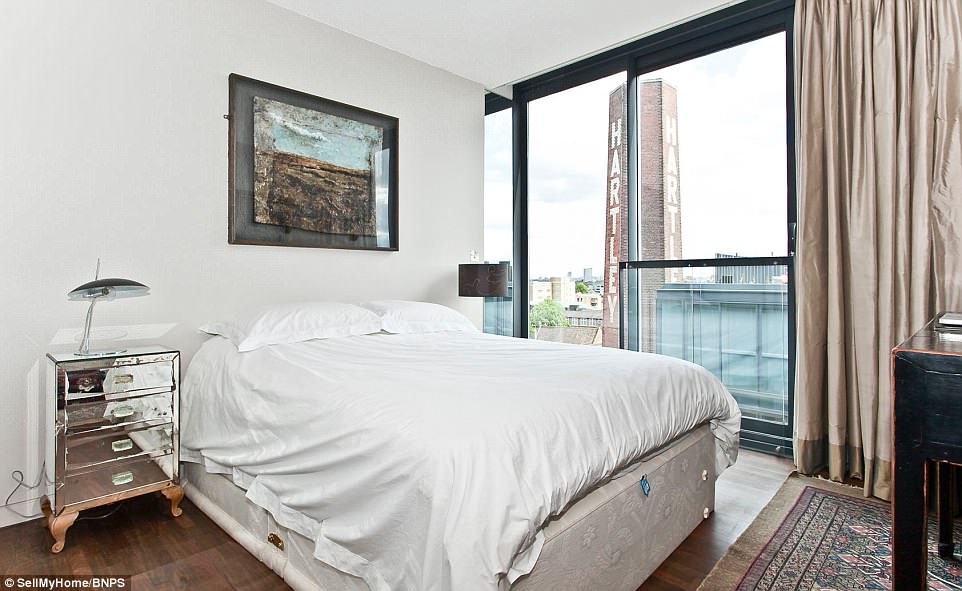 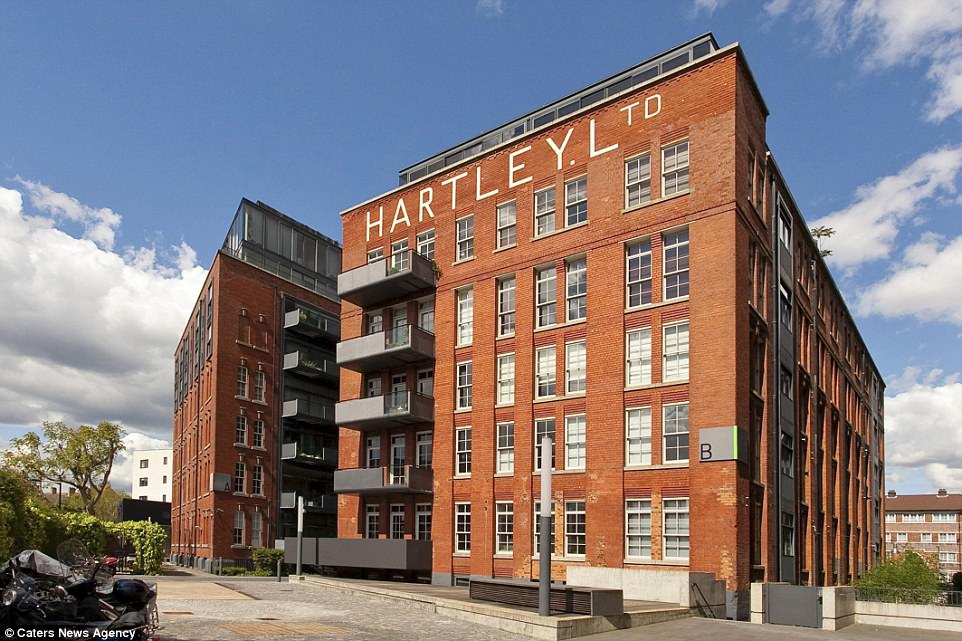 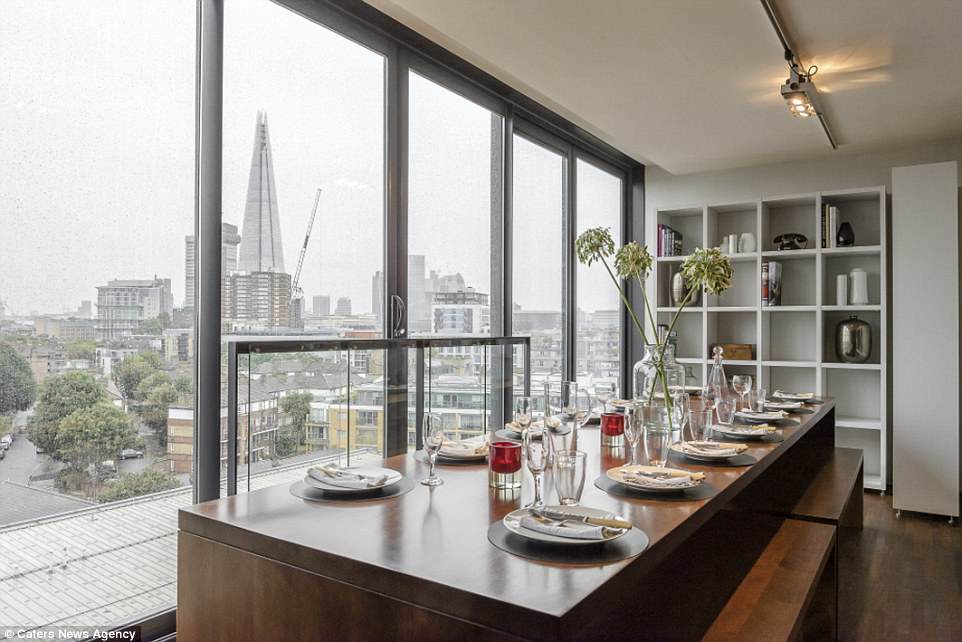 ‘We are thrilled to be selling the penthouse apartment which has never before been available on the open market.

‘One of the most appealing characteristics of this property is its views.

‘The views of some of London’s most iconic buildings either direct from the large roof garden of the property or from inside through the floor to ceiling windows are simply breathtaking. 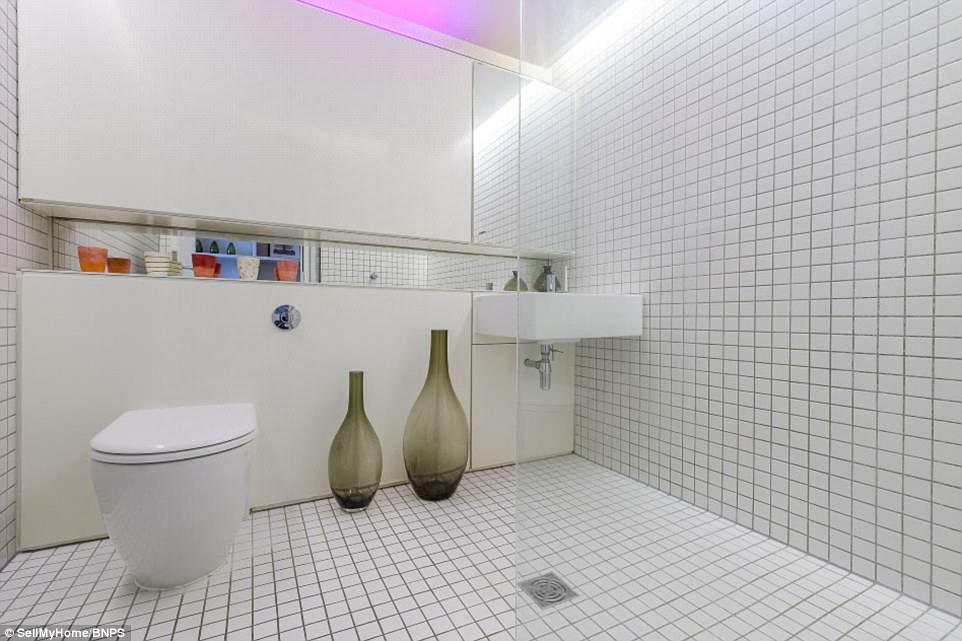 The Bermondsey, south London apartment has an open shower (pictured) in its bathroom – developers acquired the site after the jam factory was closed 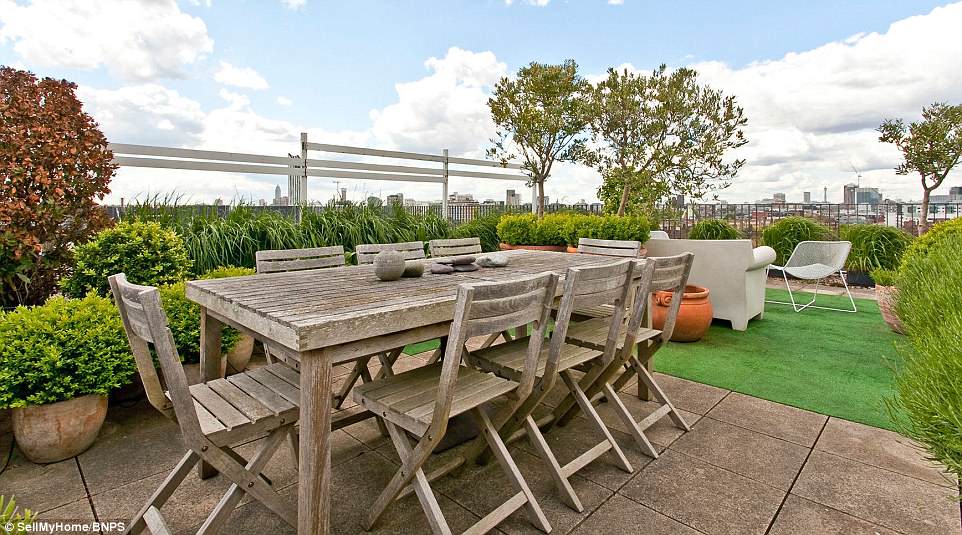 Not a bad view: The luxury penthouse could be a home to any up and coming star wanting a great view of the capital’s skyline

‘St Paul’s, the London Eye, the Shard, Tower Bridge and Canary Wharf are all visible the apartment.’

The property is for sale with sellmyhome.co.uk 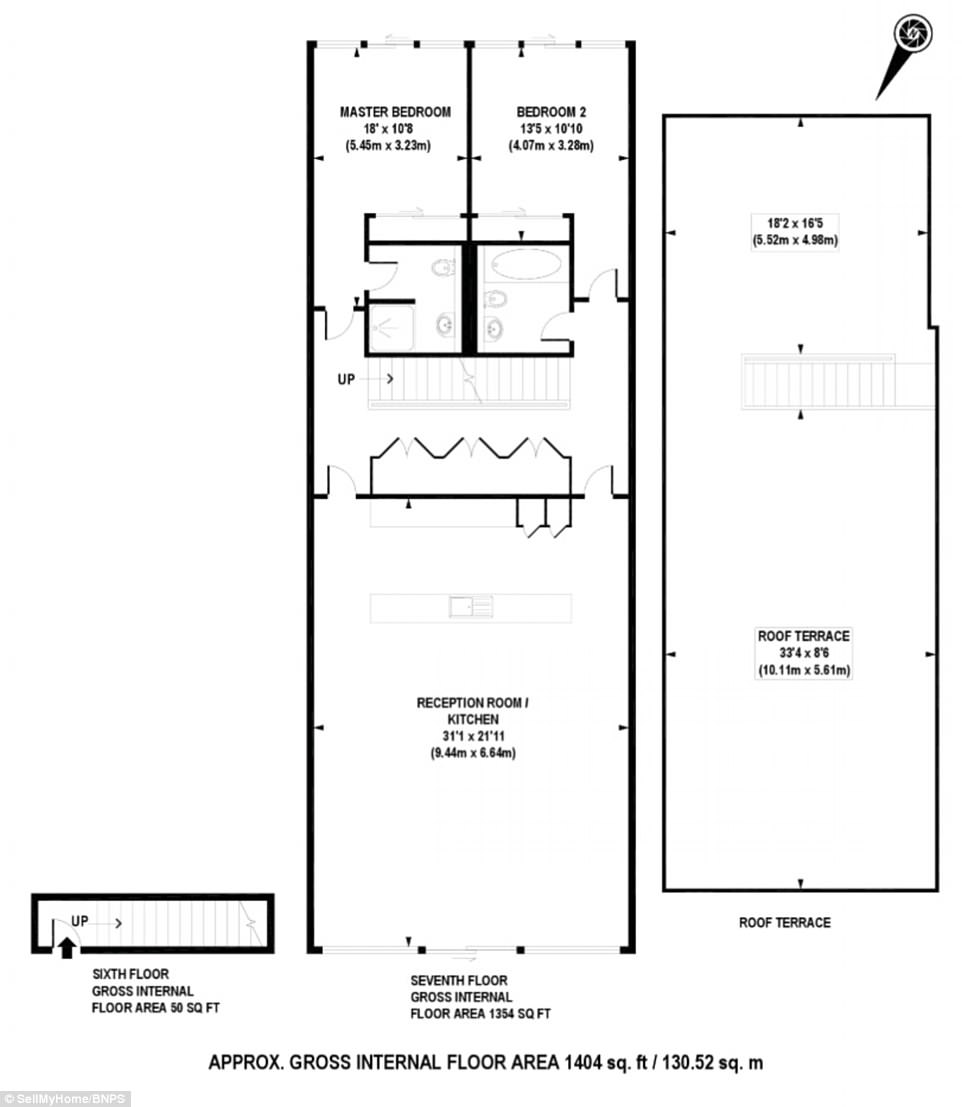 The floor plan of the apartment: The roof terrace is one of the biggest features while the kitchen and living room is more than ample for entertaining guests