Romans looked perplexed at the sight of this year’s 70-foot Christmas tree hoisted into position Monday in the city’s central square of Piazza Venezia.

What they saw, with a mix of dismay and amusement, was a strangely-shaped fir tree with a number of its longest branches missing in the middle.

Rome’s Christmas tree last year, dubbed “Spelacchio” — which translates to “mangy,” due to its threadbare appearance — became a source of public teasing for the city’s mayor and council in national and international media. This year’s tree does not look like much of an improvement, and was immediately dubbed “Spelacchio #2.”

The building company working on this year’s installation announced Monday that the longer branches were sawed off to allow for safe transport from Northern Italy, and that the tree would regain a more traditional Christmas tree-like shape before its star turn in the lighting ceremony this Saturday. Made resplendent with 600 lights and 500 Christmas ornaments, a specially cordoned off area is planned in the square so that people can pose for photos throughout the holiday season. 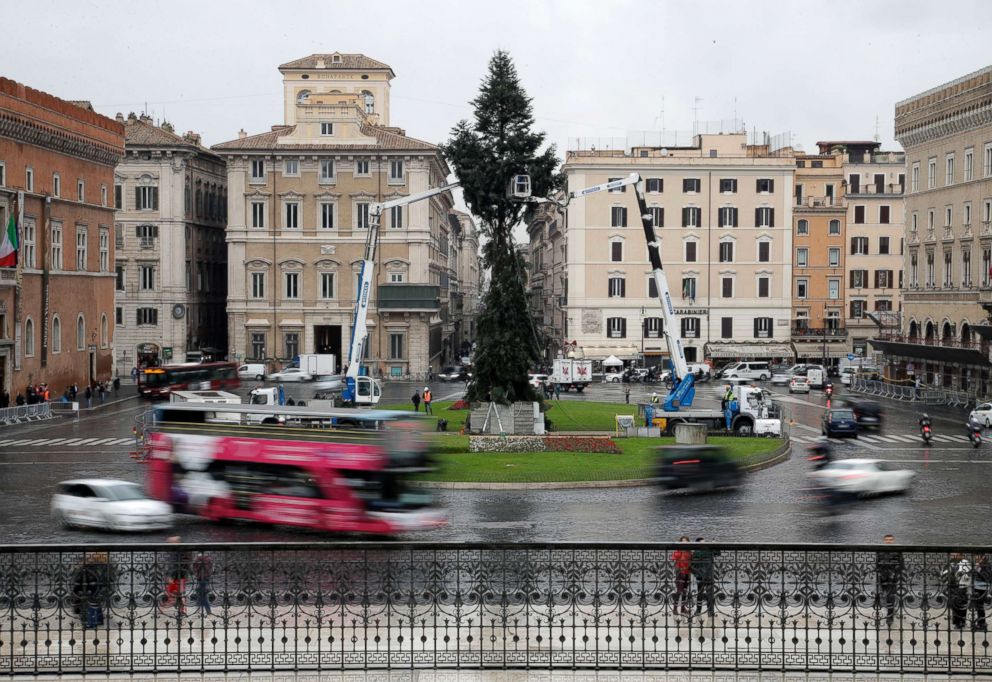 Last year’s sorry specimen of a tree, seen as a symbol of the capital’s poverty, took on a persona of its own, complete with its own parody twitter account which tweeted its own death. The butt of many jokes, it won affection with Rome’s residents and visitors in the end when city council officials prnounced it dead.

This year, it has reappeared as the “star” in a recently-released Italian advertisement for Netflix, the sponsor of this year’s tree.

Embattled Rome mayor, Virginia Raggi, will be at the tree lighting ceremony Saturday.

Lampooned about this year’s tree and criticized about her her sluggishness dealing with the capital’s endless problems — including last year’s Christmas tree — Ragi joked on her Facebook page that “Spelacchio” deserved the best actor award for Christmas 2018.

With Netflix -– not the city of Rome — footing the 376,000 euro cost for the tree and its installation, and considering the media buzz it has already generated, the mayor and the city council might just get the last laugh about this year’s Spelacchio.