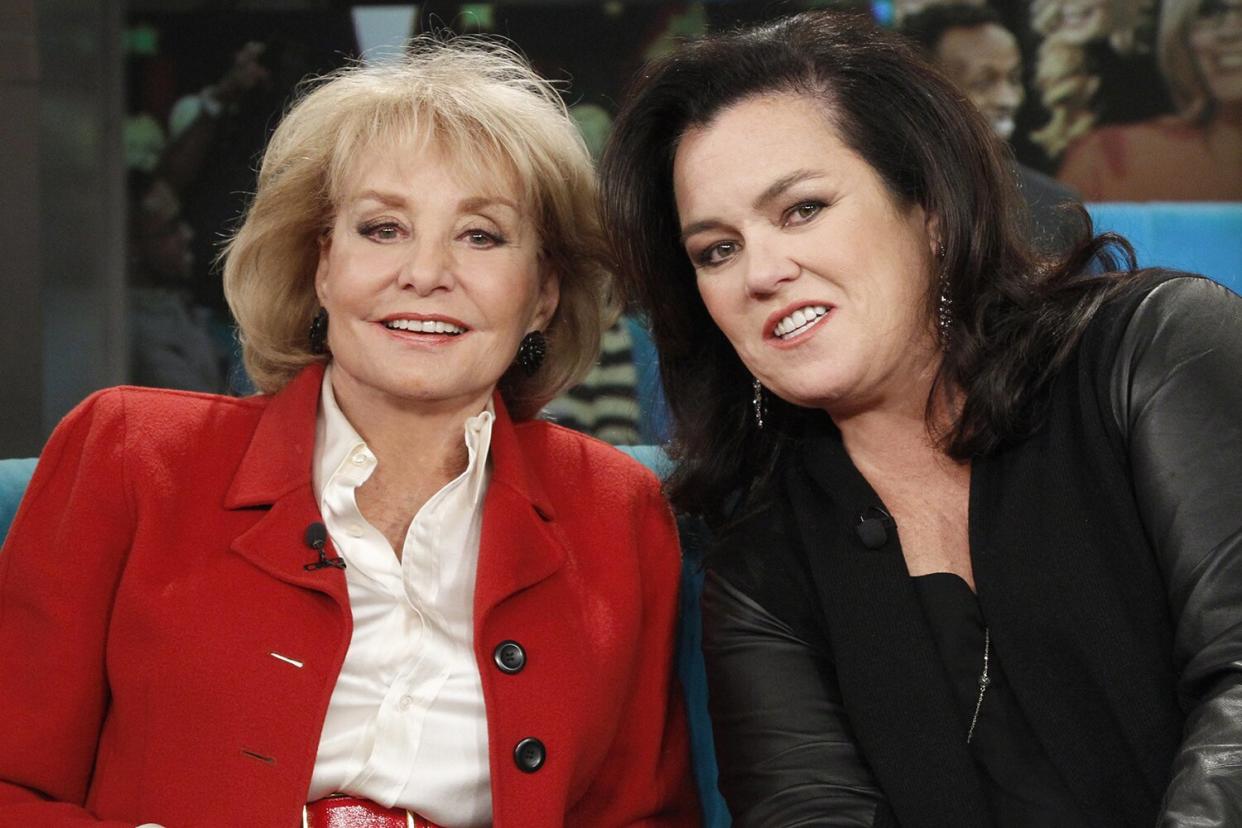 Rosie O’Donnell is explaining her decision to not take part in The View‘s tribute to Barbara Walters.

The comedian and longtime talk show host explained her personal choice to a fan who said they were looking out for her on the special tribute to the pioneering journalist, who died last Friday evening at age 93.

“I looked on you on BW tribute today,” the fan wrote on O’Donnell’s TikTok, the comment popping up in a bubble on the screen.

“Yeah, they invited me, but I wasn’t able to make it,” O’Donnell, 60, responded in a subdued tone, sharing it on her Instagram.

“You know, I didn’t want to be in a big group of people — I was worried that I would get upset and um, didn’t want to do that, so, there you go,” she said, wearing a black and white sweater with ghost illustrations and matching black and metal-rimmed glasses.

RELATED: Katie Couric Calls Barbara Walters ‘the OG of Female Broadcasters’ in Tribute After Her Death

RELATED: The View Co-Hosts Still Have to ‘Process’ the Loss of Barbara Walters: She ‘Was the OG’

Weighing in on the exchange, pal Debi Mazar said that “Mourning is personal&PRIVATE A display for PR purposes is kind of vulgar, in my opinion.”

“Barbara ADORED you,” she added. “Remember when she came backstage after your wonderful performance in The Vagina Monologues? She came just for you.❤️”

Another fan concurred: “I’m glad you were invited…I think your post was a beautiful loving tribute to Barbara. No obligation for you to be there, we all can only do what we are able to do.” 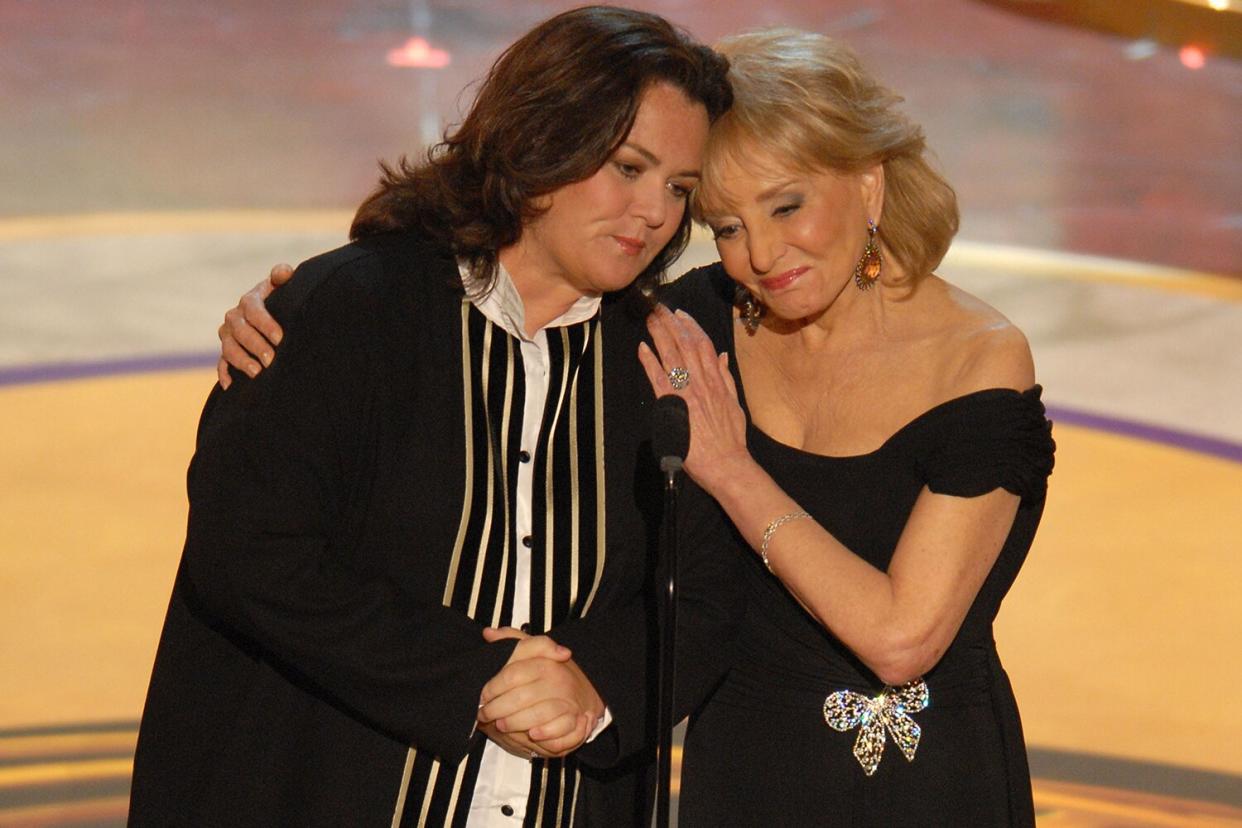 Each spoke about Walters and her legacy as a trailblazer, noting the doors she opened for them.

RELATED: Rosie O’Donnell Says She Was ‘Lucky Enough’ to Be in Barbara Walters’ Orbit Following Her Death

Following the legendary broadcaster’s death, O’Donnell posted a video on her Instagram to pay tribute to Walters, noting she was “very sad” to hear the news of her passing.

“What a long and eventful legendary life she had,” the mom-of-five continued, remembering the newscaster’s longevity. “Spoke to every prominent world leader in memory, interviewed everyone who’s anyone, and I was lucky enough to be in her orbit for a good many years.”

Never miss a story — sign up for PEOPLE’s free daily newsletter to stay up-to-date on the best of what PEOPLE has to offer, from juicy celebrity news to compelling human interest stories.

Reflecting on the time they spent together, O’Donnell added, “We saw a lot of Broadway shows together, and whenever we go backstage, I’d, like, try to help her, you know, over the steps backstage and she would always smack my hand and tell me to leave her alone. She [knew] what she was doing I could tell you that.”

RELATED: Rosie O’Donnell Shares How Ellen DeGeneres Hurt Her Feelings: ‘I Never Really Got Over It’

“May she rest in peace and may everyone remember just what barriers she broke down for women,” concluded O’Donnell. “She really did, she was the first, and will always be remembered.”

Walters’ death was confirmed on Friday by her rep Cindi Berger who told PEOPLE: “Barbara Walters passed away peacefully in her home surrounded by loved ones. She lived a big life.”

“She lived her life with no regrets,” Berger’s statement continued. “She was a trailblazer not only for female journalists, but for all women.”