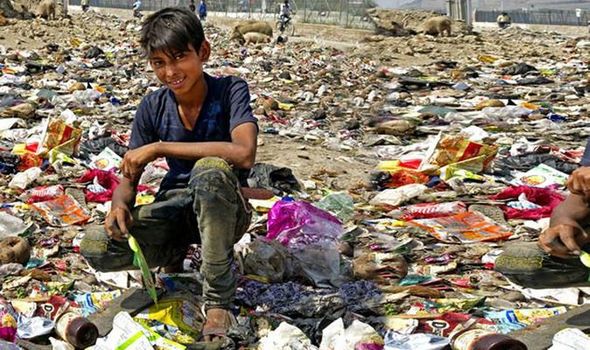 We found him caked in dirt, trawling through used nappies and rotting food for plastic that can be sold for recycling. If he is lucky, he will earn about £1 a day. His workplace is an unofficial dump a couple of miles from Ghazipur, sandwiched between a fume-filled main road and sprawling slums. Amal, the eldest of six, was hoping to earn enough to feed his family. He said: “I’m only interested in plastic that can be recycled. “I sell a large bag for 40 rupees (50p) and in a day, I can fill between one-anda-half to two bags.” Amal is part of an unofficial army of litter pickers which the Chintan Environmental Research and Action Group describes as “true environmentalists”. It wants the pickers to be recognised and trained to become the solution to India’s waste crisis.

Currently, they help recycle about 60 per cent of India’s waste, passing it to shops who then sell it on to recycling firms.

Disease These are tiny rewards for back-breaking work in the blazing sun, and disease is rife.

But Amal is not picking litter through choice. 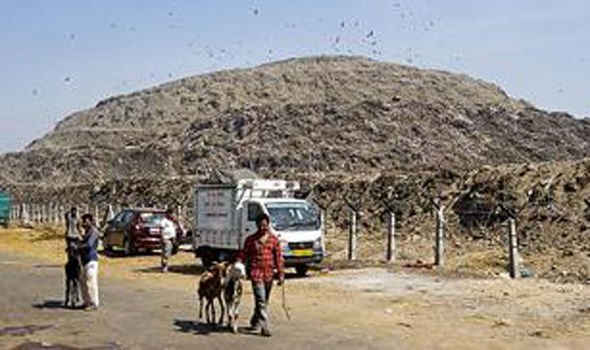 “I’ve been doing this for a year,” he said. “My family needs the money.

When asked about his dream job, Amal gave a sad smile and said: “I’d like to be a mechanic.”

Then he bent down and resumed his lonely quest to turn plastic into cash.